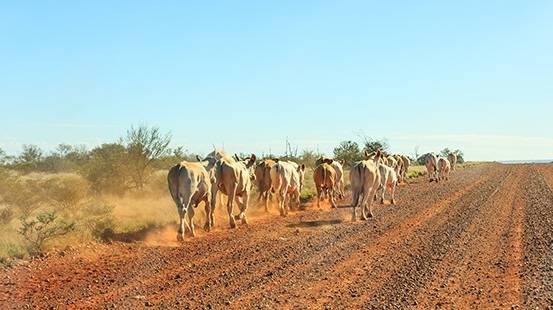 There is a wide gender gap when it comes to access to and use of information and communications technologies (ICTs). But Australia’s regional cattle industry is bucking the trend.

Australia was the world’s largest beef exporter in 2015. But with an increased demand for Australian beef products and a shortage of rural workers, cattle farmers are turning to on-farm technology to boost production efficiency requirements.

And women are leading the charge, according to Rachel Hay, researcher at James Cook University, Australia. Hay’s research focuses on the engagement of women and technology in agriculture, specifically in the Queensland territory, which has the country’s largest heads of cattle (some 11.3 million) and accounts for nearly half of Australia’s beef and veal production.

“Women are definitely embracing technology in the cattle production sector in Queensland [more] than other industries, including sugar cane or other cropping,” Hay told ITU News. “Women seem to have a natural ability to learn technology and to teach themselves things, and I think that comes out of necessity … A lot of women said, ‘if I don’t do it no one else will do it, and it has to be done, so I have to do it.’”

According to Hay’s research, women cattle grazers are embracing rural technology. This not only has distinct economic benefits, it but highlights a shift away from men as sole decision makers in agribusinesses. Women are playing a larger role in farming diversiﬁcation and productive partnerships.

When conducting her field research, Hay explained that the women she interviewed, “said they were empowered by the use of technology.”

This has largely been driven by communication, the evolution of which – from email to social media – has made technology more attractive to women.

“Communication was a big driver. But when they moved into social media, they started to do things like selling their cattle on Facebook, for example,” explained Hay.

By using their social networks, female farmers are able to get a base price for their cattle and find new buyers, spreading the benefits further.

Moreover, Hay said that the use of technology “definitely has a positive impact in terms of marketing their cattle, communication, education.” Her research shows that when asked the top three reasons why internet access is important, 100% of the participants ranked completing business administration tasks such as banking, paying accounts and complying with industry requirements as the most vital.

“You can see the more connected that the Australian rural communities are becoming, the more open to adopting technology they are,” says Hays. “But the women behind that are still the driver.”

The rural region suffers from slow Internet speeds, drop outs and expensive connections. A female-led advocacy group, Better Internet for Rural, Regional and Remote Australia (BIRRR) are a “group of farming mothers that are fighting to have better connectivity to the Internet in those rural and remote areas,” Hay explained.

“We are all mums living in the bush, juggling multiple roles and challenges, and we all live with limited data and connectivity,” BIRRR co-founder, Kristy Sparrow, told ITU News. “The BIRRR admin are amazing rural women, each with their own specialty. We do have several men who assist behind the scenes.”

With over 8,000 members on Facebook, ITU News asked Sparrow about some of the groups’ main successes. Here’s her response: “So far the BIRRR team has had success in lobbying Telstra to un-meter key distance education sites, lobbying nbn for an education port for distance education, lobbying nbn to be more accountable and set up a rural and remote contact centre, conducting a large scale bush internet survey, troubleshooting members internet issues and assisting a large number of people to be changed from satellite to fixed wireless nbn.”

Share via
Women use tech to drive cattle farming business in rural Australia
https://news.itu.int/women-use-tech-to-drive-cattle-farming-business-in-rural-australia/
X
Promoting women’s digital entrepreneurship at ITU Telecom World…ICT4SDGBy Theadora Mills Women business owners and entrepreneurs from across Thailand joined ITU Telecom World to benefit from training sessions to use onlin…
Send this to a friend