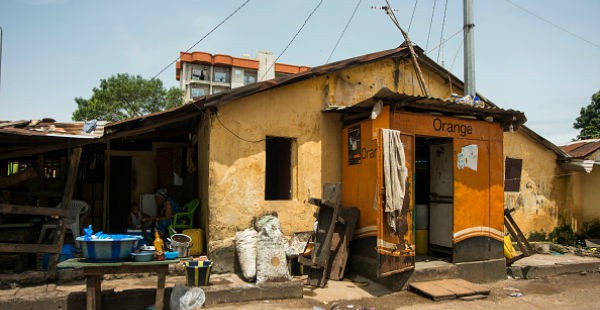 The high price of smartphones often locks those living on the lowest incomes out of today’s digital economy, though they arguably have the most to gain from smartphone ownership.

PayJoy, a digital finance start-up, has developed an innovative new business model to support smartphone growth for “thin-file” consumers with limited resources and little or no credit profiles.

PayJoy’s device-management software in effect turns smartphones into software-enabled collateral that allows third-party institutional lenders to finance the smartphone upfront and consumers to pay in monthly installments. If customers fail to keep up with their payment plan, ‘intelligent’ software pre-installed on the phone will block access to data and other services.

Currently only available in the United States, the solution has great potential for developing markets where many of the more than two-thirds of the world’s population (over 5 billion people) still do not yet own a smartphone.

“It is really exciting to me that we can use smartphone technology itself to enable finance for a smartphone, and there is a bigger picture where the smartphone enables all kinds of financial services on a modern digital mobile platform: online banking, mobile credit card / digital wallet, money transfer services, etc.”

It is this potential that led Orange Digital Ventures to invest USD 8.5 million in PayJoy.

“This investment in PayJoy further demonstrates the Orange group’s ambition to support and accelerate the digital evolution of our customers globally, and in particular for our 110 million customers in Africa and the Middle East,” said Pierre Louette, Orange’s CEO Delegate in charge of Orange Digital Ventures.

“Partnering with Orange, one of the world’s major mobile network operators, will allow us to benefit from Orange’s immense experience and also provides a boost of legitimacy,” says Picket. “Orange has tremendous experience with customers from the least to the most developed [countries], and will be a fantastic partner for PayJoy in our goal to bring mobile finance and digital financial services to the next billion consumers.”

It represents a huge opportunity for Orange, who have launched a number of new digital services in Africa to benefit from the launch of 3G/4G services.

“Data is a huge stake in Africa right now. It is growing very fast, but we are trying as an operator to remove all the barriers for the people to be able to connect to the internet, which is really transforming the lives of people and the business they are doing – the way they live, and so on.”

Since its launch in Côte d’Ivoire in 2008, their digital financial service, Orange Money, is now used by 18 million customers in 14 countries across Africa. With 2 billion adults unbanked globally, mobile money helps insert those on a low income into the banking sector: 12 percent of adults (64 million people) in Sub-Saharan Africa have a mobile money account, compared to only 2% of adults globally.

‘A win-win for everyone’

Citing the fast pace of digital transformation and future opportunities such as the Internet of Things, Olawale Ayeni, Principal, Startup Investments from Orange Silicon Valley told ITU News that the project is a “win-win for everyone.”

Smartphones drive economic empowerment, providing users with opportunities for education, e-commerce and e-health. Retail businesses could benefit from mobile payment systems, teachers and students could access up-to-date information, and doctors could have new ways to access their patients.

However, smartphone device ownership does not automatically ensure connectivity. Though 2 billion people around the world who do not have a smartphone have access to the internet, they may still be priced out: mobile broadband costs 1-2% of average monthly income in developed countries, compared with 11-25% of average monthly income in developing countries. Users must be able to afford mobile broadband to fully enjoy the benefits of smartphone ownership.

Share via
Will Orange\'s PayJoy investment help overcome the connectivity price barrier?
https://news.itu.int/will-oranges-payjoy-investment-help-overcome-the-connectivity-price-barrier/
X
Will Pokémon Go help AR leapfrog VR?Emerging TrendsBy Carolyn MathasPokémon Go continues to dominate the headlines, but as the world becomes captivated by the augmented reality (AR) experience, what ca…
Send this to a friend