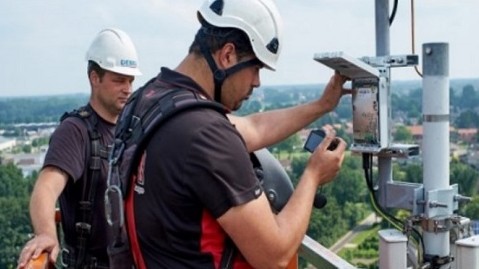 Mobile World Congress (MWC) in Barcelona this month is shaping up to be a bit of an IoT-fest, with the spotlight on low-powered network standards and offerings. The last year has seen this end of the market get properly serious with the unlicensed spectrum users – LoRa Alliance and Sigfox especially – getting traction with both telcos and ‘other’ players including embedded device manufacturers like Advantech and the likes of Samsung in consumer electronics.

Meanwhile the GSMA is pointing out that the 3GPP-endorsed narrowband technology (NB-IoT) is now up and running with the first networks operational and no doubt more to follow (perhaps even announced at the upcoming MWC).

This month, for instance, Vodafone launched its first  NB-IoT network in (guess where) Spain, with a view to connecting more than 100 million new devices – first in Valencia and Madrid and then quickly on to Barcelona, Bilboa, Malaga and Seville – by the end of March. It plans to have more than 1,000 mobile sites up and running NB-IoT in Spain by the end of the first quarter this year.

If you’re imagining extensive construction work at cell towers, don’t. The thing to keep in mind with all narrowband IoT deployment is how infrastructure-light it is.

All that’s needed for an NB-IoT installation is a software change because the narrowband signals occupy slivers of spectrum and so can utilise the existing guard bands that protect the channels in the standard set-up. Now that’s agile.

It’s a similar story for the unlicensed players. They have to provide infrastructure, of course, but the combination of vast signal range and compact base station equipment  – for Sigfox in particular – means relatively light upfront investment for the physical network build.

So once the networks are all up and running the competitive action is likely to turn to the other end of the LPWAN business model –  the devices and the embedded radio technology to connect them. There should be a lot on-show at MWC.

The GSMA sees its licensed LPWA networks as a means to complement LTE-M with its higher speeds and costs – mopping up, as it were, by deploying NB-IoT on 2G and 4G cellular networks. This way, it says, mobile operators can cover all use cases, ensuring customer choice and helping the IoT market to flourish.

LoRa can’t go ‘up’ the network speed hierarchy like that, but maybe it could go sideways. One of the interesting ideas being floated at MWC is hybridisation – not between licensed and unlicensed players, although that is clearly a possible move as things heat up – but between unlicensed and ‘on premises’ networks.

The elephant in the room, not often mentioned by LPWAN promoters, is WiFi. Most analyst projections have WiFi and other ‘indoor’ standards like Zigbee taking a majority chunk of what we currently understand as the IoT connectivity market as consumers introduce more and more connected devices into their homes.

An outfit called TrackNet is showcasing its solution at MWC to enable telcos to tap that indoor IoT market by supporting LoRa at short range at the WiFi hub. This way, it says, operators could “deliver additional services to their customers while expanding indoor network coverage with an optimal network deployment cost structure. One major cable operator in the USA has already committed to deploying the system with this hybrid strategy, and TrackNet believes there is a great opportunity for operators in Europe,” since most of them deliver broadband (complete with WiFi hub) into the home already and can spice up their connected home offerings using it.