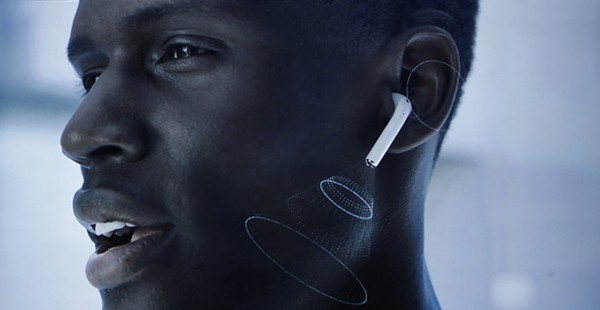 Why AirPods may be pivotal to Apple’s AI push

The iPhone 7’s AirPods wireless headphones have divided analyst opinion: Is the W1 chipset – Apple’s first-ever wireless chip – a game changer or does it lack originality?

The AirPods’ W1 chipset is important, because it enables Apple to move iOS-based accessory purchases from third parties and industry standards to Apple’s product families.

But the larger importance of the AirPods could be in how they help accelerate Apple’s artificial intelligence (AI) push.

“With respect to Apple’s push into AI, I think their strategy is part of a larger industry shift towards ubiquitous computing,” says IHS Principal Analyst for wireless communications, Wayne Lam. “I think Google’s Sundar Pichai put it best when he said, ‘…we are moving from a mobile-first paradigm to an AI-first paradigm.’”

Of the AirPods, Lam indicated that users will now see their last barrier to use AI and Siri (Apple’s voice-powered virtual assistant) disappear as the ability to interact with Siri is constant.

The launch of the AirPods comes just months after Apple opened Siri up to developers, which is important for a variety of reasons. Of course, it will enrich the applications experience for Apple Devices, and its APIs connect with Slack, WhatsApp, WeChat, Uber, Photo Search, SquareCash, CarPlay and more.

“Now, after the strategic shift has been announced, we’re seeing the full compliment of hardware/product strategy that is moving to support that effort to make Siri the center of their ecosystem (e.g. Apple Auto, homekit, MacOS, etc.),” says Lam.

It’s early days still, and the AirPods’ primary, immediate value may be more as an accessory.

“I see AirPods as an accessory play first, and not necessarily focused on Siri access or advancing Siri as a platform. […] Siri is only part of the value equation for AirPods as an accessory, their primary appeal is as a lightweight, always-connected way to enjoy music and telephony, that pairs easily across iOS devices,” Erickson said.

Erickson does expect more from Apple and Siri in the future, however, explaining that the hands-free implementations of Siri will be more impactful, such as in CarPlay and the use of Siri in the home in products akin to Amazon Echo and the recently announced Google Home. He believes that Apple will launch a competing Siri-powered product under its own brand, the Beats Audio brand, or via partners soon.

AI is also new Apple territory in some respects. In order to compete, “Apple will need to increase personalization by accessing user data across services that it is not traditionally accustomed to, and will need to continue its aggressive investment drive to acquire AI and machine-learning capabilities,” said Erickson.

The company is making continuous investments to ensure that future. For example, it just picked up Seattle-based Turi for a rumored price tag of $100 million. The startup focuses on AI and machine learning. It’s difficult, however, to know where the technology it buys will land first. Apple has started to build machine learning into macOS and iOS, and both machine learning and AI are critical to autonomous vehicles.

But Apple has its work cut out for it. “Though Apple is investing heavily in AI to fortify Siri’s back-end capabilities as a virtual assistant, Google’s capabilities are considered deeper and more powerful,” Erickson says. “Google Assistant leverages Google’s deep trove of user data across web services, combined with Google’s Knowledge Graph and machine learning, powerful search capability, and voice recognition of over 50 languages to provide more powerful personalization and predictive capabilities than Siri is capable of.”

Why AirPods may be pivotal to Apple's AI push

Share via
Why AirPods may be pivotal to Apple\'s AI push
https://news.itu.int/why-airpods-may-be-pivotal-to-apples-ai-push/
X
Google and Facebook invest in trans-Pacific infrastructure…CloudBy Lucy Spencer:Google and Facebook have teamed up to build the largest-capacity trans-Pacific undersea internet cable to date, between Los Angeles to…
Send this to a friend