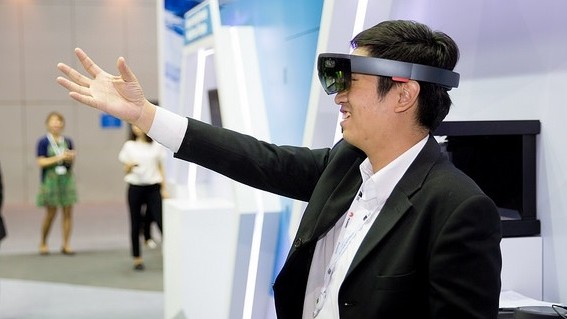 In 2017, many technologies will move from science-fiction to product realities. At the heart of this year’s trends is artificial intelligence (AI), but as we will see, there are others that are expected to explode during 2017.

Artificial Intelligence: The ‘AI of Everything’

While AI applications are already embedded in industries such as computer science, finance, and medicine, forecasters are betting on the expansion of AI into the infrastructure of nearly every industry, setting the stage for the “AI of Everything.”

“We’re very interested in artificial intelligence and how it is used in consumer platforms, such as how to collect more data, in target advertising and in such apps as autonomous vehicles and drones and robotics,” said Tom Morrod, Senior Director of Consumer Electronics at IHS Markit.

“This is especially compelling in deep machine learning where outcomes lead to conclusions based on the information involved. Trial and error and repetition now result in a broader base of pattern recognition. It is machine learning that has moved AI technology into a deep level of understanding.”

Revenue from the global AI market is expected to grow from $643.7 million in 2016 to $38.8 billion by 2025, according to market intelligence firm Tractica.

Virtual Technologies: The calm before the surge?

According to ABI Research, augmented reality (AR) and virtual reality (VR) head-worn device shipments are on course to reach 37 million by 2018. Like most highly hyped technologies, there will exist a bit of a quiet period before mass adoption of AR and VR becomes a reality.

What happens in this quiet period? Serious design and technology adoption and applications that will magically seem like they just appeared. Commercialization will be seen this year in industrial and professional apps such as medical rehab, interactive films, retail and more. The key will be moving from “seeing” to real interaction before immersion takes hold.

Morrod believes that it will be at least another year for big announcements, even though a lot is happening with the technology. “The commercial application for virtual reality in design is very significant,” says Morrod. “When you get down into augmented and mixed reality, you begin to open a much wider base of potential users. There will be a greater focus this year on interaction and immersion from today’s headset viewing capabilities.”

The Cloud of Clouds

Industry analysts from CIO predict that the global public cloud market will top $146 billion in 2017, up from $87 billion in 2015, growing at a 22 percent compound annual growth rate.

Facing this wave of growth, both public and private cloud services are expected to trend towards the king of clouds, or the Meta-cloud, which is in fact multiple clouds that are accessed from a single web interface. In addition, data centers are moving closer to end users to add greater speed and bandwidth.

Low-Power networks and the Internet of Things (IoT)

With potentially billions of IoT connected devices by 2020 and beyond, companies have realized the need for low-power wide-area network (LPWAN) to power the connected IoT environment.

The IoT depends on connectivity, reliable wireless even in remote settings, and ever lower power and data transfer that won’t quit.

2017 will be the year of LPWAN technologies, enabling telecom operators to support low-bit-rate apps that are now based on Wi-Fi, Bluetooth, ZigBee and Thread.

IHS Markit predicts global LPWAN shipments will move from 46.4 million units in 2017 to 383 million units by 2021. Examples of beneficiaries of the technology include rural meters, smart buildings and environmental monitoring sensors.

Watch as the first batch of Narrowband IoT (NB-IoT) and LTE Cat-M networks go live in 2017 and the resulting surge in IoT availability in places never before possible.

Smartphone growth flattened for the first time in 2016, however, lower cost and continued innovation is having a profound effect on new and available smartphone device formats. Smart watches, VR headsets, smartglasses, drones, consumer robots, and more, owe their availability to the masses to greater efficiencies afforded by the mobile supply chain.

Mobile handset sensors have now morphed into those used in autonomous vehicles and select robots. Smartphone screens are seen on wearables and smartphone radios have ushered in the connectivity necessary for IoT to move forward. The technology has become cheaper, more manageable and more predictable. Technologies that would have remained too high priced for mass consumer appeal found themselves in the common gift categories during the holiday season, as evidenced by 2016 drone sales.

Carolyn Mathas
Carolyn Mathas is a technology writer/editor for a number of industry publications. She writes for the LED and Wireless Networking Design Centers on EDN, and previously several DesignLines and CommsDesign for EE Times. Previously, she was a Senior Editor at Lightwave Magazine and a West Coast correspondent for CleanRooms Magazine.

Share via
Top tech trends of 2017: The \'AI of Everything\'
https://news.itu.int/top-tech-trends-of-2017-the-ai-of-everything/
X
Safer Internet Day 2017: Unite to protect children. (VIDEO)…Cybersecurity/TrustBy ITU News The Internet can open a world of possibilities for today’s youth. It supports access to education in rural areas, and enables social inter…
Send this to a friend