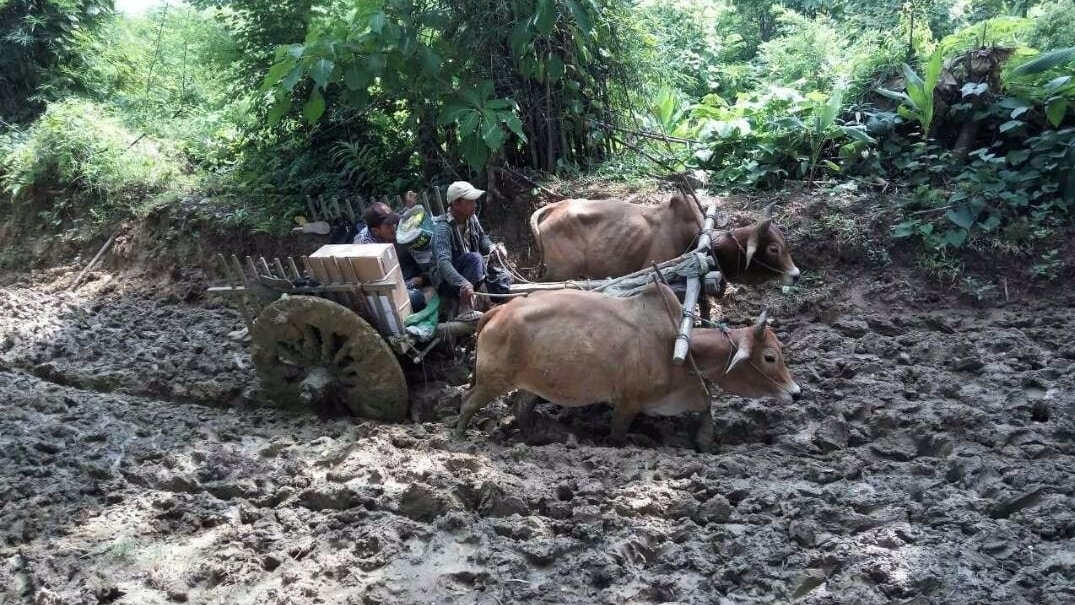 Inside the journey to connect rural Myanmar: Nokia’s Danial Mausoof

As we all get caught up with digital disruption – from having access to billions of apps to wearable technology and now, Artificial Intelligence (AI), the Internet of Things (IoT), autonomous driving, sensors and analytics across nearly every industry – it is estimated that one third of the world’s population still don’t have basic connectivity.

There has been a progression from the days of 2G due to improvements to infrastructure, our thirst for faster speeds and the desire to do a lot more with our mobile phones. But most of us would also recall how valuable 2G was to our lives. Imagine just being able to call someone on the move. It was, and still is, important in an age where mobile communication has become a utility, not a luxury.

So why should anyone be left behind?

A mobile connection is relative, depending on where you live. For most of us, it’s a minimum requirement that may be taken for granted. For that sizeable, one-third of the world’s population, an entire livelihood may depend on it.

While Asia is expected to drive subscriber growth, accounting for 60% of new subscribers globally, having basic mobile connectivity for some developing markets in this region is still beyond reach. However, one exception is Myanmar. While the country’s Internet penetration is still relatively low at 34%, the rate of mobile connections is fast approaching 100%. That’s a 7% growth in the last year alone.

Myanmar’s telecom sector has been booming since opening up to foreign competition in 2013, and recently, its three mobile operators – MPT, Ooredoo Myanmar and Telenor Myanmar – revealed that they had reached a combined 50 million subscribers. News followed shortly that a fourth telco – MyTel – which had received approval to operate just a month earlier, completed its first ceremonial call.

Consumer readiness was found to be a key driver of the country’s astonishing connectivity rate. And it shows even in the depths of rural Myanmar.

A few months ago, I drove from Yangon to Naypyidaw the capital city of Myanmar, a 4-hour journey where I enjoyed seamless connectivity throughout. Subscriber behaviour in this country means one thing – communities here needed basic connectivity. So, a 2G GSM deployment, albeit in highly inaccessible areas, makes sense.

In keeping to our ambition to connect the unconnected and expanding into rural areas of frontier markets, Nokia recently rolled out 2G connectivity in Ayeyarwady, Myanmar. With the help of bullock carts and boats to transport equipment through thick mud during a very wet monsoon season, the task was far from easy. But we knew that the benefits to the community outweighed the logistical challenges.

Determined: A base station being lugged through thick mud in rural Myanmar

Now picture this: Along a busy city street, someone uses a 4G smartphone to hail a ride through an app; Meanwhile in quiet, rural Myanmar, a family member speaks to another on a 2G phone to find out their arrival time from a distant town – two very contrasting scenarios no doubt, yet so similar in desired outcomes. They both fulfill a basic need to connect and communicate.

RELATED: How ICTs can help bridge the rural-urban divide (Q&A)

The possibilities in communication are endless, and we know that progress will be made. We just have to work hard for it. But for now, as we accelerate speeds and efficiencies in 4G, and soon 5G, one thing is for sure: GSM is not dead yet.

X
How Serbia plans to transition to a digital economy…Emerging TrendsITU News caught up with Mihailo Jovanovic, Director of the Office for Information Technologies (IT) and eGovernment, Government of the Republic of Ser…

Inside the journey to connect rural Myanmar: Nokia's Danial Mausoof