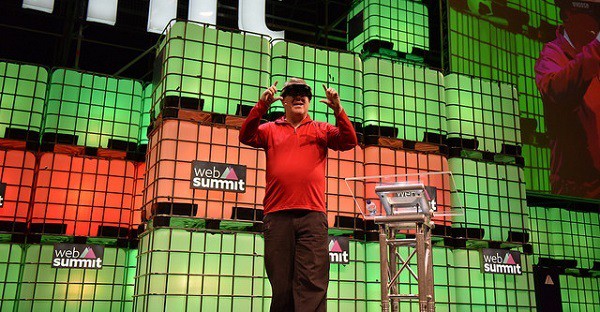 Wearing a pair of Microsoft HoloLens’, next-generation “mixed reality” glasses, Scoble debated whether we are sacrificing too much of our privacy in the name of technological advancement.

“You’re going to have glasses on that do full-on mixed reality in three years – and they’re going to show you things about the world!” Scoble said, speaking to ITU News. “We’re going to get educated in a new way. … You’re going to be able to work on projects with other people in a new way … on and on – it’s infinite.”

But how will we ensure our privacy when mixed reality devices are commercially available? Scoble shared some of his thoughts on how the privacy debate will unfold in the next few years.

“It’s going be an interesting new world,” he said. “We’re going have things on our faces that [can] do things that your human eye can’t see. These 3D sensors are so sensitive that they can see condensation forming on a glass three feet in front of you; it can tell how hard you’re pressing on the table three feet away from the sensor; it can see your heart beating three feet away. … These glasses are going to give us these capabilities at some level and we’re going to have a new discussion about what privacy means.”

The technology will also be able to “image” people, by taking a photo and displaying public information on the glasses. But Scoble noted that it is unclear how manufacturers will prevent people seeing this information when passing people on the street, and highlighted the need to give people the choice to “disappear”, especially in private areas such as bathrooms and locker rooms where there is a greater expectation of privacy.

“The tech industry is going to discover – or going to deliver – ways to turn off the glasses when they go into places. Apple already has a patent to do this. I am sure it will take care of itself and if it doesn’t, government will get involved and regulate it,” he mused.

Though regulation will be key to ensuring citizens’ privacy, Scoble says that governments may not be able to fill the need: “The governments are behind, and they will be behind forever. There is no way you can keep up with technology that’s happening this fast.”

So, it will be up to the industry to self-regulate, Scoble reckons. But will it be enough?

“Two-thirds of the people at Web Summit told the industry that the technology industry has gone too far with privacy, so I think that Apple and Google and others are going to listen to that and design in privacy protection features,” said Scoble. “If they don’t, they’re going see their business hurt.”

‘You’ll all have one’

But Scoble noted that the utility of the glasses will play a large role in their adoption, in spite of privacy issues. “All technologies have downsides and all technologies have real costs to them, but if they have enough utility people will use them. And these new technologies coming are going to have extraordinary benefits to society,” he said.

X
Radio Regulations: The foundation of the mobile world…5GBy Mats Granryd: This month, ITU is celebrating the 110th anniversary of the ITU Radio Regulations, the essential international treaty for governing t…

Share via
The new privacy debate: ensuring privacy in a \'mixed reality\' world
https://news.itu.int/the-new-privacy-debate-ensuring-privacy-in-a-mixed-reality-world/
X
ITU to join new global initiative to expand digital financial inclusion…Digital FinanceJust over two years ago, the Bill & Melinda Gates Foundation joined ITU to establish a  Focus Group on Digital Financial Services for Financial In…
Send this to a friend