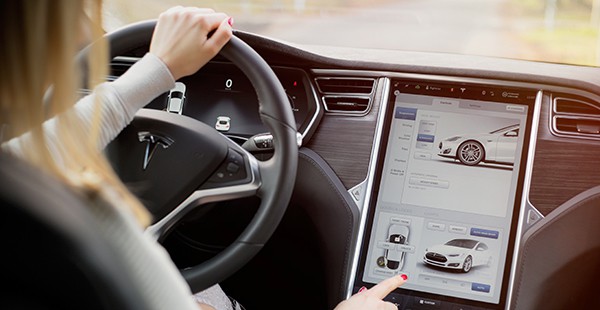 Tesla claims full automation will be “substantially safer than a human driver, lower the financial cost of transportation for those who own a car and provide low-cost, on-demand mobility for those who do not.”

All new Tesla vehicles will have eight surround cameras, 12 updated ultrasonic sensors, forward-facing radar, and a supercomputer capable of processing data 40 times faster than previous generations running in Tesla. The move will help save time and money on expensive retrofitting, but regulation still needs to catch up to Musk’s ambitions.

“Regulation is still in its infancy in this area, and the type of autonomous operation that Elon Musk is proposing is not yet legal for commercial deployment anywhere in the world,” -Ian Riches, Director for Strategy Analytics’ Automotive Electronics service told ITU News.

But will this announcement help drive regulation? “Yes and no. There is already pressure building on legislators across the globe. … However, legislators don’t like to be rushed,” Riches said. “Pushing too hard could result in being pushed back.”

Once approved by regulators, the system will be activated though ‘over-the-air’ system updates.

“Remote updates will allow a cost-effective way for Tesla to build-up its automated driving offering as the software matures and the legislation allows,” Riches told ITU News.

Tesla continues to have success with this software update method, which helps them to “keep customers at the forefront of technology,” they assert. However, Riches says: “The challenge is in not allowing the knowledge that you can update quickly and cost-effectively to allow your customers to become endless beta-testers for functions which effectively hold their lives in their virtual hands.”

Tesla also plans to reveal details about the launch of its own ride-hailing service next year, according to a disclaimer on their website:

“Please note also that using a self-driving Tesla for car sharing and ride hailing for friends and family is fine, but doing so for revenue purposes will only be permissible on the Tesla Network, details of which will be released next year.”

This is “one of the most important aspects of this announcement,” Riche says. “What we are seeing here is potentially the start of a pivot from Tesla from being a vehicle manufacturer to a mobility and power services provider.”