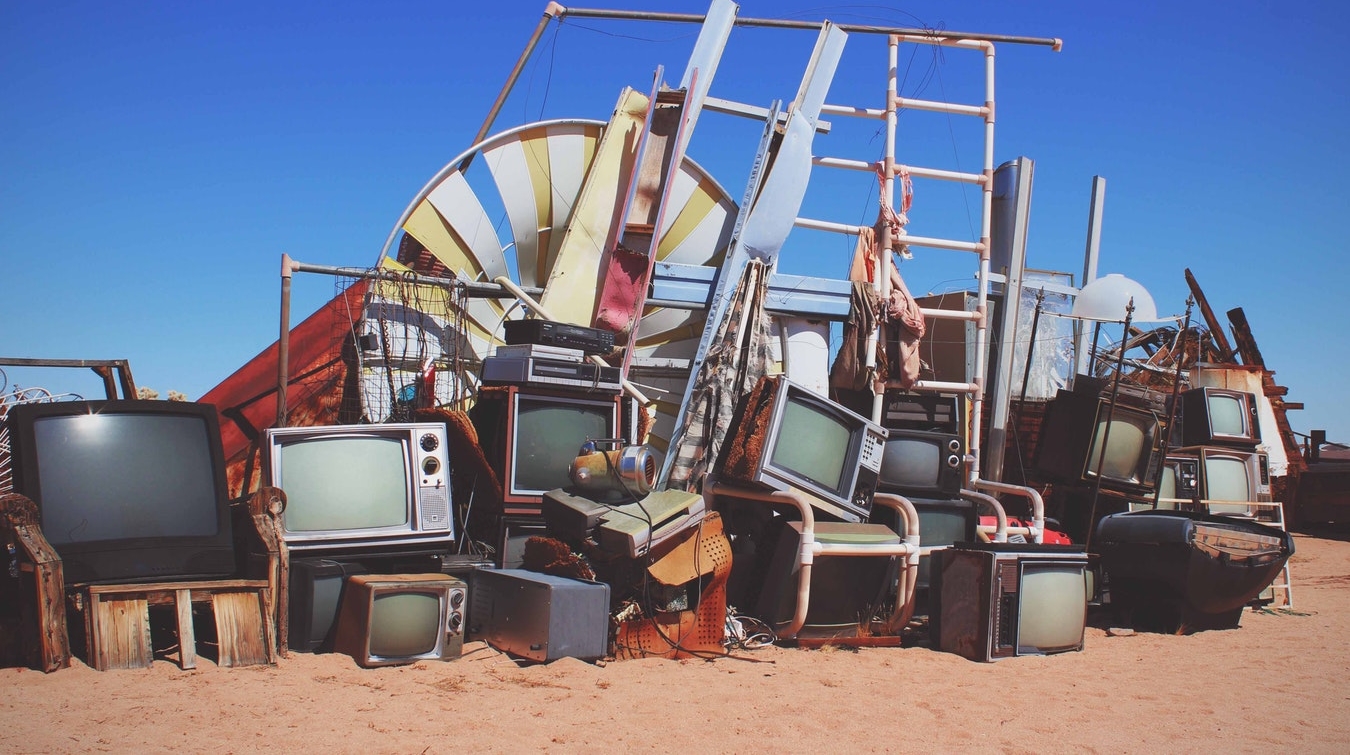 How do we tackle the fastest growing waste stream on the planet?

The must-have gift last holiday season was a $15 pint-sized primate called a Fingerling. The diminutive toys coo, clap, grip and even blow kisses. Behind the cute exterior, not surprisingly, is a sophisticated robot, powered by its own microcomputer.

From toys to toothbrushes, toasters, light bulbs and even clothing, the most ordinary of objects these days comes with a computer inside. By 2020, the number of connected devices is projected to grow to 31 billion.

There’s a flipside to all this innovation, however: as electronics invade everything, e-waste is piling up at an unprecedented clip. Already the fastest growing waste stream in the world, e-waste now accounts for up to 70% of the toxic waste in landfills in the US.

For insight into how ITU helps address the issue of e-waste, download the Global E-waste Monitor 2017 – Full Report here. 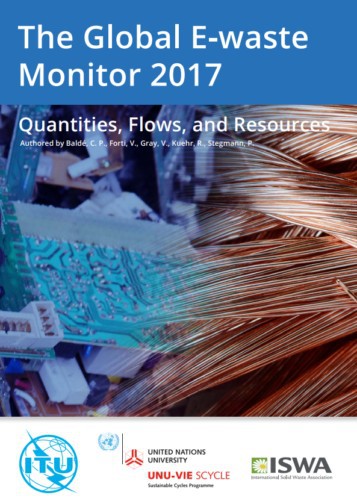 Approaches taken thus far, however well intentioned, haven’t addressed the magnitude of the problem. In the US, the recycling rate for electronics remains stubbornly low. Attempts to get e-waste regulations through Congress have failed. Initiatives to reduce waste – like fairtrade phones with easily upgradable components – sound promising but haven’t caught on at scale.

To truly move the needle, a new batch of innovators has turned to a markedly different approach – transforming a waste stream into a profit stream.

Armed with new technologies, entrepreneurs are seeking ways to extract real value from cast-off electronics. Their efforts move beyond scavenging wire and parts to remaking the supply chain altogether.

Central to their efforts is a striking fact: e-waste is often rich in precious minerals, including gold, silver, platinum and copper. The individual amounts might be small, but the total adds up quickly. The gold in the world’s e-waste, for example, is estimated to equal as much as 11% of the total amount of the metal mined each year. Right now, electronics companies spend a fortune buying and processing precious minerals, only to see them buried in landfills.

RELATED: Why measuring e-waste is now an urgent priority

Technologies to extract these metals from waste have long been around (for millennia, in some cases), but they’re remarkably inefficient and costly. With decreasing quantities of precious metals used in electronics, it’s becoming more difficult for large-scale processors like smelters to recover the full value. A sizable percentage of the gold, for example, in e-waste sent to smelters is never recovered. Never mind the dozens of rare earth elements present in today’s smartphones – exceedingly hard-to-find metals such as dysprosium and neodymium, which are limited to a few dwindling deposits around the globe. The trace amounts of these minerals inside a typical phone resist easy recovery and often don’t justify the price of extraction.

Or, at least, they didn’t in the past. New companies are attacking the problem from multiple angles. Urban e-waste refineries are finding innovative ways to collect used electronics. Scientists have developed carbon nanotube technologyto filter out extremely low concentrations of rare earth elements. My team has developed a process to recover the minerals used to make an iPhone by applying powerful underwater sound waves.

As these technologies become more widespread, extraction costs drop. What was an expense and inconvenience for companies becomes, instead, a viable revenue source. Recycling and extraction of metals goes from a burden to a new profit opportunity.

The future of e-waste

As innovation accelerates, the day may not be far off where e-scrap goes from trash to cash, as well. How will this change play out? A look at a few trends already unfolding points the way forward:

• Curbside e-cycling becomes the norm. For consumers, recycling electronics is now often an onerous process. At minimum, it can require a drive to a collection centre. (If the organization is reputable, it will often charge a fee in exchange for dismantling and recycling old electronics.)

But as the cost of extracting metals from e-waste goes down, the underlying economics begin to reverse. Instead of paying collectors to recycle our old devices, we’ll begin seeing businesses compete to take them off our hands. Expect “electronics” bins to join the ubiquitous newspaper and bottle bins on our curbsides. (Indeed, in some progressive municipalities, this is already happening.) As curbside collections achieve a critical mass, it in turn becomes cheaper and more efficient to aggregate e-waste for processing. Rather than hoarding our old phones in a desk drawer or, worse, tossing them in the trash, we’ll be able to chuck them in the bin each week, for proper pick-up. 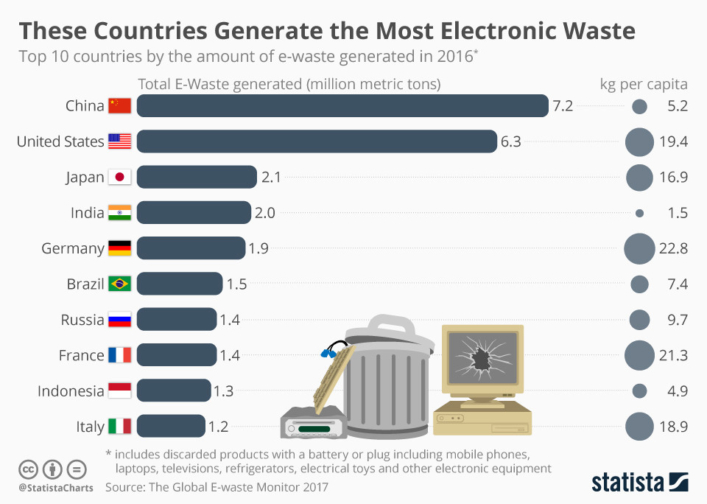 • Can’t-say-no rebates from manufacturers kill throwaways. In exchange for used devices, Apple, Samsung, Best Buy and a range of other manufacturers already give customers cash and other incentives. (Hand over a working Mac, iPad or PC, for example, and Apple will give you a gift card.) Meanwhile, at ecoATM, you can swap out your old phones for cash simply by depositing them at a kiosk. The company already has more than 2,000 machines across the United States.

Imagine what would happen were the economics of recovering precious metals from circuit boards to improve further. Sizable rebates from electronic manufacturers – eager to access second-generation materials – would drastically reduce the flow of e-waste into landfills. The impact here would be felt instantly, unlike the indirect effects of another round of regulations or policy changes.

• Manufacturers embrace “non-virgin” supplies. As recovery of metals (and even non-metals) becomes easier, expect to see more manufacturers embracing closed-loop processes. In other words, they’ll “mine” their own end-of-life products for materials, rather than mining the earth. Already, it’s far more efficient to extract a ton of gold from old circuit boards than it is from the ground. (One metric ton of circuit boards contains up to 800 times the amount of gold mined from one metric ton of ore!) Just as importantly, reusing minerals means companies can avoid the humanitarian and environmental costs of conflict mining.

Apple is the admirable pioneer in this category. In April, the tech giant pledged to make all of its products from renewable resources or recycled materials in the future. In pursuit of this goal, the company is investing in more recycling technologies like Liam, its 29-armed robot that can disassemble an iPhone in 11 seconds. It’s also working to close its supply chain: aluminum is now sourced entirely from old Apple products.

In response to mounting consumer pressure, Intel, Samsung and Google have also taken steps to clean up their own operations. (For its part, Apple admitted that its decision to go green was motivated, in part, by the promise of better publicity.) Never underestimate the power of profit and public opinion working in tandem.

Make no mistake: the problem of e-waste is serious and growing. But it’s not intractable. Consumers are putting pressure on manufacturers, and entrepreneurs are finding newfound value in our junked gadgets. It’s not hard to imagine a future where recyclers compete with each other to buy back end-of-life electronics and manufacturers prefer second-generation metals and plastics to virgin materials – a future where none of us would ever dream of chucking a phone in the trash.

The original version of this article first appeared on the World Economic Forum. Any views expressed in this article do not necessarily reflect those of ITU.

How do we tackle the fastest growing waste stream on the planet?

Share via
How do we tackle the fastest growing waste stream on the planet?
https://news.itu.int/tackle-fastest-growing-waste-stream-planet/
X
A call for infrastructure sharing in Africa: Funke Opeke…Emerging TrendsBy Funke Opeke, CEO, MainOne Seven submarine cable systems and an estimated combined capacity of 40+Tbps completed in sub-Saharan Africa since 2009 ha…
Send this to a friend