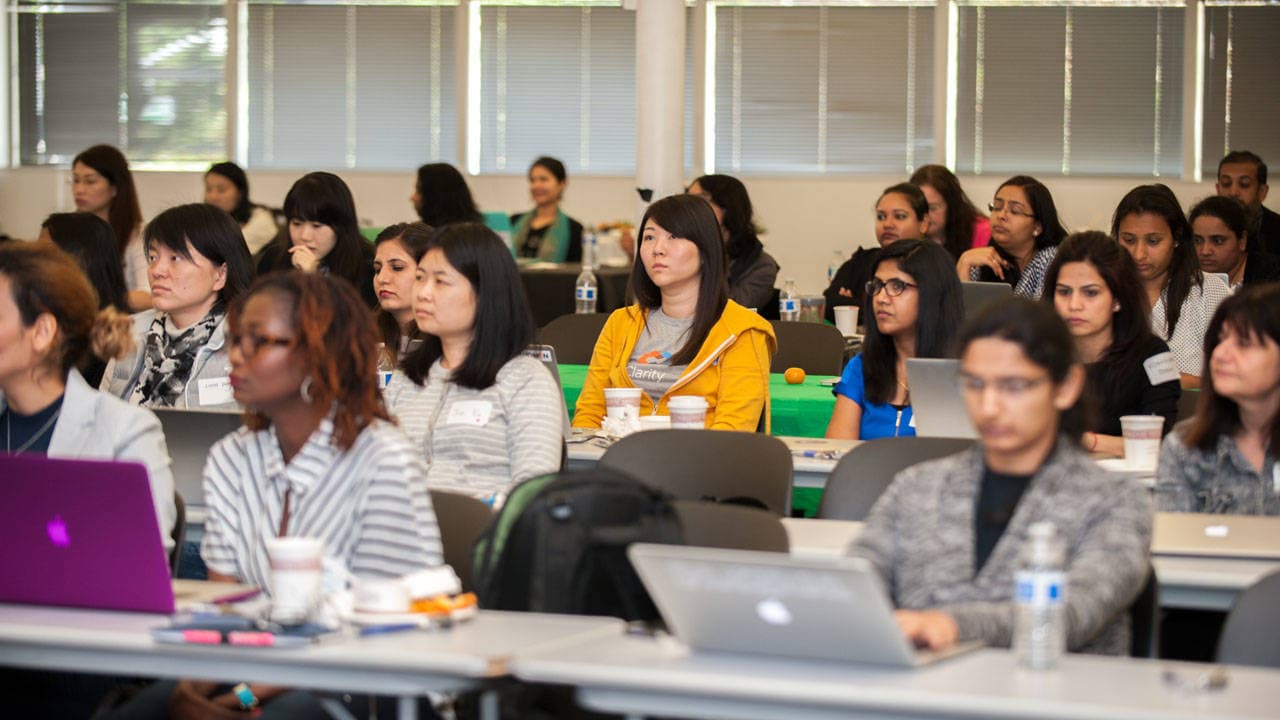 There was a time not too long ago when the terms “Women in Tech”, “Diversity” and “Pipeline” were words and issues that no one in the tech industry in Silicon Valley (or elsewhere) had even heard or cared about. It was an era of status quo and the cycle continued as it had for decades since early days of the “founding fathers” of Silicon Valley and the Bay Area.

It was around 2008-09 that, as a woman engineer on the technical ladder, I was agonizing over how to keep up with the technology and wondering if there were any other women engineers that felt the same as me.

After 12 years in the industry, I was, once again, the only woman engineer on my team. I thought, surely there must be some women like me in Silicon Valley?

So, I decided that I would go to every technical event I could in my free time to see if I could find other women like me and do monthly “get-togethers” at my house to build a group.

Within 8 months, I had 10-15 women at my house chattering about the different Linux distros, their benefits/faults, downloading massive tarballs on my wimpy DSL and crashing it, munching on pot luck food ranging from chips to quinoa with roasted butternut squash and drinking lovely Sauvignon Blanc. We were all enthusiastic, totally grassroots and I did not want any of us to become the 56% that dropped out of the technical ladder and industry.

RELATED: Why we need more women in tech: voices from South East Asia

And we kept growing, moving to company sponsored locations, talking about broader topics of architecture, hardware, mobile, international competitions etc. I organized Meetups where speakers and instructors would talk/teach about any technical topic (language, tool, process etc.) and anybody could come including men.

In 2012, I filed for 501c3 non-profit status – as I found that no one would fund me unless we had this stamp. It was a non-trivial process. After a lot of hassle and money (mine) in 2014, we received our determination letter which was the beginning of CodeChix. Even then, I was told that companies couldn’t give us funding since we were too small.

So, I continued doing a variety of purely technical events and slowly growing CodeChix until it had 2 chapters, in Seattle and Wisconsin. In my copious free time at night and most weekends while working a full-time job I spoke at technical conferences around the globe (taking personal time off from work) to spread the word. 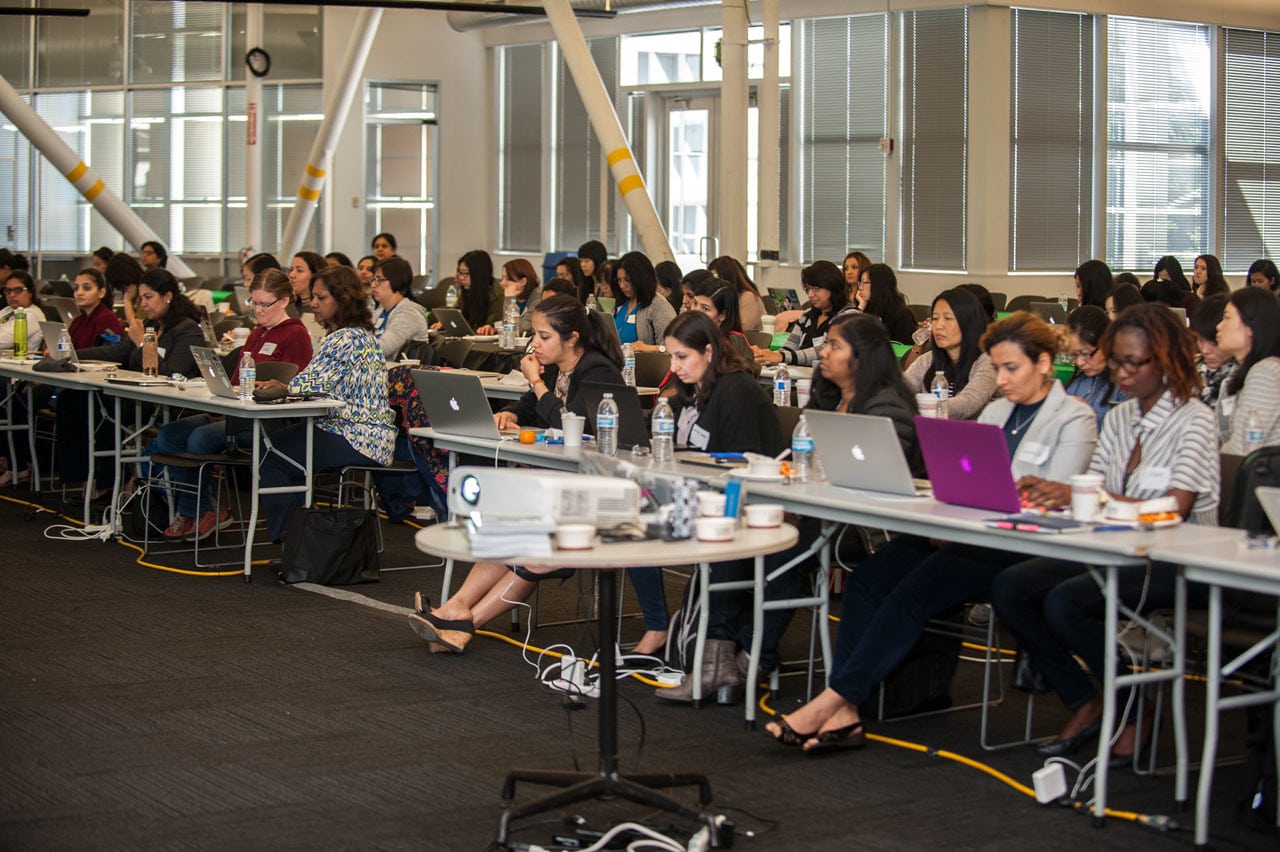 In 2015, we started doing DevPulseCon (aka CoderXX) – the only purely technical conference for women engineers in the industry which included technical talks and hands-on workshops. We had 200 full-time women engineers attend from all over the world and in 2018, we will target 300 women.

Our flagship unique approach to “Hacking the Tech Culture” at DevPulseCon has been to provide a safe-space and trusted environment for women engineers to share their difficulties with respect to teams, promotions, jobs and work environment. It is the hallmark of DevPulseCon and for 3 years in a row has been the highest rated program at the conference. Numerous women have benefited from the insights they learn from each other and from the speakers and instructors. And they are determined to stay in the field.

In 2016, I began to focus solely on the Bay Area. And we are here to stay, grow (with 400+ members currently) and work towards addressing the tremendous upheavals occurring in current times with respect to Diversity and the challenges that we, as women engineers of the world, encounter every single day. And push all the hurdles aside just so we can do what we love – build great products using fantastic technology to bring sustainability, jobs, culture change, scientific breakthroughs and foster deep thought in all our endeavours. 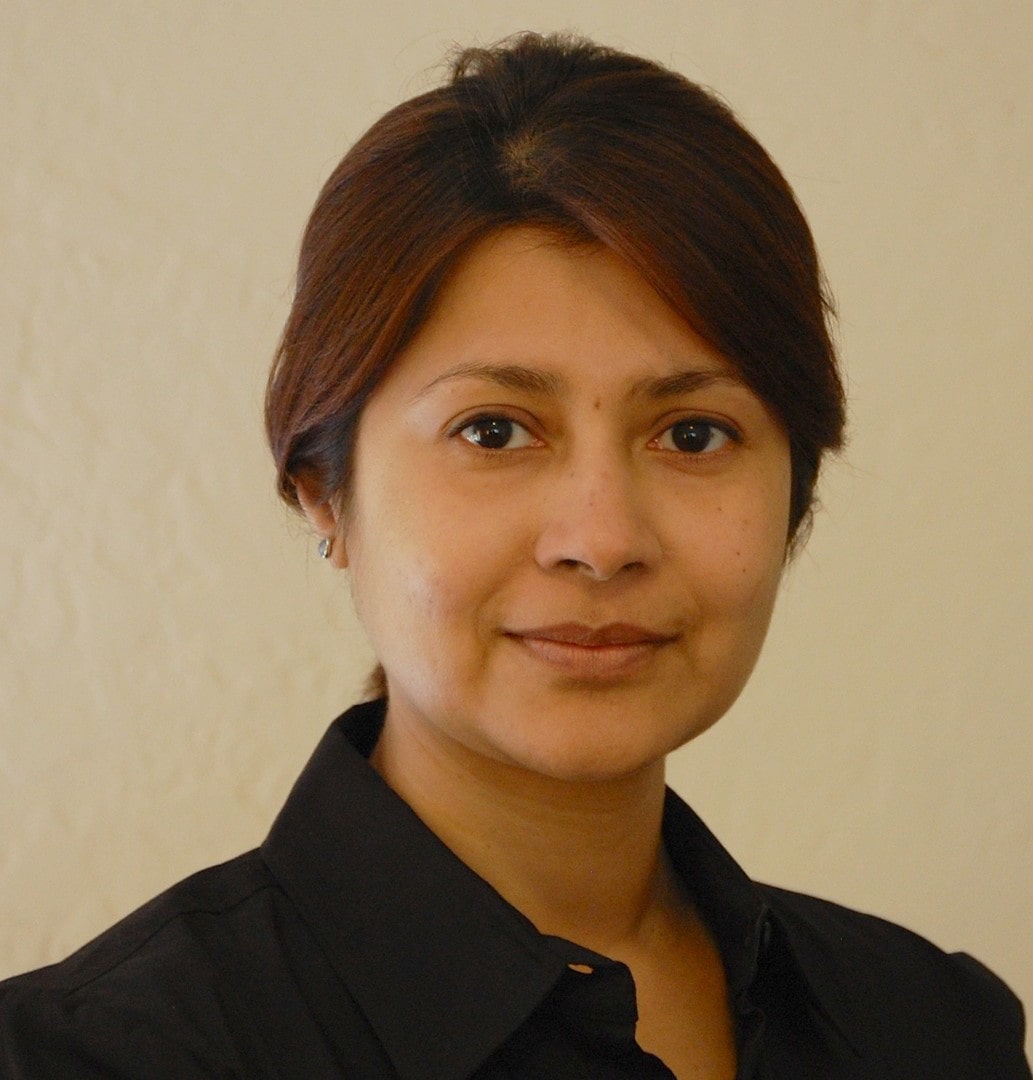 Rupa Dachere
Rupa is the Founder and Executive Director of CodeChix, dedicated to the education, advocacy and mentorship of women engineers in industry. She is a Senior Member of Technical Staff at VMware; a recognized speaker and panelist at PyCon, OSCON, Grace Hopper Conference and her annual technical conference, DevPulseCon.

Do you know of other innovative approaches to inspire and support women and girls in tech? Nominate them for the ITU and UN Women EQUALS in Tech Awards, open until September 15, 2017.

Share via
Starting at the grassroots to stem the dropout rate of women in tech
https://news.itu.int/starting-grassroots-to-stem-dropout-rate-of-women-in-tech/
X
How to make your website more accessibleICT4SDGBy ITU News Access to the Internet through websites, web tools and web technologies has become increasingly indispensable in the digital era. The Inte…
Send this to a friend