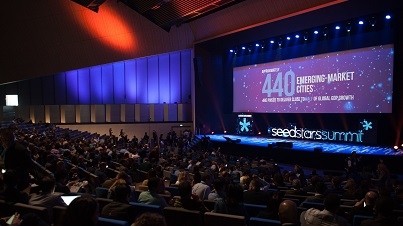 In the sunshine filled open space of the SwissTech Convention Centre, a young woman in a blue varsity jacket holds up a sign that reads “Industry Group Networking.” She interrupts a one-on-one conversation to make sure that her sign is read, and invites the couple to join a larger group discussion. A young man wearing a blue hoodie announces loudly that the startup pitches are about to begin, and breaks up a cohort of coffee drinkers to usher them into the main hall.

The Seedstars Summit is all about disruption and collaboration. It is the world’s largest tech startup competition for emerging markets and explores the power of disruptive technologies for social impact. It’s not just a conference, it’s a startup programme unlike any other, say organizers and enthusiasts.

“The Seedstars Summit is about magnifying the journeys and missions of those that want to scale, that want to build, that want to disrupt,” said Alisée de Tonnac, CEO and co-founder of Seedstars, speaking to the crowd of over one thousand attendees.

The day was focused around 12 startups who were competing for seed funding amounting to one million dollars. Seedstars supports entrepreneurs from over 65 countries with the opportunity to scale their ideas to have maximum social impact. From 4,000 applications and over 600 pitches, the winner of the competition was Acudeen, a digital finance app that helps small and medium sizes enterprises boost their cash flow.

Other prizes were awarded, including the Public Favourite given to Mindrockets, which developed assistive technology for the deaf. The award for best woman entrepreneur was given to qAIRa, a drone-powered air quality and environment-monitoring technology. The TRECC Transforming Education Prize was given to Asafeer, an edtech Arabic-language app for children.

“I’ve seen so many really thrilling solutions to problems we face in the emerging markets,” said Bob Collymore, the CEO of Safaricom, speaking to ITU News. Safaricom is well-known as the company that launched M-PESA, the largest provider of mobile money in the world.

Listen to the ITU Podcast from Seedstars Summit with Bob Collymore here.

Delivering his keynote presentation, Bob Collymore inspired the crowd with the transformational opportunities that Africa holds and stated that, “future development must be driven by… turning inequality into new market opportunities.”

The Seedstars Summit was a day full of punchy one-liners, five-minute pitches, innovative ideas, and so much enthusiastic applause that by the end of the day it made your hands hurt. 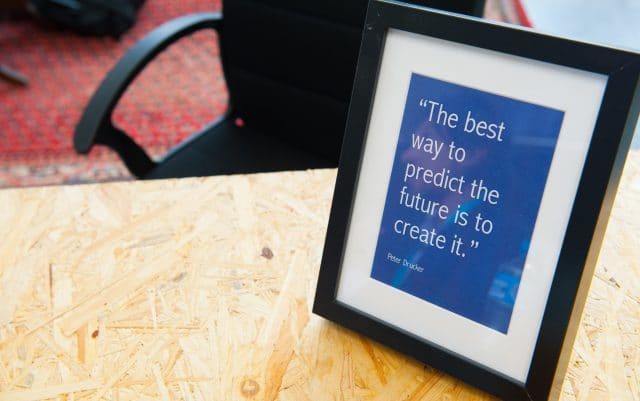 Quotes on screens and on banners encouraged people to “disrupt or be disrupted,” and that “the best way to predict the future is to create it.” There was even a quote from Jedi Master Yoda that reminded us, “Do or do not. There is no try.”

In addition to the global startup competition, there were workshops and keynote presentations, all focused on innovations to impact lives. Several talks and networking sessions explored ways that technology is disrupting education, disrupting finance and disrupting traditional industries.

“The 4th industrial revolution is disrupting all industries, at a pace never seen before,” said Ben Benaim, one of the founding partners of Seedstars. He said that the event is about “creative collaboration” that can help deliver services and solutions at cheaper costs and about technologies that will impact billions of lives.

In the final keynote of the day, Iranian-American investor and serial entrepreneur Kamran Elahian ended his speech by saying: “It’s the first time in the evolution of our species that you, your generation, can use just your brain and the access to Internet to disrupt, create chaos in the existing business and create new jobs for your generation. With jobs comes wealth, and with wealth comes a proper transition of power.” 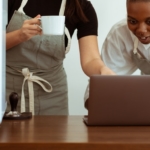 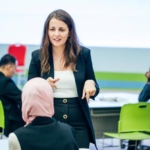 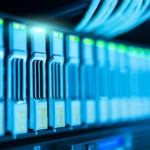 ITU issues guidance on the adoption of blockchain 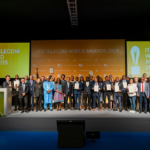