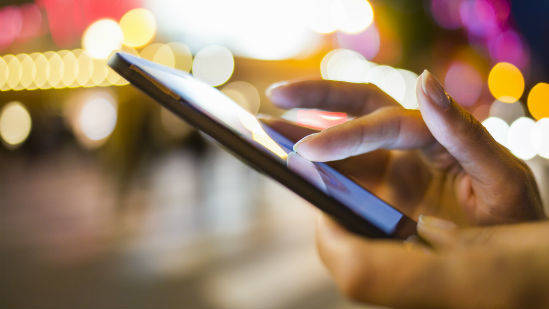 Samsung and Huawei are telecom’s most innovative companies, according to a recent Thomson Reuters global survey of patents and scientific reports, The Future is Open: 2015 State of Innovation.

The top two companies ranked higher than other big names, such as LG, Ericsson, Sony, and Fujitsu. But how?

Both have demonstrated that innovation requires an ability to invest wisely in your future, the courage to back the innovation process for the long haul and to be proactive rather than reactive to global trends. Of course, there are also more detailed reasons for their success.

The importance of patents

The importance of patent portfolios plays out visibly with Samsung. The company has patent activity in all 12 segments covered by the Innovation report, as well as ranking in the top 25 patent assignees in nine of the 12 industries.

In 2014, Samsung invested a total of USD13.8 billion on research and development (R&D). It also maintains an Open Innovation program, which draws ideas from both inside and outside of Samsung. Samsung also offers extensive training and delivers an innovation-based culture to its researchers, fully backed by management.

It guards the treasures well, maintaining vigilance against the theft of its intellectual property, as seen in the creation its own patent firm. The company continues to reinvent itself. And there is a goal to make products that stand out.

“Few smartphone [Original Equipment Manufacturers] have the capabilities to really differentiate in hardware,” says Ian Fogg, Senior Director of Mobile and Telecoms at IHS. “Samsung is able to leverage its display division capabilities to create the twin curved screen, which makes the S6 Edge unlike any other smartphone.”

At the launch of the Galaxy S6 and S6 Edge, CEO J.K. Shin explained: “These products are the result of a simple philosophy. It comes to two words: Relentless innovation.”

In comparison to Samsung, Huawei is a new kid on the block, but its strategies and fearlessness are paying off.

“Usually the conversation in the smartphone market revolves around Samsung and Apple, but Huawei’s strong showing for both the quarter and the year speak to how much it has grown as an international brand,” says Melissa Chau, Senior Research Manager at IDC. “While there is a lot of uncertainty around the economic slowdown in China, Huawei is one of the few brands from China that has successfully diversified worldwide, with almost half of its shipments going outside of China. Huawei is poised to be in a good position to hold onto a strong number three over the next year.”

For the past 26 years, Huawei has invested at least 10% of its annual sales revenues in R&D, though this recently increased to 14%. Of this, 10% is dedicated solely to future technologies.

Like Samsung, Huawei is not putting all of its eggs into the smartphone basket. Huawei sees its targets spanning network, IT and digital infrastructure. Its future will rely on joint innovation with partners to bring diverse vertical applications to market.

This includes cooperation, for example, with SAP and Intel on the Internet of Things (IoT), and integrating its infrastructure with SAP’s HANA big-data platform for IoT and Industry 4.0 segments, and with Sony and Harmonic to promote the E2E commercialization of 4K videos. Huawei also plays a leading role in the SDN alliance and works with Stanford University and AT&T establishing ONOS, the first open-source SDN organization.

Huawei has elevated its reputation through its partnership with Google, making Google’s flagship Nexus smartphones, including the Nexus 6P.

“Clearly working with Google is a vote of confidence in the technology of the product,” says Fogg, adding that the partnership “opens up a route into the U.S. market to raise visibility for Huawei smartphones.” The Nexus devices, he says, “are intended to be showcases of the best of Android technology, and are designed to be seen as innovation leaders. That’s an incredibly valuable association to have.”

While Samsung basks in its ability to innovate hardware, Huawei is set up a bit differently for innovation. Most often the industry credits its founder, Ren Zhengfei – and the credit is well placed. Huawei, however, replaced the typical setup of one CEO, opting for a rotating CEO system so that three deputy chairmen act as the rotating and acting CEO for a tenure of six months, and form a board of seven, together with four standing committee members. Zhengfei maintains his CEO role, but also acts as a mentor and coach for the rotating CEO.

The system enabled Zhengfei to be more of a thought leader. He maintains a significant amount of influence in the decisions taken within the company, but he asserts the company can better make use of the collective wisdom available with this setup.

In addition, the company created Huawei University, where training sessions are given on conducting Huawei business and providing solutions. There is also a value training camp for new employees, where they are introduced to the core values of Huawei and learn that both individual and collective growth is possible by serving the needs of the customers.

Carolyn Mathas
@CarolynMathas is a technology writer/editor for a number of industry publications. She writes for the LED and Wireless Networking Design Centers on EDN, and previously several DesignLines and CommsDesign for EE Times. Previously, she was a Senior Editor at Lightwave Magazine and a West Coast correspondent for CleanRooms Magazine. 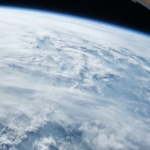 Share via
Samsung and Huawei: What propels telecom’s ‘top innovators’?
https://news.itu.int/samsung-huawei-propels-telecoms-top-innovators/
X
How ICTs can open up the world of music to deaf people…Emerging TrendsBy ITU News The recent World Telecommunication and Information Society Day 2016 (WTISD 2016)celebrations in Geneva followed the theme of ICT entrepren…
Send this to a friend