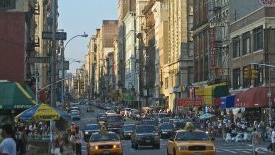 Smart City planners may be in a somewhat of a double bind. On the one hand they want to deploy technology now to pursue various goals around power or traffic management, say, but may be faced with limited and pre-standard technology choices to get there.  On the other hand they’re aware that treating IoT as a series of vertical or silo’d projects will almost certainly mean running into problems up the track if open standards aren’t adhered to. At some point there will be a requirement to integrate data from one ‘silo’ with another, to merge networks under a single management scheme or to upgrade a technology. Then it will be apparent that a different set of technology choices should ideally have been made earlier on.

To avoid that locked in or locked out feeling, Machina Research is advocating that an ‘open standards first’ approach be adopted and has been looking at the all the costs associated with pre-standard or non-standard technologies and systems in a recent white paper.

Its conclusion is that aspirant smart cities and their technology partners could squander USD341 billion by 2025 if they adopt a fragmented versus a ‘standardized’ approach to IoT solution deployment.

The solution is to push partners, vendors and standards bodies hard to defrag the field which is currently host, not only to multiple but ever so similar technologies, platforms and data formats, but also suffers from too many competing standards bodies all trying to create order from the chaos.

It all adds up to delay and cities not getting as smart as they could do, according to Jim Nolan, Executive Vice President, IoT Solutions, at InterDigital, which has commissioned the Machina Research white paper.

A big part of the smart city vision is to be able to share data as public data where it can be mashed into apps on a realtime basis (public transport and traffic conditions is the oft-quoted example) or serve as material for ongoing research. There are also aspirations to replicate schemes so that a successful approach in one city can be picked up easily by another. Given this, open standards-based IoT solutions are not just a ‘nice to have’ but are crucial if any of the broad ‘smart city’ goals are to be met.

Telecom TV delivers daily insight on the converging worlds of telecoms, media and entertainment. Views expressed do not necessarily reflect those of ITU.

X
#GSR16: global dialogue on digital financial inclusion…Digital FinanceBy Mr. Brahima Sanou Today, we are seeing information and communication technologies (ICTs) as the foundation of economic and social development. At I…