The “USC Speech Pipeline” tool used machine learning to analyze audio inputs to understand the percentage of speaking time of male and female participants during ITU’s top policy-making event, which was held from 29 Oct to 16 November in Dubai, United Arab Emirates.

ITU has been tracking progress on a number of gender equality targets, including attendance at key meetings, staff gender parity and others. However, this is the first time advanced software has been used to measure progress on these goals.

The information provided sheds new light on the participation of women, and will be key to tracking progress towards gender parity at ITU. It also reflects ITU’s commitment to using innovative technologies to help move the needle on gender equality. 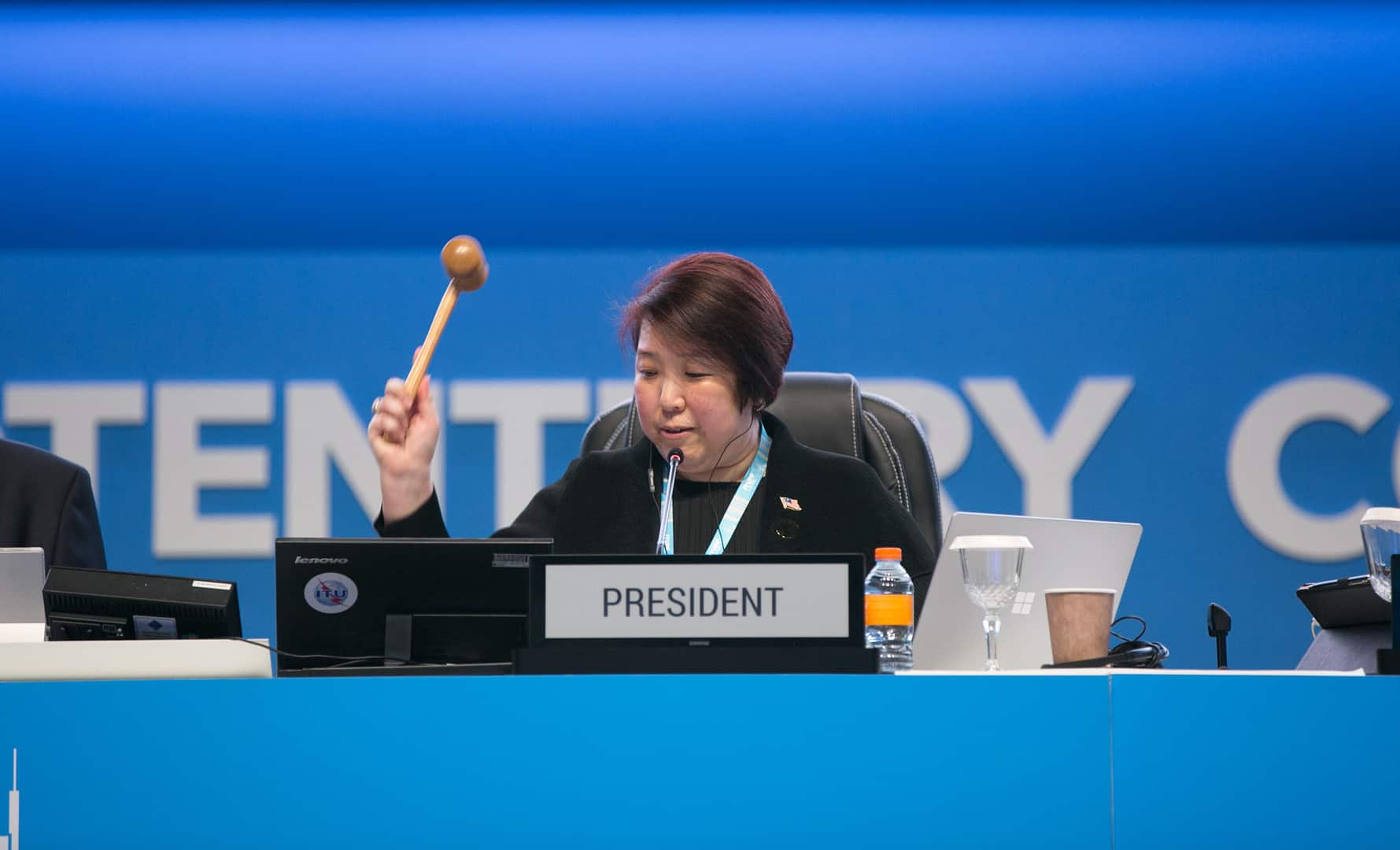 About the ‘USC Speech Pipeline’

The USC Speech Pipeline is an algorithm/software suite with several subcomponents, such as detecting speech in audio recordings, segmenting speakers and identifying gender from voice recordings. Often these steps of “who is talking when and about what” serve as a pre-processing step for downstream content analytics and predictive modeling.

USC’s speech and audio processing is being used in several collaborative efforts. Some examples include: in the health arena – to analyze recordings of diagnostic sessions of autism to support behavioral assessment; in sessions of psychotherapy – for addiction treatment to predict outcomes; in the media/arts arena – speaking time of female characters in film illuminate representational bias; and in defense and security – the software can produce automated verification and recognition of speakers.

The Plenipotentiary Conference is ITU’s highest-level meeting. Held every four years, it is attended by delegates from most of ITU’s 193 Member States as well as representatives from some of the 800+ private sector and academic member organizations of ITU. As such, ITU is committed to ensuring that women have a voice at the negotiating table at these conferences. 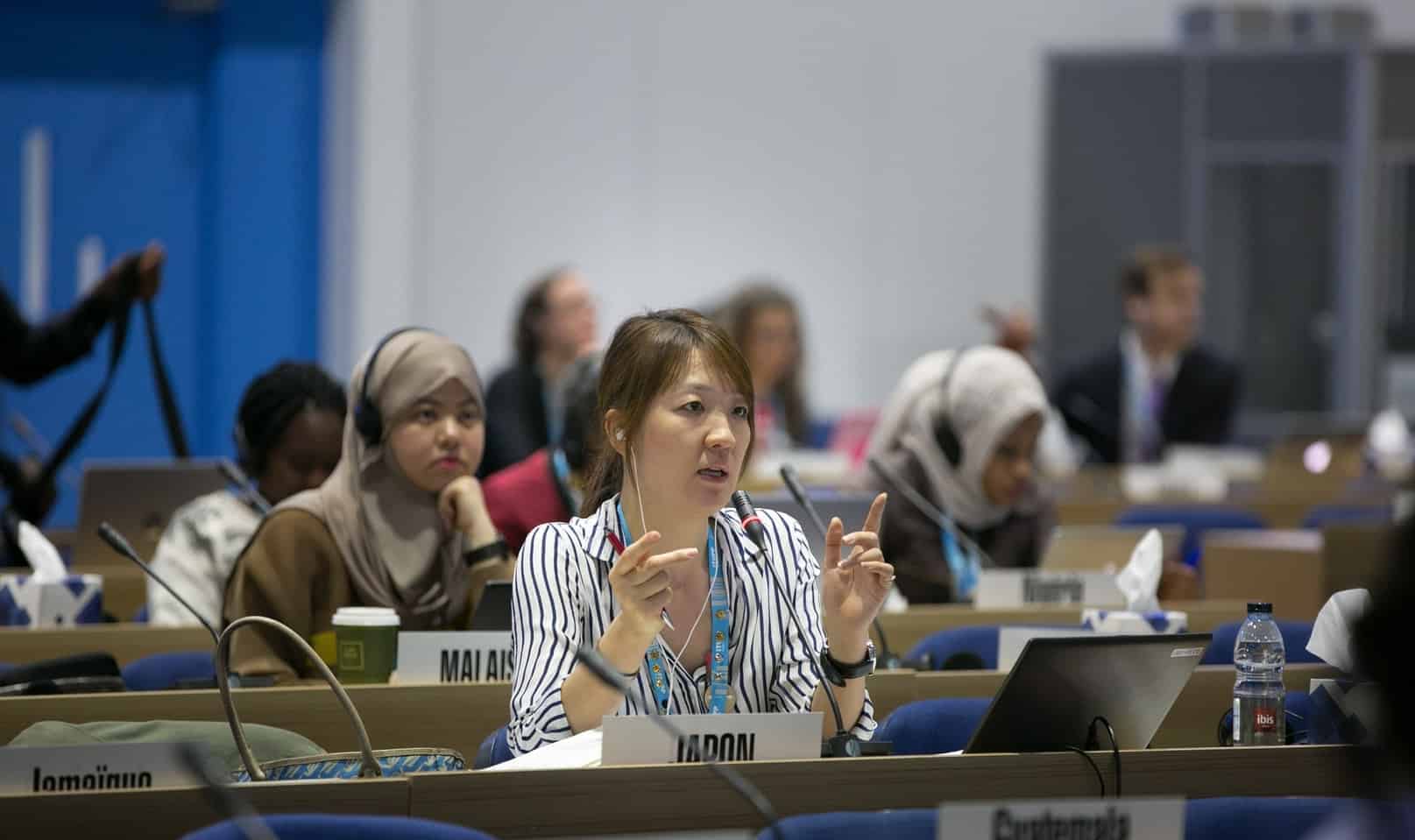 The average speaking time for women was 24.65%. This number should be viewed in the context of the overall percentage of women who attended PP-18 which was 27%.

However, when we consider that, of those most likely to take the floor to make interventions, just 17% of heads of delegation, 19% of deputy heads of delegation, 17% of ministers, 15% of deputy ministers and 9% of ambassadors present at PP-18 were women, the average percentage of speaking time by women in the sessions could indicate that “women may be more likely to take the floor”. This hypothesis needs to be further studied and tested in future conferences and events. Furthermore, it seems that other variables (e.g. gender of the spokespeople of regional groups) often bias the results and, therefore, one has to be cautious when extracting such conclusions.

While the numbers are not yet showing parity, it does show that women are not just attending this key event, but also participating in discussions and taking the floor to make interventions. Objectively measuring women’s and men’s speaking time is a new approach and helps to raise awareness of a serious issue. 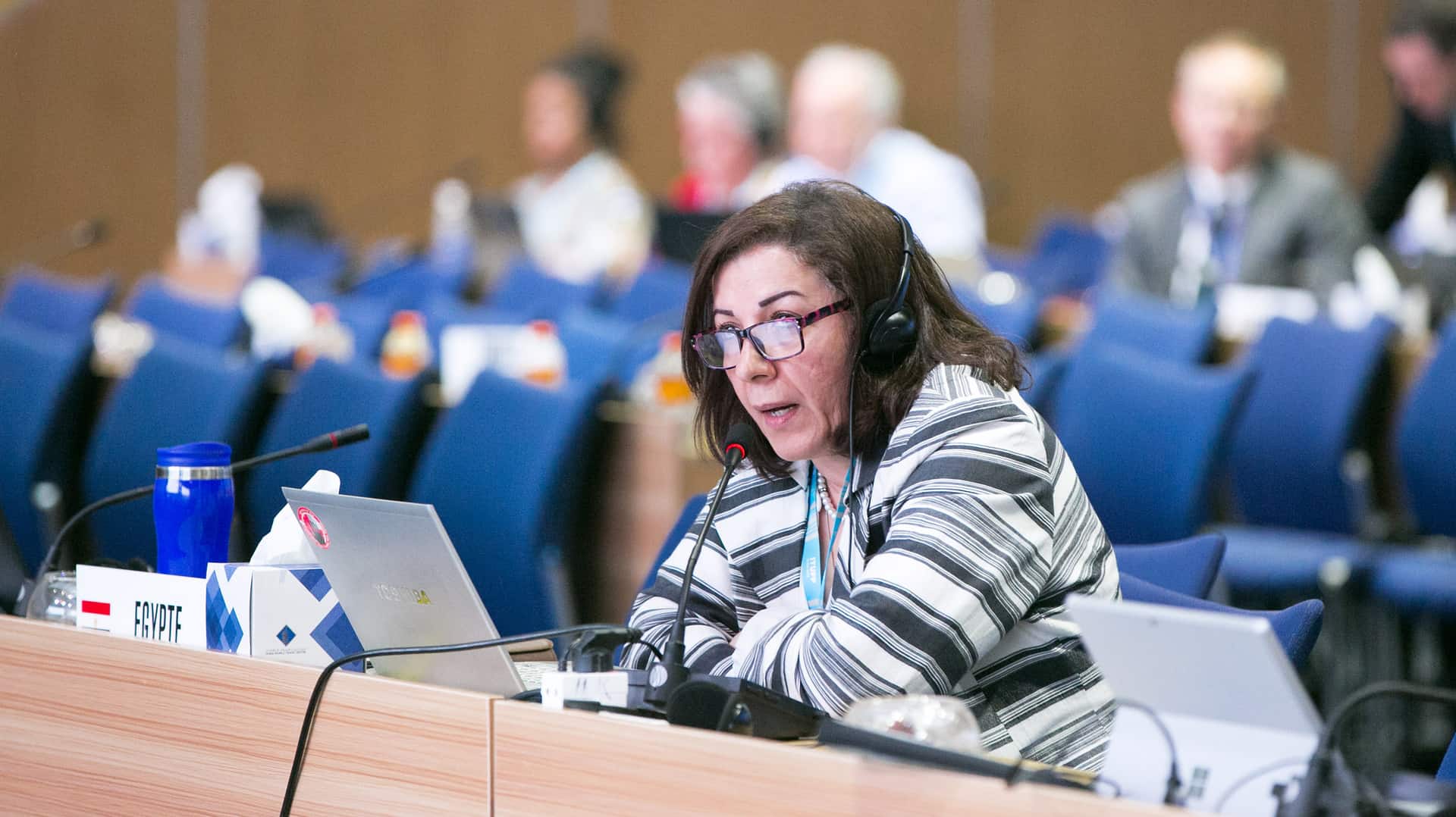 An Egyptian delegate takes the floor at the conference.

ITU maintains a public repository of gender equality markers on the ITU Gender Dashboard and we continue to work towards increased representation and participation of women in ITU.

SAIL develops engineering approaches to understand human communication, interaction and behavior and in creating machine intelligence technologies that can support and enhance human experiences. The research focuses on human-centered sensing, computing and information processing with an interdisciplinary emphasis on speech, audio, language and other factors.

Women pose for a photo at the ITU Women’s Breakfast for female participants at PP-18. View more photos here.

X
How the Afriscout app provides ‘eyes in the sky’ for Kenya’s pastoralists…Emerging TrendsBy Pieter Desloovere, reporting from Korr, Kenya “In my community, I am a warrior and I am the one who looks after animals,” says Chulayo Mindaye, a s…

Share via
How ITU is trialing advanced software to help improve gender equality at events
https://news.itu.int/raising-womens-voices-at-itus-plenipotentiary-conference/
X
8 recommendations to spur innovations, ICT-centric economic growth and job creat…Emerging TrendsBy Emanuele Giovannetti, Professor of Economics at Anglia Ruskin University, an ITU Academic Member Innovations are the engine of competition and lie …
Send this to a friend