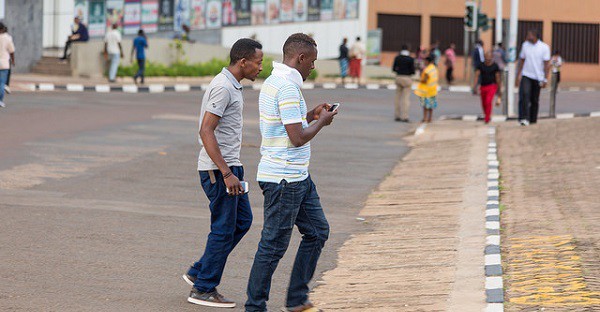 Radio Regulations: The foundation of the mobile world

This month, ITU is celebrating the 110th anniversary of the ITU Radio Regulations, the essential international treaty for governing the use of the radio-frequency spectrum and satellite orbits for ubiquitous wireless communications. The following article by GSMA Director General Mats Granryd was published in the latest edition of ITU News Magazine, which is dedicated to celebrating the Radio Regulations.

Mobile networks have become an intrinsic part of our everyday lives. They help us keep in touch with friends and family, stay on top of work, monitor our health, manage our homes and businesses, conduct financial transactions, and so much more. It is nearly impossible to envision our lives without mobile.

The ITU Radio Regulations form the core of the international framework for management of the radio frequency spectrum, affording protection for existing radio services while enabling the introduction of new and enhanced services. The delegates sitting in Berlin in 1906 to negotiate the first Radio Regulations governing wireless telegraphy surely had no idea what they were starting. Then, it would have seemed far-fetched to think that 4.8 billion people would today be connected to each other through globally interoperable mobile networks.

Mobile networks are increasingly critical to national prosperity. In 2015, the mobile industry generated USD 3.1 trillion, or 4.2 per cent of global GDP, and contributed USD 430 billion to public funding. This growth would never have been possible without the harmonization of mobile spectrum through ITU.

The importance of spectrum harmonization

Mobile has already had a truly transformative impact on the lives of people around the world, and mobile operators and governments need to continue working together to ensure mobile’s full potential is realized. This will be critical to meeting the targets of the United Nations Sustainable Development Goals (SDGs), as mobile networks have the power to accelerate the achievement of the SDGs in a way no other technology can.

It’s not just about connectivity — it’s what this connectivity enables. For example, mobile operators are already delivering financial services to more than 400 million unbanked people in over 90 countries around the world, and with the right environment, will extend this even further. Mobile is also helping to reduce the mobile gender gap, connecting women in developing markets to life-enhancing services, particularly mobile Internet and mobile money.

A key enabler for success will be the timely release by governments of more of the harmonized spectrum identified through the ITU process. In particular, the digital dividend spectrum and, in the future, more frequencies below 700 MHz need to be made affordably available to support improved mobile network coverage. Governments should resist the growing trend to artificially inflate the prices for spectrum access as we work together to reach the many people who still don’t have access to the Internet.

ITU has unquestionably played an instrumental role in creating a better world for billions of people through the power of mobile. We need to build on this success, and can ill-afford to rest on our laurels. With the work to implement the results of WRC‑15 ongoing, and the work toward WRC‑19 ramping up, we need to remember that the ability of hundreds of millions of people to get connected for the first time depends on what happens next.

Updating the Radio Regulations to reflect the changing demand for use of the spectrum is vital. Mobile operators need timely access to the right amount and type of spectrum under the right conditions in every market. Speed, coverage and quality will be heavily dependent on this. As we move to next generation networks, we cannot lose of sight of the value of harmonization as we work toward a common, harmonized set of spectrum bands to support 5G.

Mobile operators, governments and the ITU need to work hand-in-hand to connect everyone and everything to a better future. And let’s do it with the same spirit of inventiveness and collaboration that got us started 110 years ago.

Mats Granryd
Mats Granryd (@MatsGranryd) is Director General of the GSMA and a Member of its Board. In this role, he leads the GSMA in supporting its global membership through a range of industry programmes, advocacy initiatives and industry-convening events. Before joining the GSMA, Mats was President and CEO of Tele2. Previously, he spent 15 years in a variety of roles at Ericsson, before which he was a management consultant in telecom strategies at ARRIGO and Andersen Consulting. Mats holds a M.Sc. from the Royal Institute of Technology in Stockholm.

Radio Regulations: The foundation of the mobile world

Share via
Radio Regulations: The foundation of the mobile world
https://news.itu.int/radio-regulations-the-foundation-of-the-mobile-world/
X
The new privacy debate: ensuring privacy in a ‘mixed reality’ world…Emerging TrendsBy Lucy Spencer: “I’m taking everybody’s privacy away!” Robert Scoble, Entrepreneur in Residence at Upload VR, declared during his Centre Stage debate…
Send this to a friend