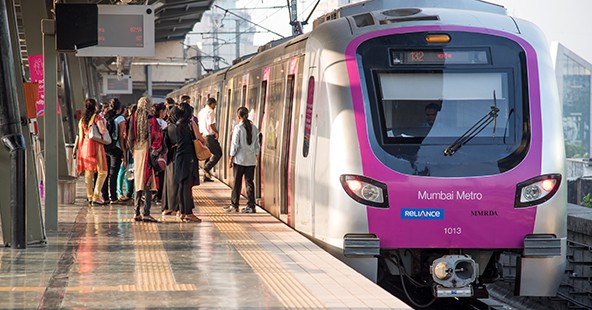 In a bid to build high calibre data in Indian cities, the World Council on City Data (WCCD) has launched the joint City Data for India Initiative with Tata Trusts in Mumbai.

The goal of the initiative is to empower city leaders, decision-makers and citizens from cities across India to make data-informed decisions to improve planning, infrastructure investment and operational performance management using ISO standardised, comparable city data.

“Our first, three WCCD ISO 37120 certified cities in India [Pune, Sarat and Jamshedpur] have quickly become outstanding exemplars of the lessons learned throughout the WCCD network,” said Dr Patricia McCarney, President and CEO, WCCD. “With the assistance of our partners at Tata Trusts–supported by PwC–this initiative has unequivocally proven that cities have the potential to drive a culture of data that will inform decisions, investments and transparent governance.”

McCarney told Cities Today that the new initiative follows on from other national partners it is already working with including the Mexican government and Statistics Netherlands.

“In our work around the globe, we are finding that cities and city level data are being increasingly recognised as critical for national policy and decision-making,” she added. “This trend will only increase as cities will play a fundamental role in enabling countries to achieve the Sustainable Development Goals.”

McCarney emphasised that the value of high-quality city data is particularly important in India, where the urban population is projected to grow from 410 million in 2014 to 800 million by 2050, placing enormous demands on city leaders, planners, and decision-makers in all tiers of government.

Speaking at the event in Mumbai in January, Ratan Tata, Chairman, Tata Trusts, congratulated McCarney, referring to the City Data for India initiative as a new movement.

“Through our partnership, we are going beyond the age of looking at coloured data, selected data to non-discretionary collection and capture of data, setting goals, and evaluating ourselves against global peers,” he said. “I congratulate the three cities for being willing to be a partner in what could be a tremendously important movement towards a truly Digital India.”

McCarney encouraged all Indian cities to become ISO 37120 certified and to join her at the first WCCD organised Global Cities Summit, to be held in Dubai in March.

X
In Trinidad, a regional model for how apps can help farmers…ICT4SDGMargaret Bernard In May 2016, a multi-disciplinary research project started by a group of computer science lecturers at The University of the West Ind…