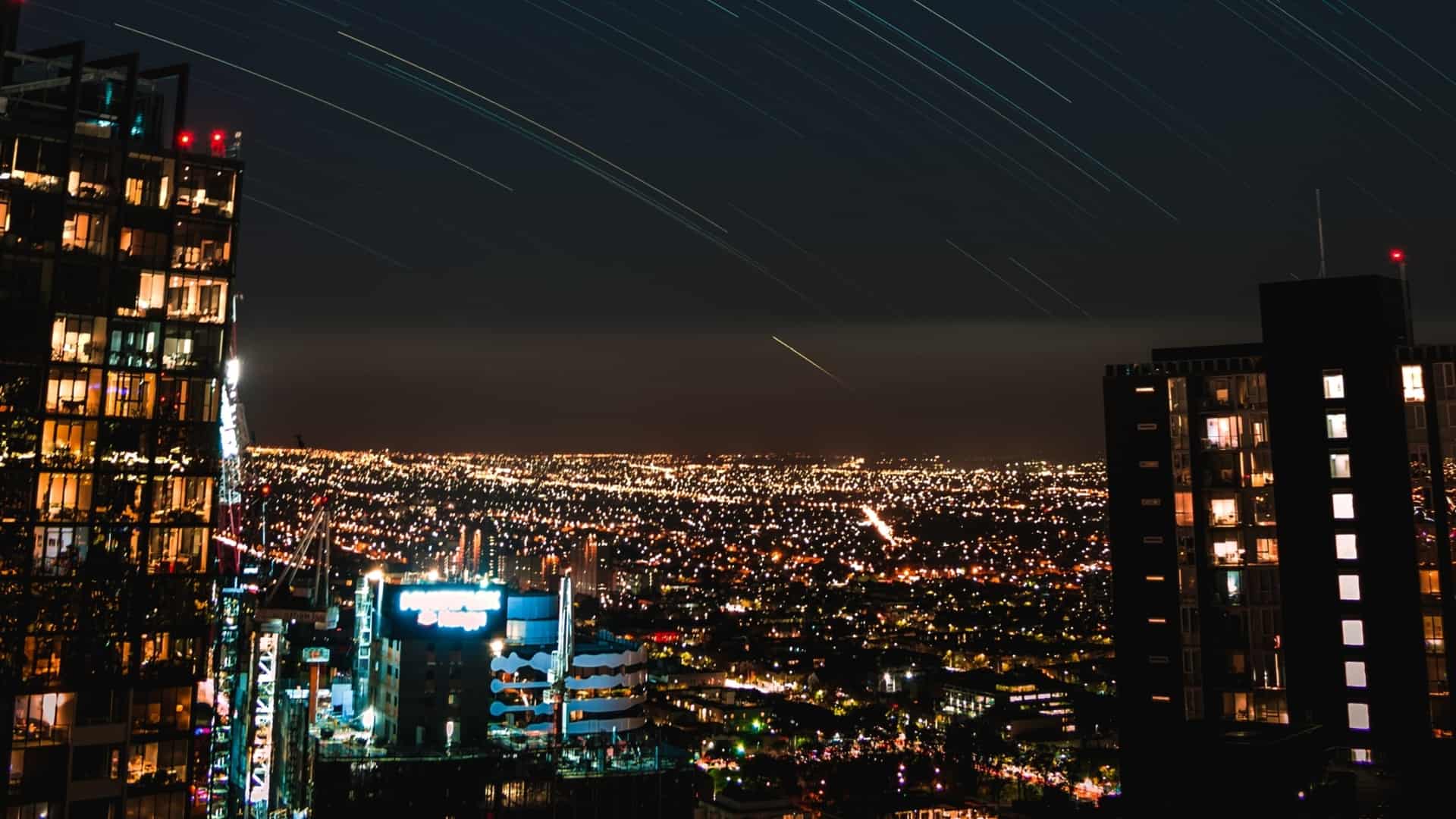 How Melbourne is planning for the ‘Fourth Industrial Revolution’

“Cities magnify humanity’s strengths . . . They spur innovation by facilitating face-to-face interaction, they attract talent and sharpen it through competition, they encourage entrepreneurship, and they allow for social and economic mobility.” – Edward Glaeser

In his 2011 bestseller Triumph of the City, urban economist Edward Glaeser makes a compelling case that cities magnify humanity’s strengths and make us “richer, smarter, greener, healthier and happier.” This is a key reason why one of the defining global trends of the last two centuries – urbanisation – is continuing to gather pace.

‘The cities that can think and act strategically to get the mix of people, connectivity and governance right are going to be the cities that will capture the greater promise of our changing environment.’ – Sander Van Amelsvoort and Martine Letts, Committee for Melbourne

For thousands of years humans have created cities, but it’s the First Industrial Revolution, just over 200 years ago, that saw an acceleration of urbanisation. In 1800, only 2% of the world’s population lived in cities.

By the time of the Third Industrial Revolution in the 1960s, the global share of people living in cities surpassed 30%. Today’s growth of 60 million new urban dwellers per year will see that share double to more than 60% by 2030.

Not only do our cities attract people, as the world’s productive engines they attract and generate 80% of global GDP, account for the vast majority of patented innovation, and are increasingly shaping national politics and international relations.

We are now living in the “Metropolitan Century”, in which cities are at the forefront of the Fourth Industrial Revolution that, like previous industrial revolutions, will again profoundly change the way we live, work and do business. So how do our cities plan for this changing future?

‘He who predicts the future lies, even if he tells the truth.’

This old Arab proverb has never been more accurate. Today’s emerging technological breakthroughs are increasingly converging the physical, digital and biological worlds, the combined results of which are virtually limitless and impossible to predict. No organisation or sector will be exempt from the effects that these rapid and deep changes are producing.

In the business world, digital disruption is putting many corporate leaders on a heightened state of alert. The feeling of not knowing when, or from which direction, an effective attack on an established business – or even an entire sector – might come, has created a whole new level of concern.

Similarly, city leaders across the globe are dealing with unprecedented uncertainty when it comes to the longer-term plans needed to ensure that their cities continue to provide the opportunities that “magnify humanity’s strengths.”

Planning two years out is hard enough, but when your decisions have a multi-decade horizon, the challenge is magnified greatly. What kinds of jobs will our economy produce? How will our people and products get around the city, and how will we provide our residents with access to healthcare, education and culture?

In short, how will the Fourth Industrial Revolution reshape the way we live, work, invest and do business; and, conversely, what opportunities are there for us to proactively shape our future?

Thirty years later, the Committee’s apolitical, not-for-profit, member model unites more than 140 of Melbourne’s leading organisations from across the business, academic and community sectors with the goal of shaping a better future for our city.

RELATED: How London aims to use tech to be ‘world’s most walkable city’

The committee’s cross-sectoral approach to the longer-term development of the city has always been its unique strength. Today, that approach is more relevant than ever and echoes the words of the Forum’s founder Professor Klaus Schwab when he described how the world must respond to the challenges and opportunities of the Fourth industrial Revolution:

“We do not yet know just how it will unfold, but one thing is clear: the response to it must be integrated and comprehensive, involving all stakeholders of the global polity, from the public and private sectors to academia and civil society.”

Having the stakeholders on board for an inclusive dialogue is critical, but how do you then go about making sense of, and dealing with, the inherent uncertainty when planning for the future? Enter scenario planning.

First developed by the US Air Force after World War II as a method for military planning, scenario planning was pioneered in the corporate world by Royal Dutch Shell. As a result, the company was spectacularly successful in navigating the highly volatile oil markets of the 1970s.

Scenario planning does not attempt to predict the future, nor does it try to articulate visions or desirable futures. Instead, it utilises the uncertainty in the external environment that a business or city has little or no influence over, but which fundamentally determines the environment in which it will have to operate and compete.

Scenarios do not describe just one future, but rather a range of plausible futures that illuminate all the corners of the “playing field”, thereby forcing you to critically assess your conscious and unconscious biases and help prevent you from being blindsided.

RELATED: Moscow embraces digitization to improve the standard of living

This methodology is particularly suited for including a wide range of stakeholders. Over the course of six months – through workshops, interviews and an online community – the Melbourne 4.0 Taskforce looked at Melbourne’s future in the context of a rapidly changing geopolitical and technological environment.

Through this process, the taskforce co-created a set of scenarios that were divergent, challenging and which covered the range of plausible futures for Melbourne in 2030.

Though the scenarios are divergent, they are internally consistent narratives about Melbourne’s future. The key finding was that “business as usual” will not cut it and that without significant changes and reforms, Melbourne’s economy will face a future with sizeable challenges, including:

Human capital: the ability of organisations in Melbourne to nurture, attract and retain talent will come under increasing pressure.

Digital disruption: many organisations, as well as entire sectors, will experience significant realignments.

Inequality: Greater Melbourne runs the risk of a spatial divide, with a well-off inner city versus an outer Melbourne that will lack sufficient infrastructure, access to jobs, services and amenities. This will be amplified by the real risk of a digital divide.

Governance: Metropolitan Melbourne consists of 32 councils with vastly divergent resources and capabilities, and our current governance arrangements will not be fit for purpose in 2030.

‘If we want things to stay as they are, things will have to change.’

In his classic 1958 novel The Leopard, Giuseppe Tomasi di Lampedusa chronicles the changes in Sicilian society during the 19th-century unification of Italy. These famous words, expressed by book’s central character, Prince Salinas, recognise the challenges of reform, and the need to change an established order – and his old privileged position within it – to provide for Italy’s future generations.

The Fourth Industrial Revolution’s effects will be far more momentous than the “Risorgimento.” In January 2016, Klaus Schwab wrote:

“There has never been a time of greater promise, or one of greater potential peril. Today’s decision-makers, however, are too often trapped in traditional, linear thinking, or too absorbed by the multiple crises demanding their attention, to think strategically about the forces of disruption and innovation shaping our future.”

For Melbourne, the “World’s Most Liveable City” seven years in a row, our biggest risk is complacency. This is where scenario planning is highly effective. By exploring the range of plausible futures, the taskforce was able to identify nine Strategic Needs for the city to address now to shape a liveable and flourishing Melbourne in the future, no matter which future plays out. So what do they address?

‘The reason we live in cities today is no different than it was 10,000 years ago.’

Carlo Ratti astutely observed that bringing people together has always been the attraction of cities. The nine Strategic Needs that the Melbourne 4.0 Taskforce identified can be grouped into three key “ingredients” that have always effectively brought us together and give cities their enduring success:

A city that puts its citizens at the centre of its decision making to “allow for social and economic mobility”, as Edward Glaeser puts it.

A city that facilitates efficient and effective interaction at all levels, within the city and the world outside.

These ingredients do not change, but the context in which they operate does. In the early stages of the Fourth Industrial Revolution, we must ensure that our city can progress and develop in concert with our changing environment.

What is certain is that without action to prepare, a future will be imposed on us. The cities that can think and act strategically to get the mix of people, connectivity and governance right are going to be the cities that will capture the greater promise of our changing environment.

Here in Melbourne, with our Melbourne 4.0 project, we think we have a made a good start.

How Melbourne is planning for the 'Fourth Industrial Revolution'

Share via
How Melbourne is planning for the \'Fourth Industrial Revolution\'
https://news.itu.int/melbourne-fourth-industrial-revolution/
X
How AI for healthcare can overcome obstacles and save lives…Artificial IntelligenceBy Dr. Winnie Tang, University of Hong Kong British Prime Minister Theresa May pledged in May that she would invest substantially in Artificial Intell…
Send this to a friend