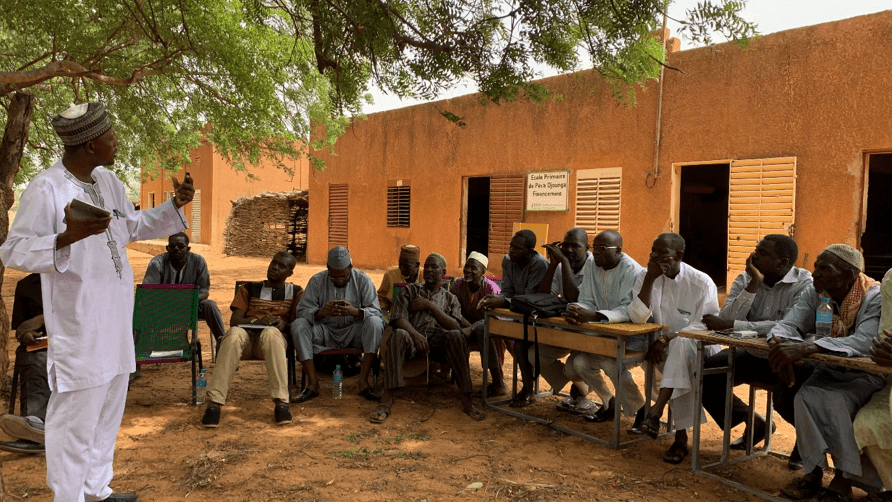 Leaving no one behind: Niger’s Smart Villages Project

It is by no means strange that the most ambitious and innovative initiatives come from those who need them most.

Take Niger, for example. The landlocked country is 70 per cent desert and more than 80 per cent of its population live in rural areas. The country’s economy is largely based in internal markets and mostly dependent on agriculture.

So, access to the internet is crucial to Niger’s future economic and social development. Yet, it is has one of the lowest internet access and broadband coverage rates in Africa; only 4.3% of the population are using internet.

Investing in the future of ICTs now will ensure that Niger’s young population – almost 60 per cent of its population under 24 years old – won’t be left behind.

“Through its leadership, Niger can show the world how collaboration on the ground under a whole-of-government approach can leave no one behind.”

Niger’s government looked at what its thriving young start-ups could do to leverage digital technologies for the country’s economic and social development, and launched the Niger 2.0 Strategic Plan.

The ambitious project is based on four main axes: e-government; the Smart Villages project; the creation of “Technopole”, a city of innovation and technology; and the promotion of digital technologies to all, particularly youth and women.

The Smart Villages project is a gateway to rural development. It is founded on a strong political commitment of the Government of Niger and the National Agency for the Information Society (ANSI) to improve people’s lives through the use of ICT solutions and applications in areas of health, education, agriculture, commerce and others.

Under the Smart Villages project, all of Niger’s 15,000 administrative villages will be digitally connected to one another, with the government also providing access to digital services for the population living in these areas. The rollout will be completed in phases, achieved by pooling and coordinating development programs to create the necessary synergy to sustain investments.

The vision and concept of “Smart Village” is based on a unique and game-changing cross-sectoral and whole-of-government approach in the design, deployment and scale-up of the ICT applications and digital solutions needed to address the Sustainable Development Goals (SDGs).

This approach is critical; though ICTs have been used to address the SDGs in numerous ways – from tracking mother and child health, to supporting education – there has been a lot of duplication where different actors have built and replicated the same capabilities to solve a variety of problems without developing common platforms and re-usable ICT building blocks. This approach is very costly and creates a highly fragmented ecosystem, preventing opportunities for interoperability and effectively scaling up.

Instead, by pooling and mutualising investments across sectors and leveraging each other’s databases and programmes, e can be reached. This will significantly increase the return on ICT investments while providing the end-citizen with an integrated portfolio of digital services that considers his or her comprehensive SDG needs. Investments will be made once but serve all.

ITU and ANSI conducted a Smart Villages Integration Lab on 1-8 July 2019 in collaboration with several ministries and organizations, including ministries of health, agriculture, education and ICT; telecom regulators; UN agencies such as WHO, FAO, UNESCO; and local Nigerian telcos and start-ups.

Everyone worked together to create a model of the Smart Villages in which each organization has its own unique role but work together when required.

Six UN agencies – ITU, WHO, FAO, UNESCO, UNICEF, UNDP – collectively signed a Letter of Intent with the government of Niger, represented by ANSI, to support the Smart Villages project at the Innovation for Development Forum, held in Niamey, Niger, on 9-10 July.

More than 15 digital services will be deployed at the proof-of-concept phase that will leverage the same ICT infrastructure and human resources on the ground. This is a great example of different UN agencies working as ‘one UN’ to deliver on the promises and potential of ICT for the Sustainable Development Goals.

Through its leadership, Niger can show the world how collaboration through a whole-of-government approach can leave no one behind.

X
Hurricane Dorian: ITU sends emergency telecoms assistance to the Bahamas…Emergency CommsBy ITU News Hurricane Dorian has steamrolled through the northern Caribbean and into the United States, leaving a trail of destruction in its wake. In…

Leaving no one behind: Niger’s Smart Villages Project

Share via
Leaving no one behind: Niger’s Smart Villages Project
https://news.itu.int/leaving-no-one-behind-nigers-smart-villages-project/
X
ITU Telecom World gathers steam in Budapest5GBy ITU News Collaboration is fundamental for achieving an inclusive digital future for all. That was the message at the ITU Telecom World 2019 opening…
Send this to a friend