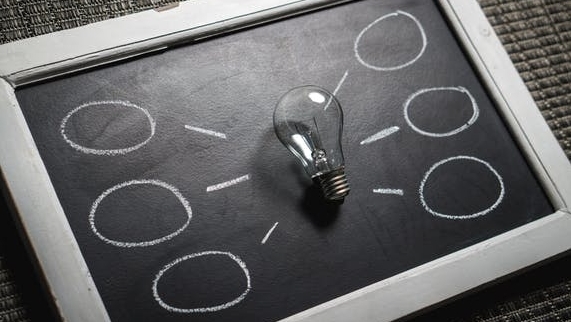 KT launches LTE-M to propel the ‘Internet of Small Things’

The Internet of Small Things (IoST) has led to a growing number of connections among products, where a seamless and efficient network infrastructure has become critical to support the transfer of small amounts of data among multiple devices.

KT has addressed this issue by establishing and commercializing the “LTE-M” network in the Republic of Korea ─ a narrowband version of LTE connection, and the first low-power, low-bandwidth network to primarily serve IoT devices and services.

Furthermore, KT is planning to commercialize NB-IoT (narrowband IoT) technology in 2017 with an investment of around KRW 150 billion (USD 128.8 million) connecting over 4 million IoST devices and sensors by 2018.

KT has been proactively engaged in network standardization activities both nationally and globally, and is making significant efforts to help create the IoST ecosystem by launching strategic alliances with top firms as well as supporting developers and young entrepreneurs aiming to build the industry’s next startups.

‘Healthtainment’ services on the LTE-M network

The LTE-M network now helps to enable a growing range of new “Home IoT” services, especially in the “healthtainment” arena ─ a combination of: health care, wellness and entertainment.

Sensor-based IoST services are expanding into industrial sectors such as manufacturing, construction and automotive, leading to the participation of more service developers in the ecosystem.

Industrial-sector expansion is set to increase the IoST market size and boost connectivity on the mobile broadband network. 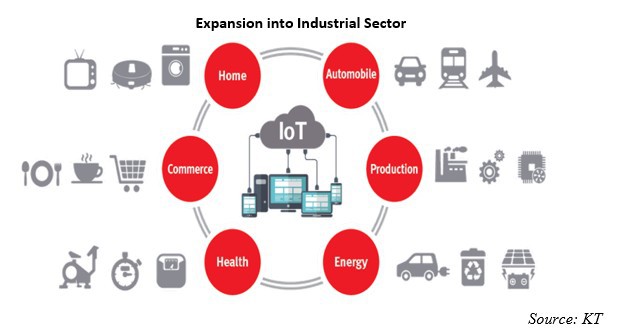 KT has teamed with about 100 firms to launch a strategic alliance for IoT business. The ‘GiGA IoT Alliance’, includes China Mobile, Samsung Electronics, Nokia and Microsoft as key members, and will help local ventures and software engineers make inroads into the global market.

KT has also created the ‘IoT Makers’ open platform, which allows anyone to develop an application instantly by registering IoT devices on its webpage and following basic instructions.

Developers can design IoT solutions with ease by connecting all sorts of sensors and electronic components with PCs. Later, they can add and customize functions and services through a PC screen.

To date, 1,000 developers have developed new services on the platform with approximately 100,000 connected devices.

The center supports startups by providing rooms for members to test the latest wireless technology and demonstrate their products to clients.

It is free to use installed equipment for verification, commercialization and authorization needed for development.

The center has 20 experts in IoT technology to help developers advance through the development process with ease.

To increase market size and enhance the ecosystem, KT aims to offer the IoT network free of charge by the end of the year, and plans to distribute 100,000 complimentary modules carrying the LTE-M network.

KT is making efforts to increase the workforce and expand financial investment contribution, and plans to enhance participation through contest-focused initiatives to inspire young entrepreneurs to submit innovation-driven business ideas.

KT will connect inspiring ideas of young entrepreneurs with members of the GiGA IoT Alliance and support their efforts to commercialize their businesses.

With its core asset, the LTE-M network, KT expects to globally create a better place to live and to create value across different industries.

June-Keun Kim, Senior Vice President and Head of GiGA IoT Business Unit at KT Corporation is in charge of KT’s IoT business. He is working for KT to lead a new business landscape based on the IoT ecosystem called GiGA IoT Alliance, which is the first and largest IoT ecosystem in Korea currently with 400+ partners.

X
Are ICTs deserving of our trust?Cybersecurity/TrustBy Leo Lehmann To what extent are we willing to trust that data will be used for the purposes expressed by data custodians? How do we decide whether a…

KT launches LTE-M to propel the ‘Internet of Small Things’

Share via
KT launches LTE-M to propel the ‘Internet of Small Things’
https://news.itu.int/kt-launches-lte-m-propel-internet-small-things/
X
Why China will retain its M2M leadership: new report…Artificial IntelligenceA newly published research report from Ernst & Young says that the People’s Republic of China (PRC) is leading the world in terms of machine-to-ma…
Send this to a friend