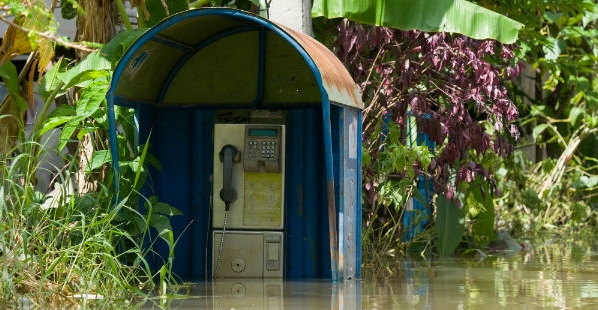 Since the first deployment of emergency telecommunications equipment following the South-East Asia earthquake and tsunami on Sunday, 26 December 2004, ITU has responded to numerous countries affected by natural disasters.

Information and communication technology (ICT) plays a critical role in all phases of disaster management, from disaster preparedness, early warning, rescue, mitigation, relief and response. Emergency telecommunications, including satellite mobile phones and bandwidth global area networks (BGANs), support the coordination of relief work by national entities and the international community; play a critical role in facilitating communications between affected people and their families in other cities or overseas and concerned government agencies advising them of their priority needs; and assist efforts to get returnees displaced by disasters back to their homes. Resolution 34 (World Telecommunication Development Conference, Dubai, 2014) outlines ITU’s mandate in supporting Member States in distributing emergency telecommunications.

To mark this year’s World Humanitarian Day theme, #ShareHumanity, Gisa Fuatai Purcell tells us how ITU deploys emergency telecommunications in areas that have been struck by a natural disaster.

ITU is always prepared to deploy emergency telecommunications to an area affected by a natural disaster. We have 200 satellite phones and 70 satellite BGAN terminals and other equipment in stock. With this technology and the assistance of our partners – Inmarsat, Thuraya and Iridium – we can deliver satellite telephony and Internet, providing voice and data services to areas that need it the most anywhere in the world.

Each disaster requires a different level of response, and the priority is to deploy within 24-48 hours. For example, in the aftermath of the 7.8 magnitude earthquake that hit Nepal on 25 April 2015, ITU deployed 35 satellite telephones and 10 satellite Broadband Global Area Network terminals along with solar panels and laptops. We received the request for assistance on 26 April 2015 and the equipment along with one of our experts departed on 27 April 2015. The national telecommunication infrastructure was destroyed and the ITU emergency equipment was used in rural areas for search and rescue operations. ITU also deployed emergency telecommunication equipment in Vanuatufollowing the devastation caused by Cyclone Pam, a category 5 storm which hit the archipelago on 13 March 2015. ITU dispatched 40 satellite phones, 10 Broadband Global Area Network terminals and 35 solar panels to the Island nation to support relief coordination efforts. A week later, a category 5 typhoon made landfall in Micronesia. Again, the government of Micronesia requested ITU emergency telecommunication assistance, which was deployed the very next day.

All emergency telecommunications deployments follow a similar procedure. When disaster strikes, Member States request the assistance of ITU. However, in cases where the natural disaster is as devastating as in Nepal, a text, email or a phone call is sufficient for ITU to deploy emergency equipment, even before the official request is received. The ITU emergency telecommunication assistance is provided to the Government and ITU works closely with support staff to ensure the rapid deployment of necessary telecommunications equipment in the affected areas. The Government decides on the distribution of equipment.

By August 2015, widespread flooding in Myanmar had claimed many lives and submerged more than 200,000 acres of farmland, damaging essential infrastructure and thousands of homes. As a result, the Director General of the Myanmar Post and Telecommunication department, Ministry of Communications and Information, contacted ITU requesting assistance.

Once the equipment went through a final inspection to ensure that everything was in working order, it was packed and taken to the affected areas by a member of ITU’s Emergency Telecommunications Unit in compliance with IATA rules. ITU also provided training on putting parts of the equipment together and test them on arrival. In Myanmar, all emergency telecommunication materials were deployed within 48 hours of the initial request.

Once unpacked, the communications tools were given to the telecommunications authorities who distributed the equipment to help with their coordination efforts according to their needs. As many people around the world are unfamiliar with the technology, ITU staff provides hands-on training to aid workers which includes in-class instruction and field work. Twenty-two aid workers were trained in Myanmar.

The satellite equipment is on loan for a period of three months. ITU pays for the freight and airtime during this period. Before the deadline approaches, ITU will send a recall letter to retrieve the equipment, ready for the next deployment.

In order to rapidly deploy emergency telecommunication equipment in areas affected by natural disaster, ITU continues to coordinate and facilitate the creation of partnerships among all stakeholders involved in the deployment and use of telecommunications in humanitarian work. ITU appreciates any partners who want to contribute equipment or cash to the Emergency Telecommunication project. 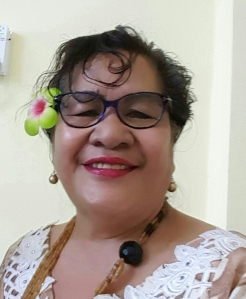 Gisa Fuatai Purcell is the Head, LSE Division at the Development Bureau of the International Telecommunication Union. She is responsible for ITU-D’s activities concerning ICT development to least developed countries (LDCs), small island developing states (SIDS) land locked countries (LLDCs) and countries in special needs. She is also responsible for Emergency Telecommunication, and Climate Change Adaptation and Mitigation. Gisa holds a Master of Commerce and Administration from the Victoria University of Wellington, New Zealand, with a major in telecommunication and information systems. Prior to joining ITU, Gisa was the Assistant Chief Executive Officer for the Ministry of Communication and Information Technology of Samoa after working as ICT and Financial consultant in Wellington, New Zealand for many years.

X
Mobile connectivity: Revolutionizing the health sector and access to care…Emerging TrendsBy Florence Gaudry-Perkins Mobile innovations are growing at an exponential rate. For example, a new attachment for your smartphone can perform an on-…