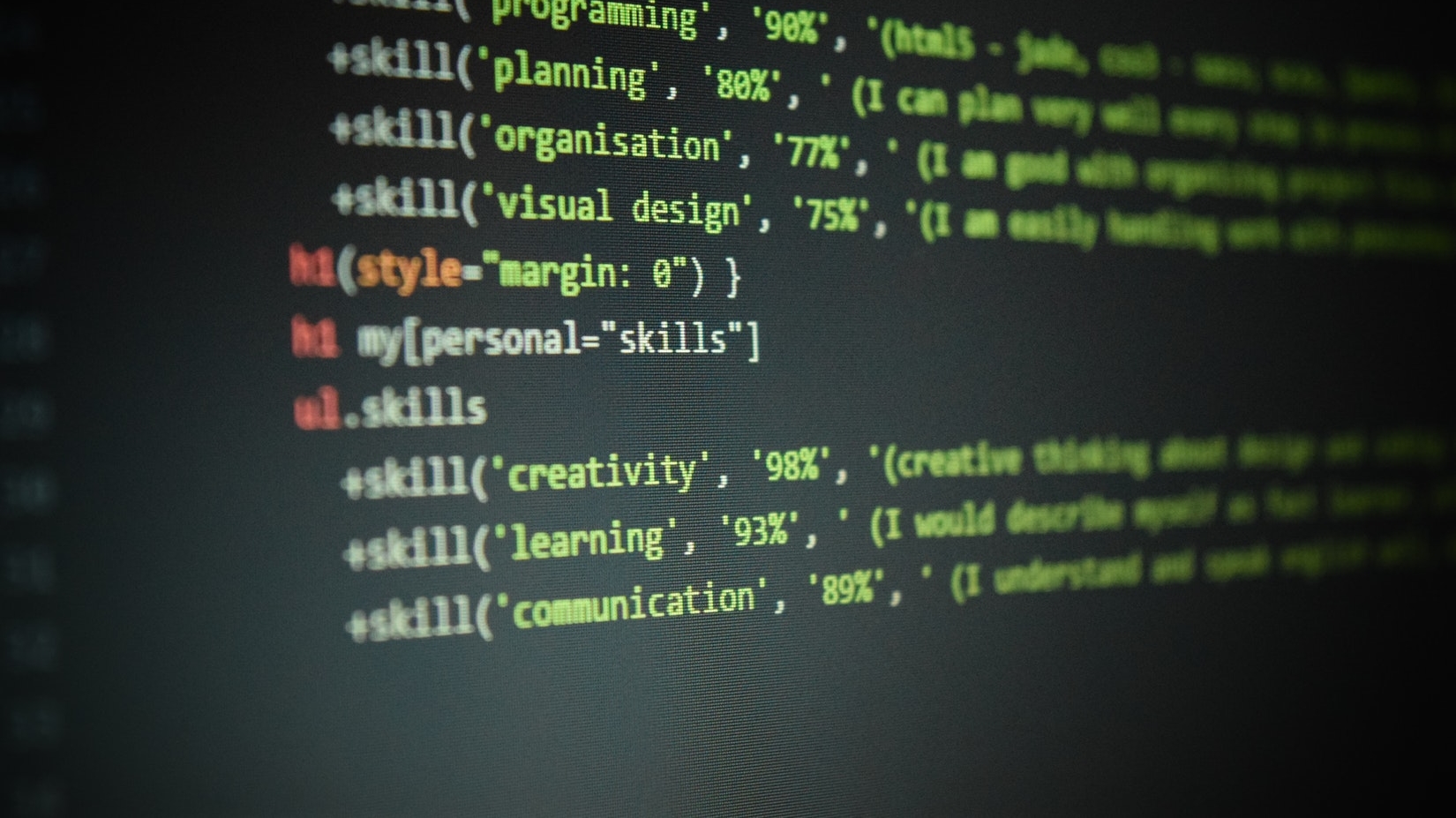 Humanity has always endeavoured to speed up manual tasks. From the first use of animal bones as tools to the creation of the factory production line by Ransom E Olds in the early 1900s and beyond, we have always wanted to make things better, faster and cheaper.

But each iteration of automation has led to fears that tireless, easily replaceable machines will do away with human work.

Now a new report from the McKinsey Global Institute has highlighted how it thinks a range of jobs based on human skills are likely to be affected by AI and automation.

The study also emphasizes the top three skill sets McKinsey says workers will need to develop between now and 2030 if they do not want to be “left behind”.

Workers use a range of these capabilities across a wide field of jobs. So physical and manual skills encompass tasks that could be performed by relatively unskilled labour, such as drivers and assembly line workers, as well as skilled workers, including nurses, electricians and craftspeople. 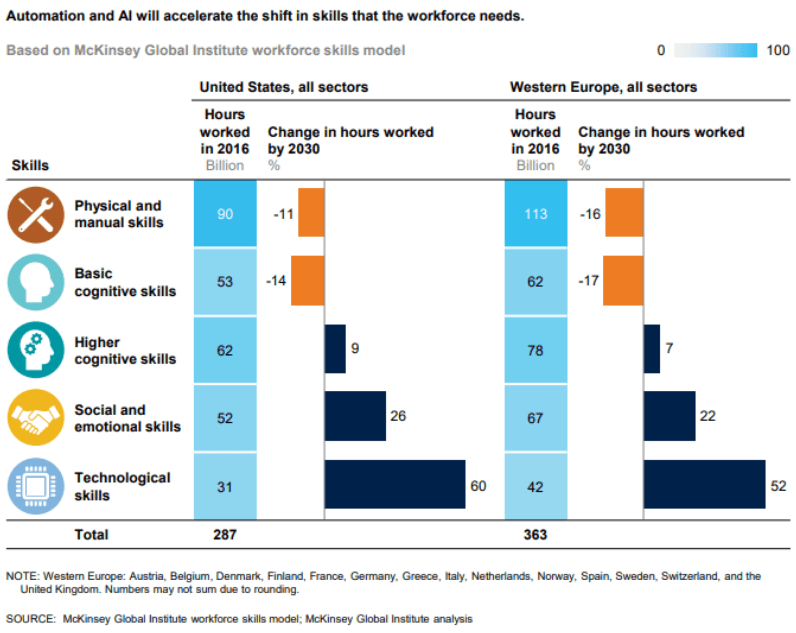 Cognitive abilities like basic literacy and numeracy are needed by workers such as cashiers, customer service staff and those involved in low-level data input and processing, such as typists and clerks.

But the report says that it is predominantly workers with these two skills sets who are likely to suffer most, although not in every profession.

Demand for higher cognitive skills such as creativity, critical thinking and decision making, and complex information processing, will grow through 2030 at cumulative double-digit rates.

“Skill shifts will play out differently across sectors,” the report notes. “Healthcare, for example, will see a rising need for physical skills, even as demand for them declines in manufacturing and other sectors.”

Nonetheless, a wide variety of tasks currently performed by people specializing in such skills in the US and 14 Western European countries are likely to be automated, McKinsey found.

Physical and manual workers in the US were likely to see a decrease of 11% from the 90 billion hours worked in 2016, while Western Europe’s 113 billion hours would be reduced by 16%.

But the report also predicts a dramatic increase in demand for more employee hours across the other three skills sets, which are:

Social and emotional, or so-called “soft skills”: these include advanced communication and negotiation, empathy, the ability to learn continuously, to manage others and to be adaptable. Business development, programming, emergency response and counselling require these skills.

Technological: this embraces everything from basic to advanced IT skills, data analysis, engineering and research. These are the skills that are likely to be the most highly rewarded as companies seek more software developers, engineers, robotics and scientific experts.

Shifting up a skill set

They add: “Demand for higher cognitive skills such as creativity, critical thinking and decision making, and complex information processing, will grow through 2030 at cumulative double-digit rates.

“The growing need for creativity is seen in many activities, including developing high-quality marketing strategies. The rise in complex information processing, meanwhile, is related to the need to be aware of market trends and the regulatory environment that affects a company’s operation, or the need to understand and explain to customers the technical details of a company’s products and services.”

RELATED: Skills for sustainable well-being in the digital age

Demand for higher cognitive skills in the US in 2030 will rise 9% above the 62 billion hours recorded in 2016, and the 78 billion worked in Western Europe would notch-up a further 7% in the same period.

But it is workers with technological skills who, by 2030, will experience the biggest proportional increase in the demand for their time: a rise of 60% above the 31 billion hours worked in 2016 in the US and a 52% increase on Western Europe’s 42 billion hours.

“Competition for high-skill workers will increase,” the report states, “while displacement [losing or moving jobs, or having insufficient work] will be concentrated mainly on low-skill workers, continuing a trend that has exacerbated income inequality and reduced middle-wage jobs. Companies say that high-skill workers are most likely to be hired and retrained, and to see rising wages.”

Share via
In the age of automation, 3 key skill sets to learn by 2030
https://news.itu.int/in-the-age-of-automation-3-key-skill-sets-to-learn-by-2030/
X
From steel to high-tech: The Pittsburgh model of economic reinvention (VIDEO)…Artificial IntelligenceBy ITU News Cities worldwide are considering ways to better leverage information and communication technologies (ICTs) to enhance, or even rebuild, ec…
Send this to a friend