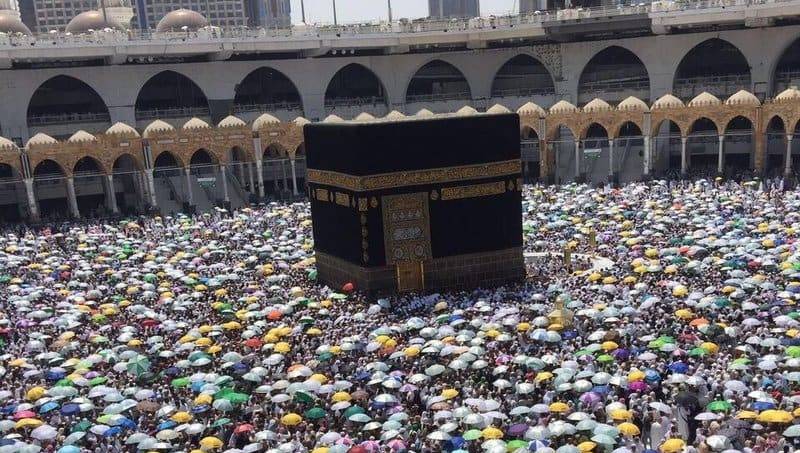 How Saudi Arabia harnessed ICTs to ensure a successful Hajj

The Hajj. For many of the world’s more than 1.6 billion Muslims, the chance to join the annual holy pilgrimage to Mecca marks one of the most special moments of their lives.

It’s a time of devotion, spiritual regeneration – and, for many, a once-in-a-lifetime opportunity.

It’s also a massive logistical undertaking for the Kingdom of Saudi Arabia, which recently finished hosting some 2.3 million pilgrims for this year’s Hajj.

In today’s digital economy, those efforts now require staggering amounts information and communication technology (ICT) infrastructure, both to coordinate all the critical on-the-ground services and to provide the world’s pilgrims with reliable access to the data-heavy mobile photo and video applications needed to document and share the special moments with family and friends back home.

Network infrastructure and capacity for Hajj season was planned to serve millions of pilgrims equipped with smartphones and mobile devices to document every moment, call family and friends, and share photos and videos on social media at all times. 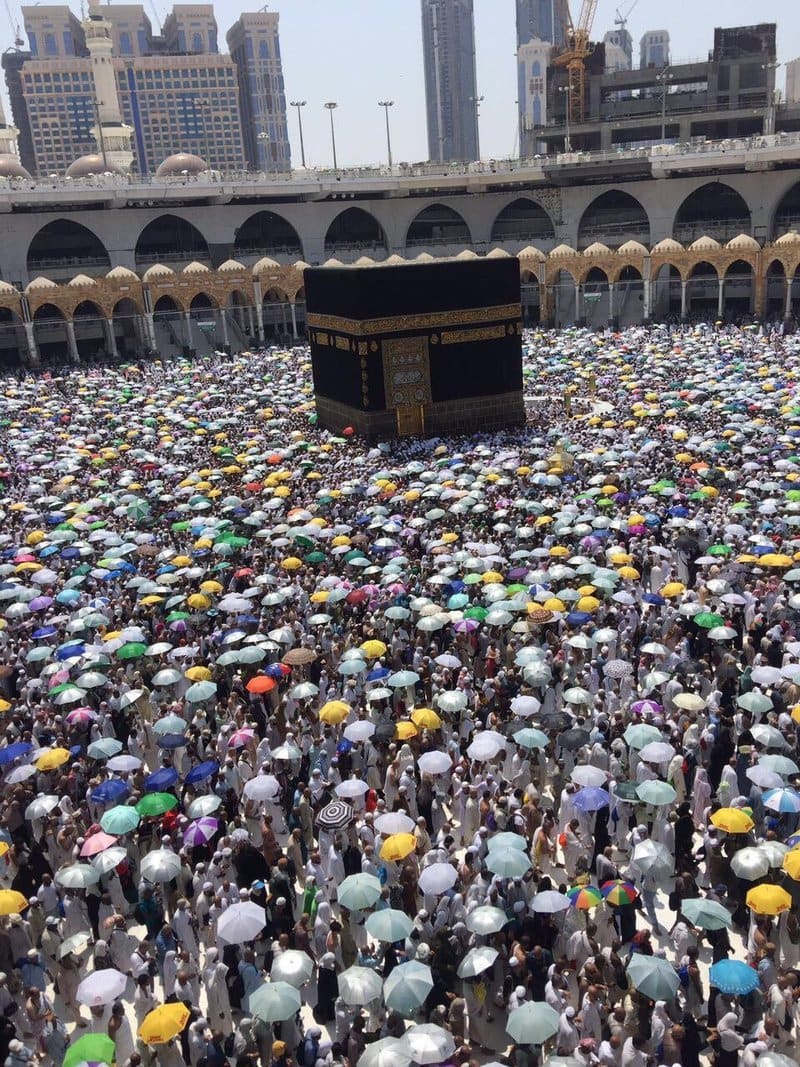 His Excellency Eng. Abdullah Al-Sawahah, Minister of Communications and Information Technology (MCIT) in Saudi Arabia mentioned in one of his remarks during Hajj that the MCIT started working early with the Communication and Information Technology Commission (CITC) — in cooperation with telecom providers — to develop plans and build networks to keep pace with the increasing demand for telecom services during the Hajj season. He added that the Hajj was an exceptional success this year, in particular the ICT services provided, due to the great support by the Saudi government under the leadership of the Custodian of the Two Holy Mosques and the Crown Prince in order to make the most of the potential of this sector to serve the pilgrims.

During the Hajj period, over 700 million phone calls were made and more than 23,000 terabytes of data were used over telecommunications networks, according to MCIT and CITC data supplied to ITU News.

Mobile data demand in the Hajj cities this year nearly doubled from same period last year, which well exceeded the anticipated 60-70% increase, due largely to increased usage of YouTube and Snapchat – by far the two most-used apps during Hajj. 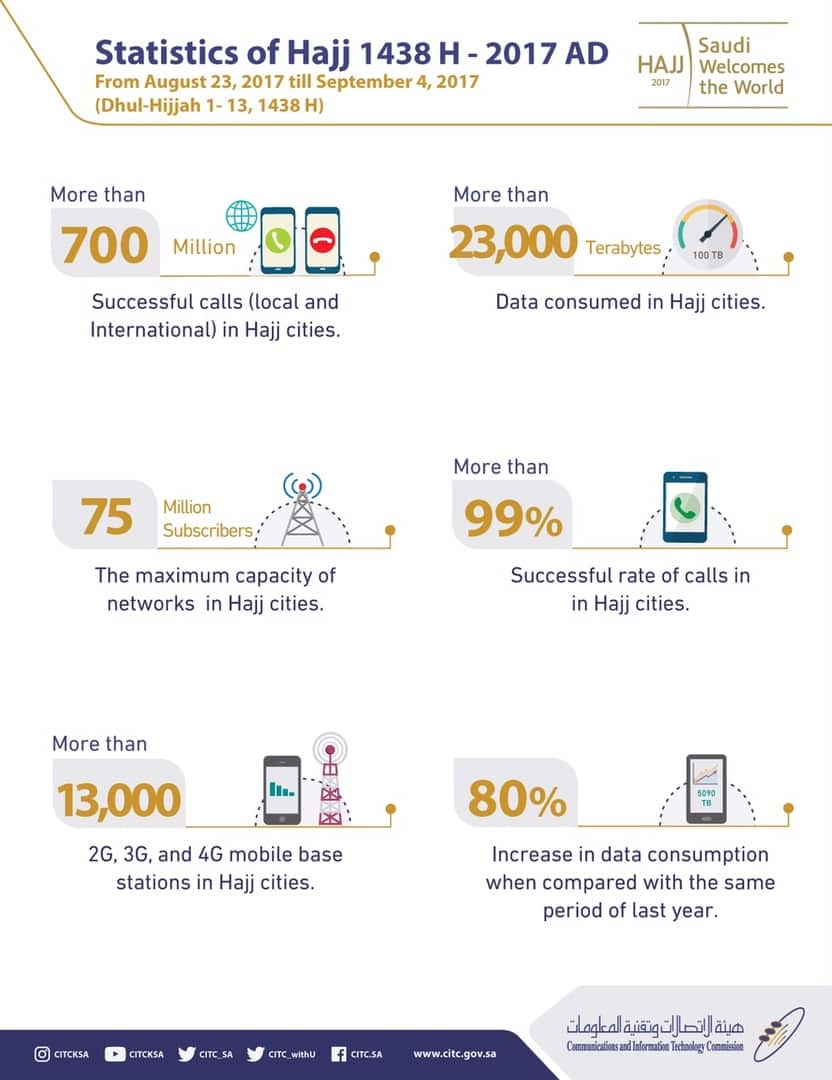 The secret to success: preparation

The MCIT and CITC, both eager to ensure a safe and enjoyable Hajj, had prepared early for double the amount of anticipated data usage through a coordinated effort with a range of key stakeholders, including mobile operators, vendors, and government agencies.

This included 3700 ICT specialists deployed in the field and more than 13,000 2G, 3G, and 4G mobile base stations set up in the Hajj cities to help provide the capacity for up to 75 million subscribers. That is more than adequate to provide coverage for the entire population of some countries. In addition, fiberoptic cables were laid down to provide seamless high quality to video livestreams.

The results included an 80% increase in the number of 4G base stations and less than 0.5% dropped calls. 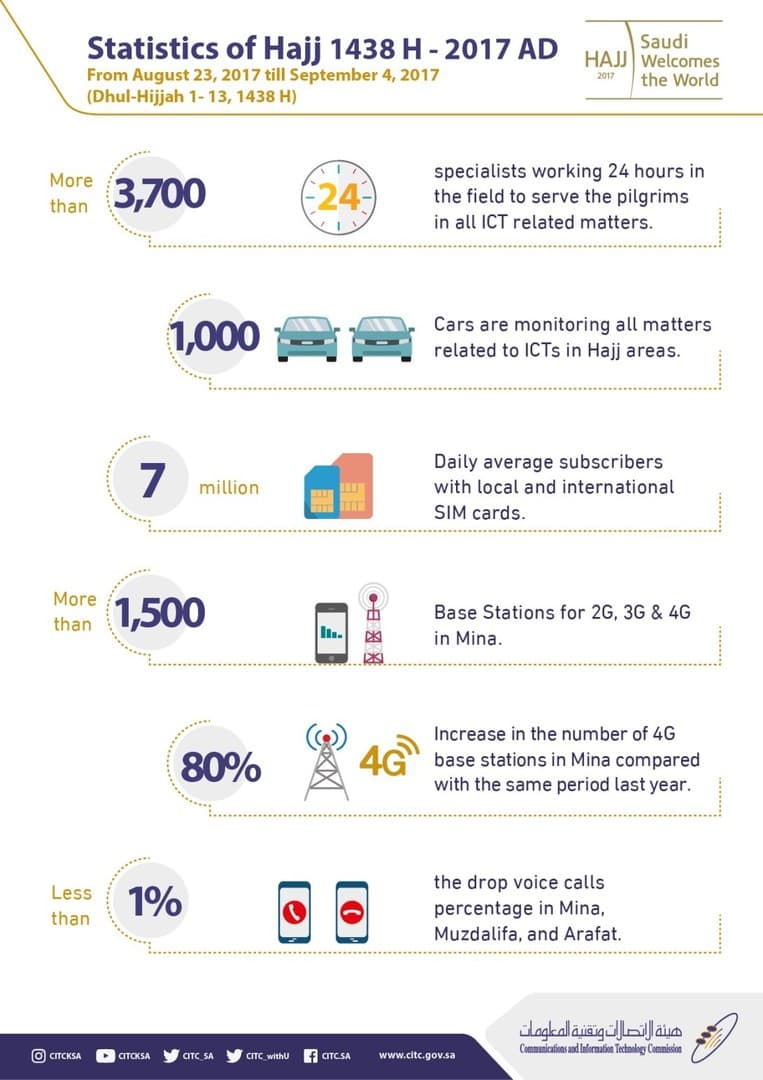 The MCIT and CITC partnered with mobile operators not only for preparing the infrastructure projects, some of which are used just for few days a year solely by the pilgrims, but also for utilizing real-time data. The partnership created new opportunities and benefits for players in the private sector. Hajj is the rare occasion for operators and vendors to put their products and systems to the test of extremely high mobile data traffic in a short time frame.

Watch the video to learn about ITU’s standard on high-quality communications services at major events:

The MCIT and CITC worked with major operators to collect raw data every day during the Hajj period. The data was then sent to an analytics team to compile the data into insightful reports for Members of the Cabinet of Ministers.

In addition, a team of university students were dispatched for quality service measurement purposes. The effective use of data analysis helped paint a picture around the statistics and unveil the emerging trends that will be useful for the preparation of next year’s Hajj.

The government is now also partnering with academia to look into how new technologies like wearable devices can manage and predict the crowd movements and avoid congestion. Many innovative smartphone apps are designed for the pilgrims undertaking the journey.

How Saudi Arabia harnessed ICTs to ensure a successful Hajj