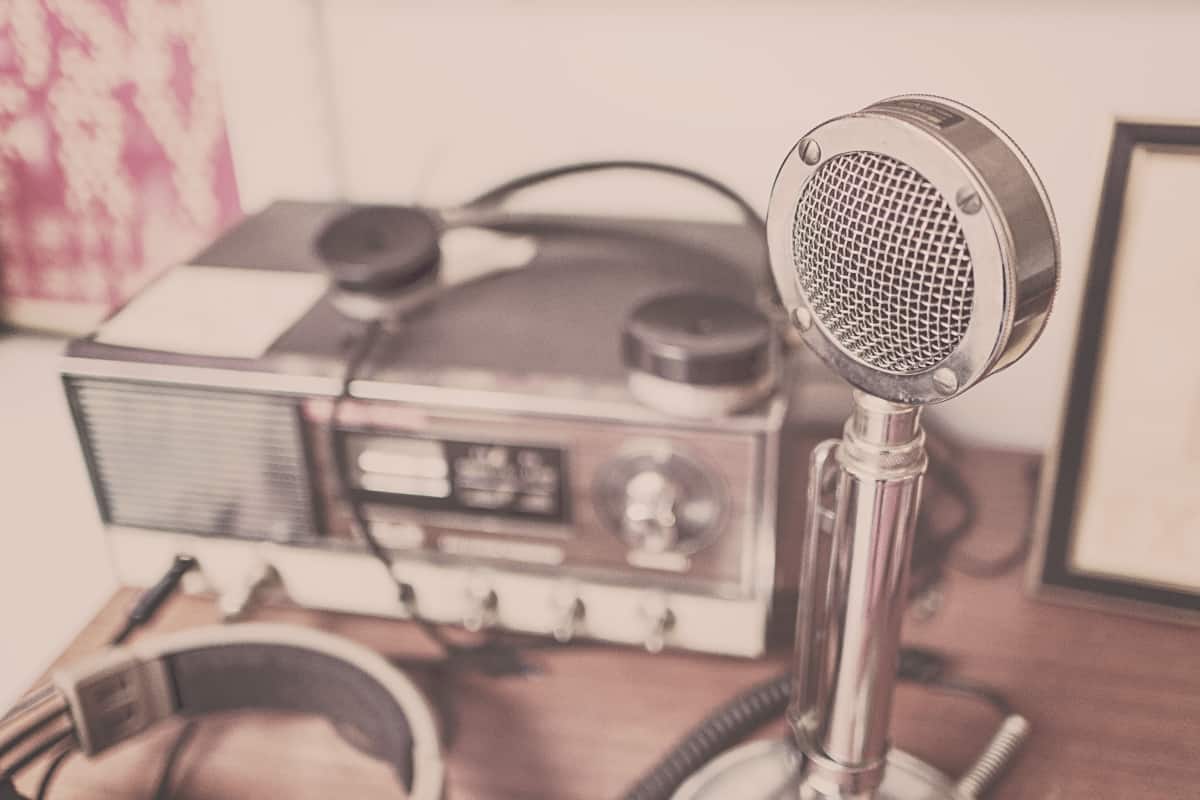 *This article is republished with permission of the author and the Amateur Radio Safety Foundation, Inc.

The Hawaii hams felt an earthquake and sent detailed reports that were immediately used by the United States Geological Survey (USGS) to assess the magnitude and damage done by this latest tremor. Their reports used a special email program, Winlink Express, that operates through high frequency radio even when normal communication channels are down.

It wasn’t the biggest earthquake. At M4.6, it woke a lot of people up, gave them a startle, but did minimal damage. The significance of the event was that it proved—once again—that amateur radio operators had found yet another way to play a crucial role in identifying and responding to emergencies. In the best ham tradition, it all came about through volunteer operators solving problems for an agency in need. It’s easy to see how this solution will save lives when there is—as there will be—more devastating earthquakes and responders are operating blind because of something called ‘the donut hole.’

The danger of donut holes

The donut hole, as seismologists call it, is far more serious than its name suggests. David Wald, a seismologist at USGS, explained that while there are many mechanical seismic sensors around the United States and the world, earthquake recovery requires the prompt response of human beings.

Seismic sensors can’t be everywhere. But, by definition, people are always in the zones of damage that most concern emergency responders and, as Wald says, “humans are remarkably good at detecting shakes and identifying damage.” The issue is getting the observations of those people into the hands of the seismologists and emergency responders.

Wald heads the USGS’s “Did You Feel It?” program. People who feel an earthquake are encouraged to go to the USGS website and fill out questions. They are asked to identify location, time, the level of movement, and the kind of damage—picture frames knocked over? Drywall cracked? These individual reports, aggregated, provide a remarkably detailed and scientifically significant set of data. Most crucially, people are able to report damage in a way that seismic sensors can’t. “The most important thing is the damage,” Wald said. “Especially the damage at the center.”

This is the core problem that the Winlink/USGS collaboration addresses. “We get a lot of reports from the periphery of an earthquake,” he said. “But we get very few from the center, where the most damage is.” Thus: the donut hole. People right near the center of an earthquake often lose electric power, cell service, and are in a state of panic. The last thing they’re thinking about is the need to send a report to the USGS.

Hams to the rescue – with the help of ICTs

Wald was wrestling with this “donut hole” problem and communicating with seismologists in Europe who face a similar issue. How could the USGS figure out how to get people close to the center of an earthquake to report what they feel? Put another way: how could they identify a group of civilians who are spread around the world and who have training and an interest in sending emergency reports and have the equipment to do so even when power and phone service goes down? Wald, and his colleague, Vincent Quitoriano, were frustrated with no solution in sight when a remarkable thing happened. They received an email from a ham.

Oliver Dully, K6OLI, lives in Pasadena, California. In late May 2020, after a minor earthquake nearby, he wondered if anybody at the USGS knew about ham radio and the fact that there are hundreds of thousands of people, worldwide, with deep knowledge, great communication equipment, and a strong desire to help in times of crisis. He sent a blind email to the USGS that happened to arrive precisely when it was most needed. Quite quickly, he was on a video chat with Wald and Quitoriano. The USGS team knew a tiny bit about amateur radio, had seen hams help out during earthquakes. But they had not, before Dully’s note, thought of them as the obvious solution to the donut hole problem.

Wald says that Dully quickly convinced him. “Hams usually have backup generators, they think about communications, they are prepared to send out messages even during crises,” Wald said. In addition, since each message would include a call sign, “It gives us more confidence in the data, knowing it comes from people who sign it,” he said.

Dully is District Emergency Coordinator for Los Angeles Amateur Radio Emergency Service®, and had worked closely with the Winlink development team on a special form for LA-area hospitals. Dully called Mike Burton, XE2/N6KZB, who manages the forms writing process for Winlink. Burton immediately brought in Greg Kruckewitt, KG6SJT, who does the hard work of designing forms.

Connecting hams to emergency communications when all else fails

Winlink is the primary tool used to send written information through high frequency radio for the amateur radio community as well as for governments agencies worldwide. For decades, it has allowed hams and emergency response officials to communicate over short or long distances when the internet, cell towers, and other forms of contact are disabled. It works all over the world, all the time, and requires no infrastructure other than that provided by amateur radio operators themselves. As a result, many emergency planners see Winlink as a crucial backup when all else has failed. The USGS partnership brought a new capability to Winlink, one that is likely to make it even more in-demand.

The Winlink development team has a large library of forms that allow hams to enter information or transmit messages in the specific format needed by whichever agencies are involved in a particular emergency event. Before the USGS partnership, these forms had always been designed for manual use. A ham enters information into a form and sends it. The form eventually is given—electronically or in hard copy—to a person at an agency, who then manually enters the data into their system.

Burton and Kruckewitt realized this process could be too slow for the USGS’s needs. The entire point of having reports from earthquake sites is to allow immediate response. The USGS has a website that any person can use to submit reports that are immediately entered into databases where they are available to seismologists and emergency responders who can use the information to plan their rescues.

If the internet were down, hams could send their reports through Winlink but then the details would have to be manually entered. In a typical large earthquake event, USGS expects dozens, even thousands of reports. It would take hours or days to enter all that information. It would only be available long after it served any use.

Kruckewitt, with Winlink, and Quitoriano, with USGS, came up with a new idea. They would redesign the way Winlink forms work so that the reports would be automatically entered into the USGS database, available immediately. The two men spent hours every day for several weeks building this capability into Winlink. Kruckewitt is a retired kindergarten teacher, not a computer programmer. But he is a ham, so he taught himself how to code the forms.

The results are remarkable. Any agency or amateur radio Winlink user who has experienced an earthquake can quickly call up the “Did You Feel It” form and answer the questions: where are you? What happened? How strong was the shaking? Did you notice the swinging of doors? Did objects rattle, topple over, or fall of shelves? Etc. If the internet is working, they can send the form through telnet. If it’s not, they can use radio transmission. The USGS welcomes reports from all over the world, not just the U.S. And there are Winlink receiver stations within contacting distance of most HF rigs.

The Winlink/USGS/LAX ARES partnership happened stunningly quickly. Dully sent his original email in late May. By the end of June the project was ready to be tested. Dully arranged for several groups, including a group of Hams in Hawaii, to send test messages into the USGS system. By complete coincidence, the M4.6 earthquake was felt in the midst of this test. So, days before the program was formally launched, it was used in a real-world event. Then, on Sunday, July 5, 2020, it was made available to the world.

Kruckewitt says he now knows how to do the hard work of making forms available to databases. Burton says this is transformational for Winlink and its users. It means that Winlink is even more helpful to partner agencies, since messages and forms can now be designed to be automatically entered into emergency communication databases without requiring human intervention.

Burton is already speaking with several other partner agencies about amending forms or creating new ones. He expects that, once word gets out, he will find many other people like David Wald, folks involved in emergency response who are eager to have quick, reliable, automated reports from amateur radio operators.

Photo by Gratisography via Pexels.

X
Welcoming the next phase of innovation in digital currency…Cybersecurity/TrustBy Bilel Jamoussi, Chief of the ITU-T Study Groups Department Digital transactions are changing the way we view payment systems and systems for financ…

Share via
Ham radio and emergency comms: Filling the USGS \'donut hole\'
https://news.itu.int/ham-radio-emergency-comms-usgs-donut-hole/
X
How Saudi Arabia is deploying ICTs against COVID-19 – and beyond…Broadband/NetworkBy ITU News The global COVID-19 pandemic has had a profound effect on people, systems, economies, and governments around the world. The Kingdom of Sau…
Send this to a friend