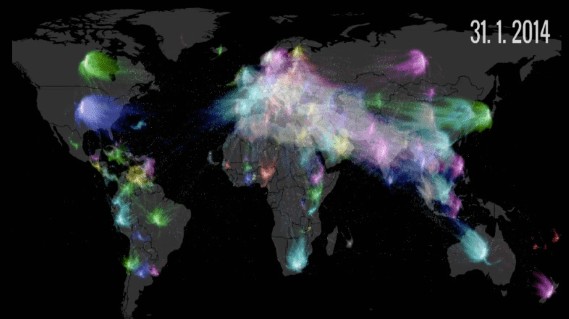 World Post Day is celebrated each year on 9 October, the anniversary of the establishment of the Universal Postal Union.

Did you know that your online order produces valuable data every time it is delivered by the Post, the most physically connected network in the world?

This is because e-commerce has become truly global, and the postal network, with its 690,000 post offices and 5.2 million staff, has become one of the most prominent delivery channels – if not the most prominent – for hundreds of millions of cross-border online orders. As an unexpected by-product, the billions of tracking records for these international transactions can be used to help achieve the United Nations (UN) Sustainable Development Goals (SDGs) by providing reliable indicators on social and economic development.

Conscious of this opportunity, the Universal Postal Union (UPU) leverages disruptive Information and Communication Technologies (ICTs) to collect, share and analyze data that can support a wide range of development policies. Our collaboration with UN Global Pulse is the most noteworthy example in this regard.

When the development of the Internet became a global phenomenon, many pundits predicted an acceleration of Posts’ decline, as substitution from letters to e-mail gathered pace. However, although ICTs posed a significant threat to Posts, they also carried exciting opportunities, thanks to e-commerce and to the pervasive digitalization of various inclusive services delivered to citizens everywhere. In the age of the IoT, the postal sector very much remains an enabler of inclusive development and an essential component of the global economy.

The digital transformation experienced by postal operators means that they can track the electronic connections between millions of devices and sensors attached to the critical physical and human components of the global postal supply chain, whether they be buildings, vehicles or delivery staff. Resulting from this connectivity between postal “things”, the automated transmission of data between millions of nodes in the global postal network enables an eversmoother and predictive tracking and tracing of postal shipments across the world.

What is more, governments and policy-makers are realizing that the growing application of a wide array of modern ICTs in the postal sector will soon lead to the real-time capture of several trillions of digital footprints every year, which could, through appropriate data-sharing arrangements, be leveraged to monitor progress in achieving the 2030 Agenda for Sustainable Development.

In particular, target 17.18 of the SDGs stresses the urgent need for the international community to enhance, by 2020, capacity-building support to developing countries in order to significantly increase the availability of high quality, timely and reliable data at various levels of granularity. In response to this immediate challenge, the UPU, in partnership with the UN Global Pulse, has been researching how to unleash the potential of postal big data to measure and monitor development.

The UPU and UN Global Pulse have published a recent joint study in which they analyzed a data source that is undoubtedly “big”, and that also represents one of the most established and pervasive long-distance communication networks in the history of mankind – data on the postal network. Every time a letter or a parcel is sent, many digital traces are left, including where it was sent from (in the origin country) and where it was delivered (in the destination country) – see Figure 7. The UPU has been collecting electronic data on the traces left by these international transactions for over twenty years. In many cases, the data comes from post offices disconnected from any digital or mobile network.

Figure 7: A Snapshot of Global Postal Flows from 31 January 2014

The joint UPU–UN Global Pulse study addressed the question whether the network patterns of different flow networks between countries could be used to estimate indicators for the socio-economic profile of a country. To test this hypothesis, the study produced aggregate measures of each country’s connectivity based on the postal network structure and international flows, and then correlated different measures of global connectivity with 14 commonly used socio-economic indicators – including a country’s GDP per capita, Human Development Index (HDI), Gini coefficient, Corruption Perception Index (CPI) and poverty rate.

GDP per capita and life expectancy were found to be the most closely correlated with the degree of global network connectivity (as a combined measure of all global networks), followed by postal, trade and Internet levels of connectivity, taken separately.

In other words, a very close link was identified between national wealth and the cross-border flow of goods and information facilitated through the use of ICTs.

The UPU–UN Global Pulse study concluded with four principal findings. Firstly, it is clear that global postal flows can reveal fundamental aspects of international dynamics and act as a proxy for many socio-economic indicators, such as GDP, poverty rate and HDI. Secondly, combining global postal data with data from other global networks can produce even better proxies for measuring development at national level. Thirdly, measures of postal connectivity at the community level can provide a view of local well-being in real-time, thanks to the continuous tracking of postal shipments. Finally, the exponential growth of e-commerce strongly suggests that postal flows will remain a key indicator of economic activity.

By leveraging ICTs, the study showed that UPU’s big data was able to generate reliable indicators on social and economic development, even in cases where macroeconomic data is patchy (e.g. due to weak local statistical capabilities). And this big data is truly invaluable for policy-makers, donors, fundraisers, project managers and all key stakeholders in the technical cooperation arena, who are eager to measure the potential and the actual impact of projects in the field.

In conclusion, while many were predicting that the advent of new ICTs would spell the end of the Post, the postal sector has in fact reached a tipping point, where the opportunities opened up by ICTs far outweigh the initial threats of electronic substitution. With the postal sector already at the forefront of innovative SDG measurement initiatives around the world, and with postal operators worldwide fully committed to delivering on numerous SDG targets, the international development community can definitely rely on this important and inclusive delivery channel – available to and accessed by several billion citizens every year, including the most vulnerable.

It is now up to national statistical offices and other international organizations to fully seize this unique opportunity for collecting data and monitoring key global development patterns by further integrating postal big data indicators into their SDG measurement toolbox. This and other studies show that, far from being an outdated technology, postal services remain a key foundation infrastructure in our modern societies, and one which continues to throw up surprises about how and why we live the way we do.

The original version of this article first appeared in Fast forward progress: leveraging tech to achieve the global goals 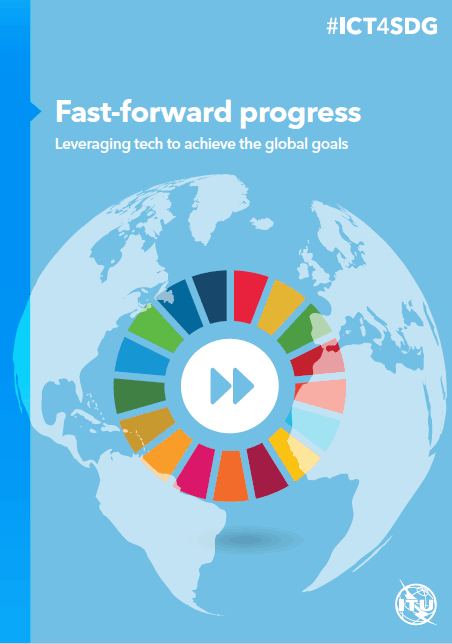 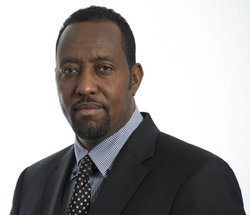 X
How we can better use tech to improve lives in least-developed countries…ICT4SDGBy ITU News Information and communication technologies (ICTs) now form the backbone of today’s digital economy, but how can these transformative techn…