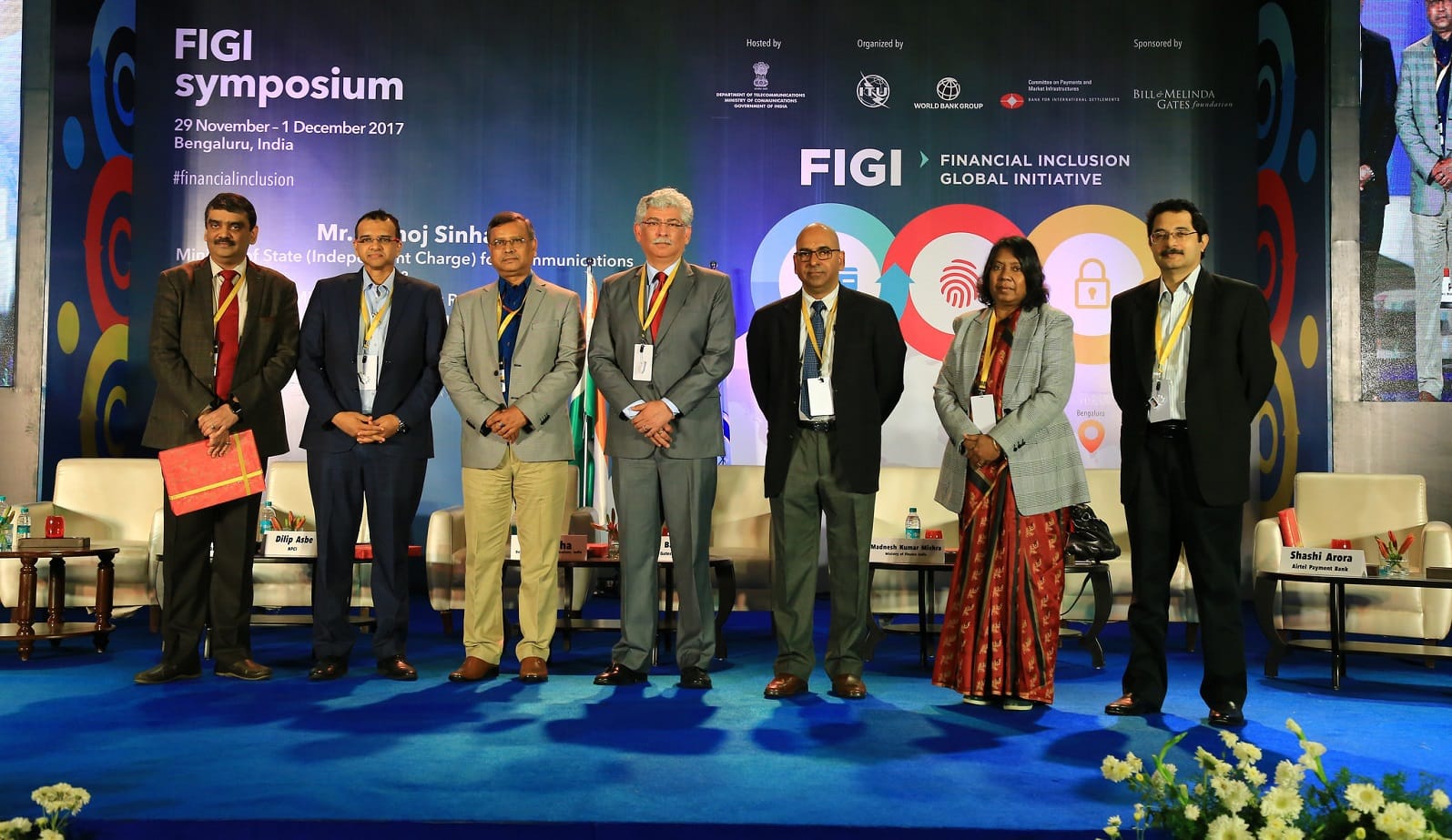 “India plans to be a 10-trillion dollar economy in the next decade and that can only be achieved by financial inclusion,” says Manoj Sinha, India’s Minister of Communications. “Financial inclusion can be a key factor in removing poverty and spreading prosperity in developing countries.”

Minister Sinha was speaking at the opening ceremony of the first symposium of the Financial Inclusion Global Initiative (FIGI) in Bangalore, India. The second day of the symposium, the first day open to public, shone a spotlight on the progress of India’s comprehensive financial-inclusion programme.

According to government figures cited by Indian officials at the FIGI Symposium, over 300 million new bank accounts have been opened in India since the 2014 introduction of the Jan-Dhan Yojana (People Money Scheme). India was even recognized with a Guinness World Record for the most new bank accounts opened in one week, with over 18 million accounts opened from 23 to 29 August 2014.

“We wanted every household in India to have a Jan-Dhan account, and we were particularly interested in encouraging women to open accounts,” said Madnesh Kumar Mishra, Joint Secretary of the Department of Financial Services in India’s Ministry of Finance. “We have succeeded in giving an account to every household in India, and 53 per cent of Jan-Dhan accounts are held by women.”

How non-banks are helping to bridge the urban-rural divide

Connectivity, identity and bank accounts – these are the three pillars of financial inclusion in India. With close to 1.2 billion mobile-wireless connections, India is building on strong digital foundations.

Half a billion of these connections are in rural areas, forming a key opportunity to expand financial inclusion and bring rural communities into India’s fast-growing digital economy. India has also launched a multibillion-dollar programme to bring broadband connectivity to rural areas, the biggest programme of its kind in the world.

“The refrain of all refrains is connectivity,” said PK Sinha, Finance Advisor to India’s Department of Telecommunications. “Connectivity is the basic backdrop for financial inclusion. Connectivity is number one. Then Affordability. Then Awareness.”

India applies a so-called ‘bank-led model’ in encouraging digital financial inclusion. However, innovations such as Payment Banks – non-banks with deposit-taking capabilities restricted to 100,000 Indian rupees (roughly 1,500 US Dollars) – are bringing new actors such as Airtel into the financial-services market.

“People living in rural areas never have an issue finding a place to buy prepaid vouchers for their mobile phones, but the nearest bank branch might be 20 kilometres away,” said Arora. “We want to take advantage of the great reach of telecoms networks. It’s a simplified banking model. We’re simplifying banking from a cost and access perspective.”

Aadhaar unique biometric ID is essential to Jan-Dhan. In the words of Madnesh Kumar Mishra, “Aadhaar is a national critical infrastructure.”

Surekha Marandi, Executive Director of Financial Inclusion at the Reserve Bank of India, explained that Aadhaar has solved the KYC problem but that last-mile connectivity remains the main challenge to financial inclusion in India. This is why non-bank actors such as Payment Banks have entered the fold, said Marandi: “Non-banks are helping us to achieve sustainable and affordable last-mile connectivity.”

India has granted 11 entities permission to act as Payment Banks, but what is the future of non-banks’ contribution to financial inclusion in India?

“cKYC, centralized KYC, will ensure no multiplicity of documentation. With cKYC, anyone will be able to offer financial services. But that is the future.”

Share via
Spotlight on financial inclusion in India
https://news.itu.int/figi-symposium-spotlight-financial-inclusion-india/
X
Regulation: Thought Leadership at Web Summit 2017…InfrastructureBy Lucy Spencer Regulation helps prevents against medical malpractice; it ensures that the food we eat is safe, and maintains order on the roads. Yet …
Send this to a friend