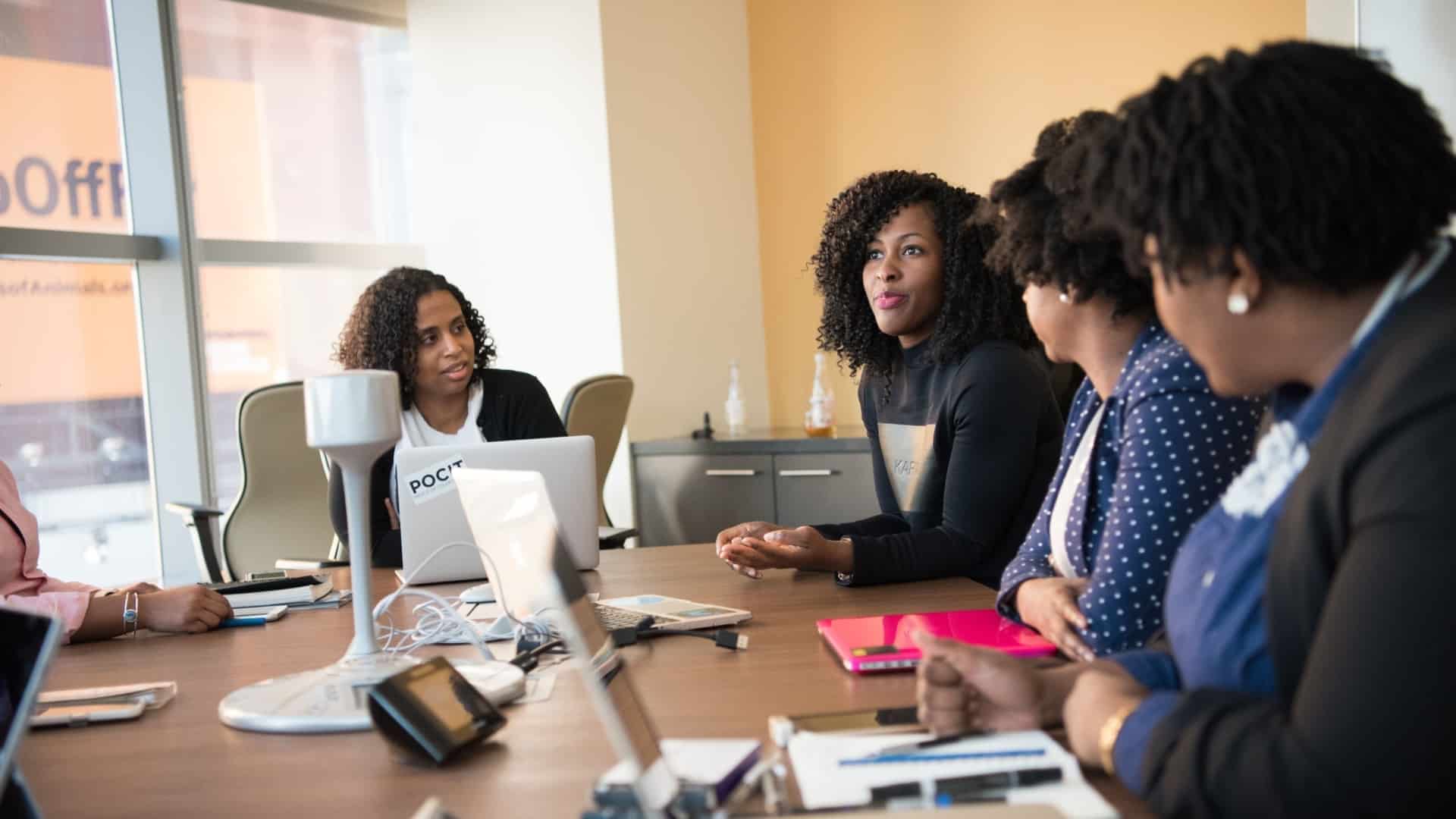 5 ways to fight gender bias in the tech industry

Gender diversity in tech has proven benefits; however, it’s still the case that women are hugely underrepresented in this industry.

According to the National Center for Women & Information Technology, only 26% of tech roles in the U.S. were held by women in 2017, while the percentage of women CIOs (Chief Information Officers) at Fortune 500 companies in 2017 was just 17%.

It would be one thing if this was representative of the population, but I have news for you: women make up roughly 50% of the United States’ population.

Gender bias in the workplace was cited as the third most identified barrier for female candidates to get or stay in the tech industry, according to ISACA. Bias is defined as holding prejudice or stereotypes about specific things, individuals or groups of people, and it skews our behaviour and decisions, usually in a way that’s considered to be unfair when our biases are about other people.

How can we fight bias to become more objective and treat people fairly? Here are five things we can do to make a difference.

A lot of times we are not aware of our own biases, so education is definitely step number one. Recognizing that we all have biases and understanding what groups of people we might subconsciously discriminate against is a must before we can start altering our behaviour.

RELATED: How men can help bring gender equality to the tech sector

When I was at Google, diversity training was a mandatory part of my onboarding process. And even though a lot of people may have seen it as annoying, I saw it as a very insightful process.

We did Harvard’s awesome Implicit Association Test that tests for unconscious biases and therefore helps you be more aware of them at the workplace. The goal was to help you adjust your behaviour on the spot if you noticed that your biases were clouding your judgement – ultimately making you fairer and more objective. Try taking the test yourself and see what groups you might subconsciously be biased against . . . are women in tech one of your bias groups?

Every company should have some sort of training for their employees to help them understand what biases are and their effects on objectivity. And if they can go one step further and make everyone aware of their own personal biases, that would be even more effective.

Hiring is difficult. Very difficult. On top of that, our human nature and biases can get in the way of finding the right candidates and sometimes become another barrier to diversity – since we tend to like people who are similar to us. Eliminating those variables takes effort, but it’s doable and necessary to ensure there’s diversity of thought within the company.

RELATED: How one woman went from selling tortillas to front-end engineering

Let me tell you another story from my time at Google: I was very fortunate to have done the interview training and even shadowed a couple of interviews, so I saw the hiring process as an insider.

It was designed to minimize potential biases; in fact, interviewers aren’t allowed to ask candidates anything personal that could make them judge the candidates. Interviewees are assessed on four criteria overall, and their personal lives are not taken into consideration at any point.

‘People should be compensated equally for the same work.’

Unfortunately, I don’t have a clear solution for you here, but all I can say is that hiring processes need to be redesigned to eliminate biases clouding objectivity. Candidates should be assessed on their skills and suitability for the role/company – and not judged by their gender, age, parental status or music preference (to throw a random one into the mix).

This mostly refers to promotions and processes like role or project allocation. Instead of jumping to general conclusions that men would perform better at task X while women would excel at task Y – and distributing roles according to that logic – the process should be objective. Assessing skills and performance as well as using hard evidence and numbers should be the only way to do those kinds of things.

RELATED: The power of giving girls the tools to realize their dreams

As an experiment, companies could prepare this kind of data about employees concealing any clues about who the person is before presenting it to the decision makers. This way any potential gender biases would be eliminated and the person getting the promotion (or the new project) would be the person who really deserves it.

You’ve probably heard that women in many industries are compensated less than men are for the same skills and effort; well, unfortunately, tech is no different. According to Payscale, women earn 77.9 cents for every dollar a man earns. That’s a 22% pay gap! Of course, this demotivates a lot of talented women.

Whether the gap is caused by men’s tendencies to negotiate more or by other factors, this pay gap is a problem that has to be fixed. Companies need to proactively check and re-check whether their compensation structures are fair and adjust them if they’re not. People should be compensated equally for the same work.

5. Everyone should be heard

And finally, everybody should have a space or an outlet to express their thoughts or ideas. Not everyone feels comfortable speaking up in meetings, and sometimes companies might actually miss out on amazing opportunities because of that.

I’m not trying to attribute any sort of behaviours to any gender in particular, but companies tend to recognize so-called “alpha males” more often because typically they are more confident and active in meetings. Not everyone is – or wants to be – an alpha male, however, and they shouldn’t feel pressured to become one to succeed.

Creating an atmosphere and a culture where everyone has a voice would help with that, and it would help quieter employees feel like their contributions are valuable and encourage them to add more to the conversation.

The data don’t lie: women are severely underrepresented in the tech industry and it’s a real problem. We need eliminate gender (and all other) biases from the workplace to encourage fair representation of all groups before it’s too late and the algorithms around us inherit our social biases.

The original version of this article first appeared on EQUALS. Views expressed in this article do not necessarily reflect those of ITU.

Masha Zvereva is the founder of Coding Blonde, a blog dedicated to empowering women in technology and breaking stereotypes.

X
How flying cars could shape urban mobilityArtificial IntelligenceBy David Alexander In 2011, Peter Thiel confronted his Silicon Valley peers with this observation: “We were promised flying cars, but instead we got 1…

5 ways to fight gender bias in the tech industry

Share via
5 ways to fight gender bias in the tech industry
https://news.itu.int/fight-gender-bias-tech-industry/
X
How women entrepreneurs are advancing the Arab World’s startup scene…ICT4SDGBy Kelly Ommundsen and Khaled Kteily It may surprise some to learn that one in three start-ups in the Arab World is founded or led by women. That’s a …
Send this to a friend