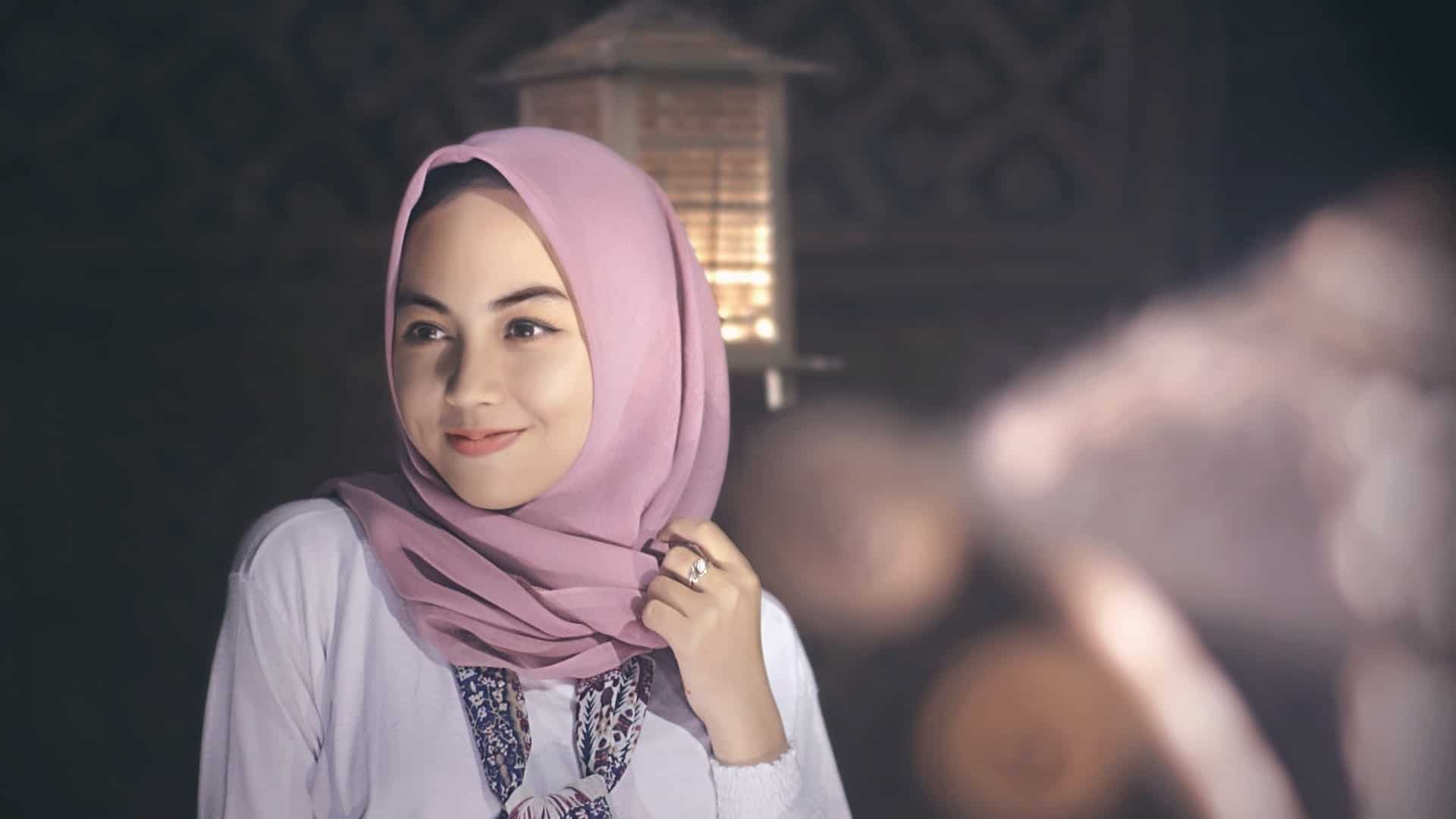 How women entrepreneurs are advancing the Arab World’s startup scene

By Kelly Ommundsen and Khaled Kteily

It may surprise some to learn that one in three start-ups in the Arab World is founded or led by women. That’s a higher percentage than in Silicon Valley. Women are becoming a force to be reckoned with on the start-up scene across the Middle East.

Because the tech industry is still relatively new in the Arab world, there is no legacy of it being a male-dominated field. Many entrepreneurs from the region believe that technology is one of the few spaces where everything is viewed as possible, including breaking gender norms, making it a very attractive industry for women.

‘If given the right platform, these women can become the business owners and leaders for the future of the region.’ – Elissa Freiha, Womena Co-Founder

Despite many challenges, including societal pressure on women to stay at home, a digital gender gap and structural disadvantages in fundraising and investments, female entrepreneurs are finding new and creative ways to overcome barriers to entering the workforce and starting their own business.

Key to these efforts has been their ability to leverage the internet and engage through online platforms to reach new markets. They are able to work from home if they wish.

As Saadia Zahidi argues in her book Fifty Million Rising, these digital platforms allow women to be unimpeded by cultural constraints or safety issues, and they lower the implicit and explicit transaction costs of transport, childcare, discrimination and social censure.

Finding how to tap into this valuable resource of highly educated women could be a game changer for the region. Given the market power of women’s increasing participation in the workforce, which by 2025 could add an estimated $2.7 trillion to the region’s economy, the growing trend of women in start-ups could be transformative for the Middle East.

Unlocking the potential of female start-ups

The rise of women in the Arab world starts early, with girls outperforming their male peers in school. In Jordan, girls do better than boys in school in nearly all subjects and at every age level, from grade school to university.

When it comes to STEM subjects (which include skills critical to launching and running a start-up in the Fourth Industrial Revolution) several Arab countries are among the global leaders in terms of the proportion of female STEM graduates. According to UNESCO, 34-57% of STEM grads in Arab countries are women, which is much higher than in universities in the US or Europe.

Despite the fact that many Arab women are thriving in school and graduating with advanced degrees, this success has not necessarily translated to the job market or the start-up world. Many women are instead staying at home, whether from choice or because of cultural, social or familial pressures. In fact, 13 of the 15 countries with the lowest rate of female participation in the workforce are in the Arab world, according to the World Bank.

RELATED: How one woman went from selling tortillas to front-end engineering

Restrictive laws in many countries across the region put women who wish to join or start their own businesses at a disadvantage. These include prohibitions against women opening up a bank account or owning property, limited freedom of movement without a male guardian and constraints on interactions with men who are not in their family, as well as further cultural and attitudinal stigmas.

In fact, even women who do start a company face structural disadvantages. On average, female-led start-ups receive 23% less money than male-run firms, and are 30% less likely to have a positive exit, according to the OECD.

Changing the ecosystem, one woman at a time

To close this gap, the entrepreneurship ecosystem needs more women. One data point makes this clear: venture firms with one or more female partners are twice as likely to invest in a start-up which has women in the management team, and three times more likely to invest in a company with a female CEO.

This is also true for female founders. Female-owned businesses hire more women (25%) than their male counterparts do (22%), according to the World Bank. Female-owned firms also employ a higher percentage of women in managerial roles, helping women to climb up the ladder, compared to those who are only hired for lower, unskilled positions.

And women-led businesses are hiring more workers in general. In Jordan, Palestine, Saudi Arabia and Egypt, firms run by women are growing their workforces at higher rates than those run by men.

RELATED: The power of giving girls the tools to realize their dreams

Womena is an investing platform based in Dubai, dedicated to encouraging gender diversity and inclusion in tech. It believes that in order to increase the number of female tech entrepreneurs, you need to build networks of women that can help support one another to grow and thrive.

Role models are also important, such as HE Sheikha Lubna Al Qasimi, who studied computer science before opening one of the region’s first B2B marketplaces. She is best known for being the first woman to hold ministerial posts in the UAE, as Minister of Economy and Planning, Minister of State for International Cooperation, and then Minister of State for Tolerance.

Women from the Arab World need to fight. The struggles they face in society, in their communities and sometimes even in their families create an amazing resilience that makes these women incredible entrepreneurs. If given the right platform, these women can become the business owners and leaders for the future of the region.”

Digital represents a key opportunity for women in the region to solve technical and societal challenges. For example, Egypt-born Rana El Kaliouby is the co-founder of Affectiva, which has developed cutting-edge AI technology to help computers recognize human emotions based on physiological responses and facial cues.

Meanwhile, Loulou Khazen Baz founded the Middle East’s first freelance marketplace, Nabbesh, as a way to help tackle the region’s youth unemployment. She has been recognized as one of the World Economic Forum’s 100 Arab Start-Ups Shaping the Fourth Industrial Revolution.

As Zahidi writes in Fifty Million Rising “If the narrative of American expansion was ‘Go West, young man’, the new narrative for up-and-coming women in the Arab World may well be ‘Go digital, young woman’.”

Evidence points to this being the case. Nearly 60% of women who are not currently employed believe that flexible hours and working from home, full- or part-time – which going digital can enable – would help them find work, showed a study by Accenture.

The digital economy is also opening up opportunities for women looking to get back into the job market. The same study points out that more than 60% of women who have left and want to rejoin the workforce have entrepreneurial aspirations to start their own business.

RELATED: How men can help bring gender equality to the tech sector

Crucially, studies from the US demonstrate that gender pay gaps are lower in industries where there are more flexible work arrangements. Moreover, women who gain ICT skills increase their wages by 12%, which is higher than equivalent gains in men’s salaries.

With a large market potential, a low amount of resources needed to get started, and productivity efficiencies enabled by technology, digital opens up a whole new world of opportunities and possibilities.

Many incredible women across the region are paving the way forward, such as Joy Ajlouny, who recently helped close a $41 million Series B funding round for UAE-based Fetchr, or Gaza Sky Geeks, the first tech hub in Gaza providing mentorship to start-ups with a focus on women.

But there is still a long way to go. The digital gender gap in Arab states remains at 17.3%, down from 19.2% in the last four years, according to the ITU. Women are still a minority across the entire start-up ecosystem.

But as more women throughout the Arab World start their own businesses, break down gender barriers and push through the glass ceiling, these pioneers become an example for other women. They inspire them to imagine what’s possible for an Arab woman in the Fourth Industrial Revolution.

Kelly Ommundsen is Community Lead of Digital Economy and Society System Initiative at the World Economic Forum. Khaled Kteily is Founder and CEO of Legacy.

X
5 ways to fight gender bias in the tech industryICT4SDGBy Masha Zvereva Gender diversity in tech has proven benefits; however, it’s still the case that women are hugely underrepresented in this industry. A…

How women entrepreneurs are advancing the Arab World's startup scene

Share via
How women entrepreneurs are advancing the Arab World\'s startup scene
https://news.itu.int/female-entrepreneurs-arab-world/
X
The future of the Internet of Things will be ‘EPIC’…Emerging TrendsBy ITU News Georgia Institute of Technology’s Center for the Development and Application of Internet of Things Technologies (CDAIT) recently released …
Send this to a friend