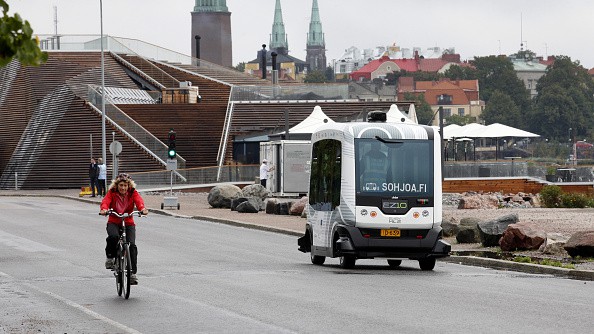 A new three-year European project, AUTOPILOT, has been launched to enable safer highly automated driving using smart and connected objects and the Internet of Things (IoT).

Financed by the European Union’s Horizon 2020 research and innovation programme, the IoT enabled automated vehicles will be deployed at six pilot tests sites in France, Finland, Korea, Spain, Italy and the Netherlands. The pilot sites will generate data to evaluate the technical performance of the Internet of Things to allow safer highly automated driving as well as assess the socio–economic impacts.

“Connectivity and the ability to collect data from thousands of objects, surrounding the vehicles, are seen as a key enabler for highly automated driving. The Internet of Things provides the mechanisms and tools to create virtual objects in the Clouds, from real connected objects.”

The launch of the initiative took place at the French Pilot Site in Versailles, allowing the project’s partners and attendees explore this site in depth as well as give the possibility for local stakeholders to learn about the AUTOPILOT project’s objectives.
“Autonomous vehicles could solve a number of challenges faced by cities, due to urbanisation, by providing and developing alternative mobility from the ground up,” added Fischer. “Automated vehicles, like robot-taxi could operate 24/7 compared to private vehicle use which averages only 5 percent use. Therefore manually driven vehicles are mainly parked rather than being driven, thus occupying a significant space in the city. Fully automated vehicles would not only increase road safety but also reduce congestion and the need for parking space.”
The 43 partners of the AUTOPILOT project’s consortium represent information and communication technology stakeholders as well as automobile industry and research. In the regions selected, they will test automated vehicles using smart objects under real-life conditions in order to evaluate the benefit on technology, the economy and people.

X
Time to Advance Digital Health: A Call for Government Leadership…ICT4SDGBy Ann Aerts and Rajeev Suri We have all experienced the reality of poor health, through personal experiences with our families, our friends or collea…

Share via
EU’s new ‘Autopilot’ project aims to use automated vehicles for smarter cities
https://news.itu.int/eus-new-autopilot-project-aims-to-use-automated-vehicles-for-smarter-cities/
X
New study reveals costly impact of counterfeit smartphones…Cybersecurity/TrustBy ITU News The effect of counterfeiting on smartphone sales worldwide is estimated at 184 million units, valued at 45.3 billion EUR or 12.9% of total…
Send this to a friend