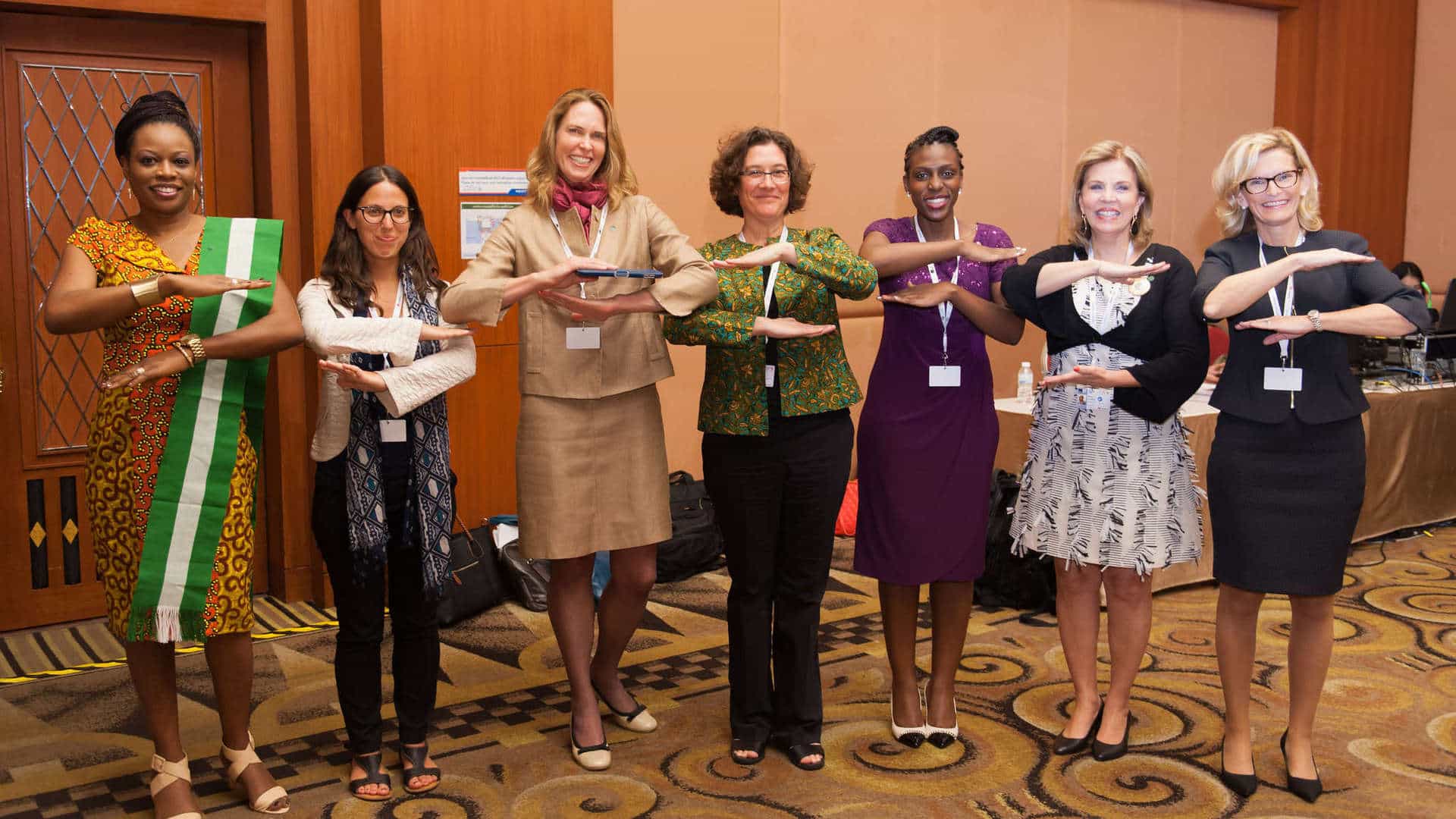 With the 2017 edition of the annual gender equality and mainstreaming in tech awards, ITU and UN Women are renaming the GEM-TECH Awards to the EQUALS in Tech Awards and are working with the community of past winners to help support the award process. This esteemed Advisory Group will work together to ensure that women benefit from the potential of Internet and digital technologies and to share their best practices and lessons learned.

We sat down with Web Foundation to talk about what has happened since winning the award in 2016, how they have been scaling-up their award-winning projects and why they support the EQUALS in Tech Awards.

At the annual award ceremony in Bangkok, Thailand at ITU Telecom World last year, the Web Foundation won international recognition for its efforts to promote gender-equitable access to Internet and technology, particularly through their Women’s Rights Online network and the Alliance for Affordable Internet (A4AI). Since then, they continued to advance women’s access through research, programmes and innovative partnerships.

In 2016, the Web Foundation developed a set of 10 scorecards— launched at the Africa Summit on Women & Girls in Technology— that examine the policy efforts and progress made around challenges to women’s access and rights online. This year, the Web Foundation is rolling out scorecards for at least 5 additional countries.

“As our Women’s Rights Online research has shown, affordability is a major obstacle to access for women, but it is far from the only one. In addition to driving down Internet prices so that more women can afford access, it is critical that we work to tackle two of the other major roadblocks that stand between women and Internet access: a lack of know-how or digital skills, and perceived limited value in coming online,” said Ingrid Brudvig, Digital Inclusion Research and Advocacy Coordinator. “Governments, private sector companies and civil society would all do well to invest more resources in providing digital skills training for women, and to encourage the creation of local content that is relevant for and useful to women,” she stated.

In addition, A4AI (an initiative of the Web Foundation) earlier this year launched the 2017 edition of their annual Affordability Report, which assesses the policy and regulatory frameworks in place to drive down broadband costs across 58 low- and middle-income countries. The report found that just 19 of the 58 countries surveyed could claim to have “affordable” Internet, which A4AI measures according to a “1 for 2” threshold (i.e., where 1GB of mobile prepaid data is available for 2% or less of GNI per capita). In order to enable increased access among women, prices must drop down at least to this level.

“Half the world is still offline, and the majority of these nearly 4 billion people are women, and most are in developing countries. Affordability is a barrier to access for billions across the globe, but women, who on average earn less than men, are among those hardest hit by the high cost to connect,” — Sonia Jorge.

The Web Foundation believes that women can also benefit from public access programmes that provide shared, free or subsidized Internet access in community spaces or public WiFi programmes to enable access for those who remain unable to afford a basic connection.

It is also important to increase digital skills training for women (cited in a 2015 report by the Web Foundation’s Women’s Rights Online network) as the primary barrier to women coming online, followed by affordability) and to increase the availability of local content that is relevant to women.

Next Steps: Working together to ensure women have access

After winning the award last year, Web Foundation launched a research project with UN Women to learn how Universal Service Access Funds (USAF) are being used to empower women and girls to connect to the Internet and use it meaningfully.

Web Foundation is continuing to work with ITU and UN Women along with EQUALS Partnership to support the EQUALS in Tech Awards this year.

“Awards like the EQUALS in Tech Awards help bring attention to the many great initiatives out there that are working to increase women’s access to and empowerment through the internet. Giving these programmes a platform for recognition helps to increase their visibility and potential for greater effectiveness,” stated Nanjira Sambuli, Digital Equality Advocacy Manager.

We encourage all people, projects and programmes to nominate for the EQUALS in Tech Awards. Nominations are open from June 16 – Sept 15, 2017 here.