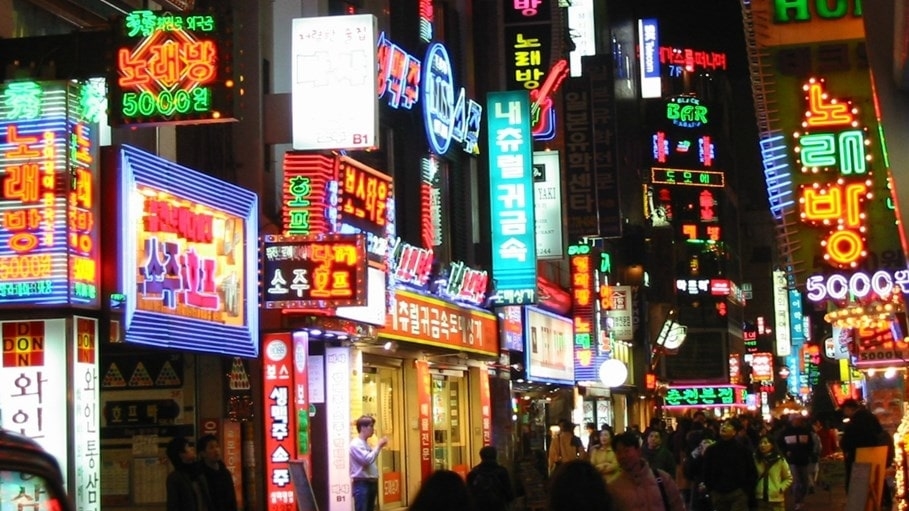 A new paper just published by Juniper Research shows that the South Korean capital of Seoul tops the list of the world’s smartest cities. San Francisco and New York are second and third respectively. Portland (Oregon) and Barcelona round out the Top Five.

Juniper’s new research, “Smart Cities: Strategies & Forecasts in Energy, Transport & Lighting 2017-2022, analyses the commitment to and strategies adopted by global conurbations as they strive to transform themselves against a background of economic, social and technological changes caused by the globalisation and the integration. Unsurprisingly, that process is further advanced in some cities that in others.

It is generally agreed that key smart sectors include transport, energy, health care, water and waste but the ‘smart’ concept goes well beyond the use of ICT for better use of resources and reduced emissions and also includes more open, responsive and more interactive city administrations and safer and more secure public spaces.

According to “The Rise and Growth of Smart Cities in Europe”, a research report from the Consumer Technology Association (CTA), there are more than 200 smart city projects of varying degrees of complexity underway across Europe alone. Some 83 percent of them are focused on environment and energy conservation efforts while 52 percent are working on smart mobility solutions.

Meanwhile, the Juniper research shows that, over the next four year, those living in cities could benefit from reductions in energy bills to the tune of US$14 billion if programmes for the development of smart grids are prioritised and run to timetable. Figures show that, last year, the accelerated roll-out of smart meters combined with an increasing emphasis on IoT in energy-saving policies did result in a total saving of $3.4 billion. Many cities around the world have announced either their ambition or intent to become ‘smart’, and are either discussing or implementing policies – and now setting budgets – to achieve that ambition.

The Juniper report says that the deployment of smart grids is certain to quicken, not least because of the increasing cost of carbon capture methodologies and technologies. As these rise, the costs of renewable energy (such as solar and wind) are falling and are projected to reach the carbon crossover point of $60 per Megawatt hour (MWh) by 2022 at the latest.

That’s the upside, and a very exciting one it is too, however there is a downside, but it is one that can be obviated by planning now for pressures later. As the IoT becomes more widespread capacity demand on national electricity will grow and could cause problems. However, that would pale into insignificance in comparison to the increasing popularity of electric vehicles.

Let us not forget that Volvo has announced that it will cease production of cars with internal combustion engines next year and other vehicle manufacturers are bound to follow suit in due course. The Juniper paper points out that as the number of either hybrid or all-electric vehicles on the streets of the world’s big cities increases, national electricity grid systems will simply collapse into major and long-lasting power outages under the demand for power to recharge them unless action is taken now.

Also important is the concept of Mobility as a Service (MaaS) whereby traffic congestion, and pollution, could be reduced by greatly reducing the amount of private transport on city streets. To bring about such a desirable state of affairs, smart traffic systems will need to be put in place and strictly enforced. That could cause trouble with individuals whom are wedded to their cars but so bad is the problem in places such as Bangkok, Beijing, Jakarta, Sao Paulo and many other cities right now that action must be taken immediately. For this reason the Juniper research predicts that cities in regions such as east Asia may well evolve into smart cities before their Western counterparts do.

Little by little, bit by bit

As they transmute to become smart cities, global conurbations will reap many benefits including much greater efficiencies in public resources, cheaper and more affordable public services such as health care and transportation. What’s more, increased inward investment which will result in increased demand for knowledge-based jobs in sectors such as programming and data mining. That will bring higher wages and increased economic prosperity will give another upward twist to the fortunes of smart cities and so the ascending spiral will continue.

One of the big companies with big ambitions in the smart city arena is AT&T of the US. Only this week the telco demonstrated a new structure-monitoring programme (and much needed it is) for US railways and roadways. It also updated its vision for IoT and its complementarity to the”FirstNet” comms network AT&T is constructing and deploying for “first responder” services such as the police, ambulances  and firefighters. … AT&T has plans to link emergency vehicles, drones, body cameras and devices to FirstNet and is pushing for cities to connect municipal infrastructure to FirstNet to help improve public safety.

RELATED: Education for the 4th Industrial Revolution? Look inside the Republic of Korea’s classrooms of the future.

Meanwhile, San Francisco, which come second in the global league of smart cities after Seoul, was one of the first cities in North America to adopt smart city technology. One of the municipal goals there no there to achieve zero waste by 2020. The city’s current waste diversion rate is 80 percent and the city government offers online tools to complement the policies that reduce waste and increase access to recycling.

San Francisco is also addressing it energy management. Today the city is 41 per cent powered by renewable energy and aims to be completely carbon-free by 2030. … So, as part of the overall plan the SF Energy Map has been created. It is tool that tracks the solar and wind installations across the city and any resident or business visit the website to to obtain details of the  solar potential for their own roof.

Vehicles in San Francisco account for about 40 per cent of all carbon emissions and the city authorities are strongly promoting smart commuting, electric transportation, and biofuels to help meet greenhouse gas reduction goals. There is also much emphasis on the usage and status of electric vehicle charging points with apps and web sites providing citizens and enterprises with the real-time status of the chargers. They also generate long-term reports on their usage. San Francisco also has the popular ‘ChargePoint’ network help the city to establish the for charger demand for electric vehicles and determine where chargers should be placed in the future.

X
How can telcos transform themselves in 2018?Big DataBy ITU News Telecommunications companies (telcos) face enormous opportunities and challenges in a greatly disrupted industry. In order to seize the op…

Share via
Why Seoul is one of the world\'s \'smartest\' cities when it comes to energy
https://news.itu.int/energywise-seoul-worlds-smartest-city/
X
Meet the EQUALS in Tech Awards winners: Tabshoura in a Box…ICT4SDGBy ITU News Lebanese Alternative Learning recently won an Equals in Tech Award for its Tabshoura in a Box platform , which works independently of the …
Send this to a friend