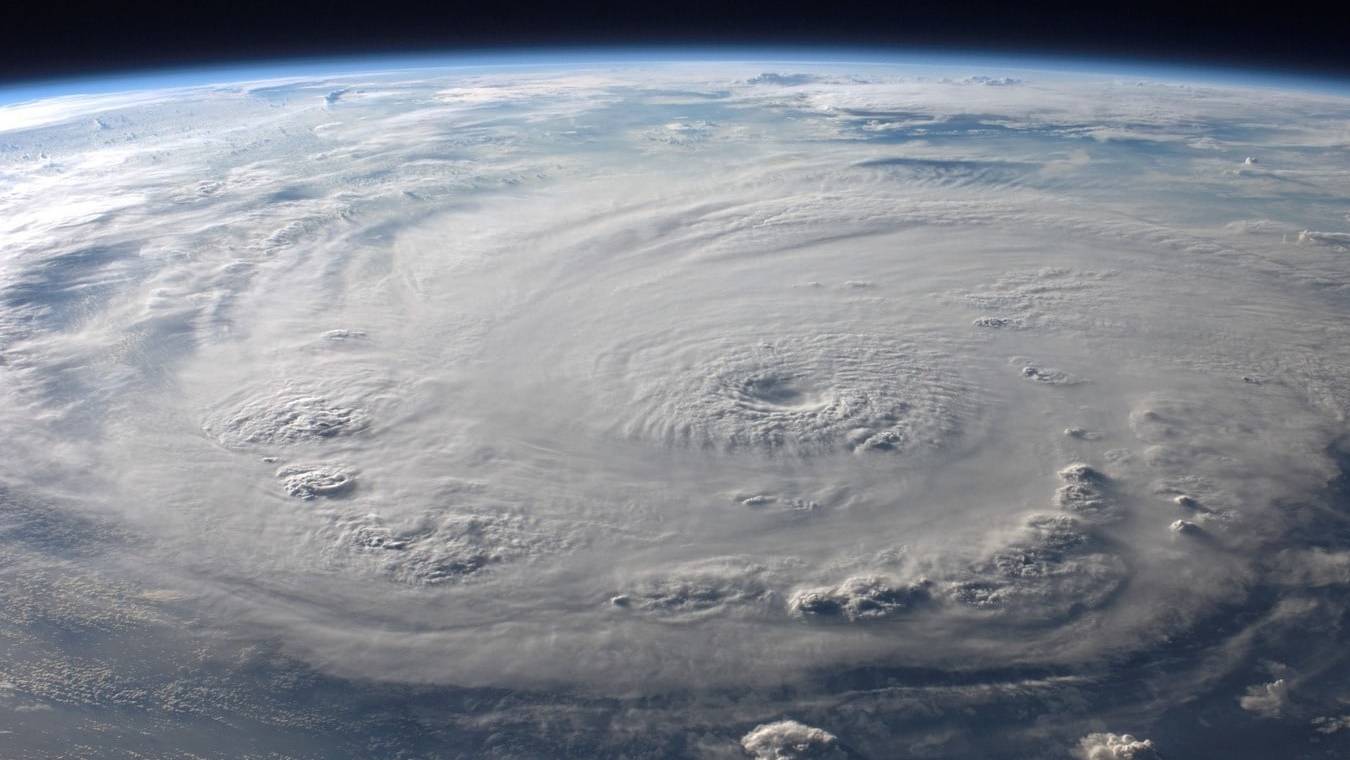 How ITU is boosting Dominica relief efforts after Hurricane Maria

On International Day for Disaster Reduction today, we are showcasing how information and communication technologies (ICTs) play an important role in response to disasters . The article below is one example of the emergency telecommunications work ITU does to help in disaster zones worldwide.

Hurricane Maria is one of the worst natural disasters to have hit the small Caribbean island nation of Dominica. The recent Category 5 storm ravaged housing and roads and damaged an estimated 90% of the structures on the island.

The once-majestic rainforest that characterizes Dominica has mostly been stripped to splinters and sticks. Severe flooding and winds ripped homes to pieces, and left the debris strewn across roads, making modes of access near impossible. The United Nations has estimated direct damage to have affected up to 65,000 people.

ITU Emergency Telecommunications assistance in the form of the 16 Iridium satellite phones and accessories and 5 Broadband Global Area Networks (BGANs) and accessories played a key role in the recovery and reconstruction activities in the face of damaged cell towers and for coordinating relief in different locations on the island.

ITU News talked with Programme Officer Sylvester Cadette at the ITU Caribbean Area Office, about the role of emergency telecommunications during and after the storm and the current situation facing Dominica.

“One of the common refrains from all the situation reports is that there is a lack of communications especially between humanitarian responders and devastated communities,” — Sylvester Cadette.

In the initial hours after the storm, amateur radio operators using ham-radios relying on a mid-island broadcast repeater provided the only window for responders to get a sense of the impact on the ground. They broadcasted short reports before other telecommunications were restored.

Existing and newly delivered satellite equipment from ITU and other agencies helped boost the exchange of information between the cut-off communities and the Caribbean Disaster Emergency Management Agency (CDEMA).

“So, it was clearly the opportunity of having some of the satellite equipment inside of Dominica prior to the storm but also those that was brought in by a number of actors including the ITU, or the other partners that brought in satellite equipment that helped to boost the exchange of information between some of the cutoff communities with key people who we needed to speak to, to be able to help, to ensure that we could speed up our response in some of the areas that were affected,” said Ronald Jackson, Executive Director of CDEMA, speaking to ITU News.

Satellite phones, especially in the early phases, provided responders with access to individuals in the remote areas in the valleys and between mountains who were otherwise unreachable with the exception of air access. Satellite phones also allowed those on the ground to send messages to family members in other countries, providing those outside—family as well as responding organizations like CDEMA—a sense of the situation on the ground.

“Deployment involved bringing in different pieces of equipment for search and rescue but also more importantly, for communication—which was a major issue in the immediate aftermath of the event, where we were unable to speak to the government or anyone on the ground for that matter, and recognizing that communications was going to be very important to drive the response and early activities,” said Jackson. 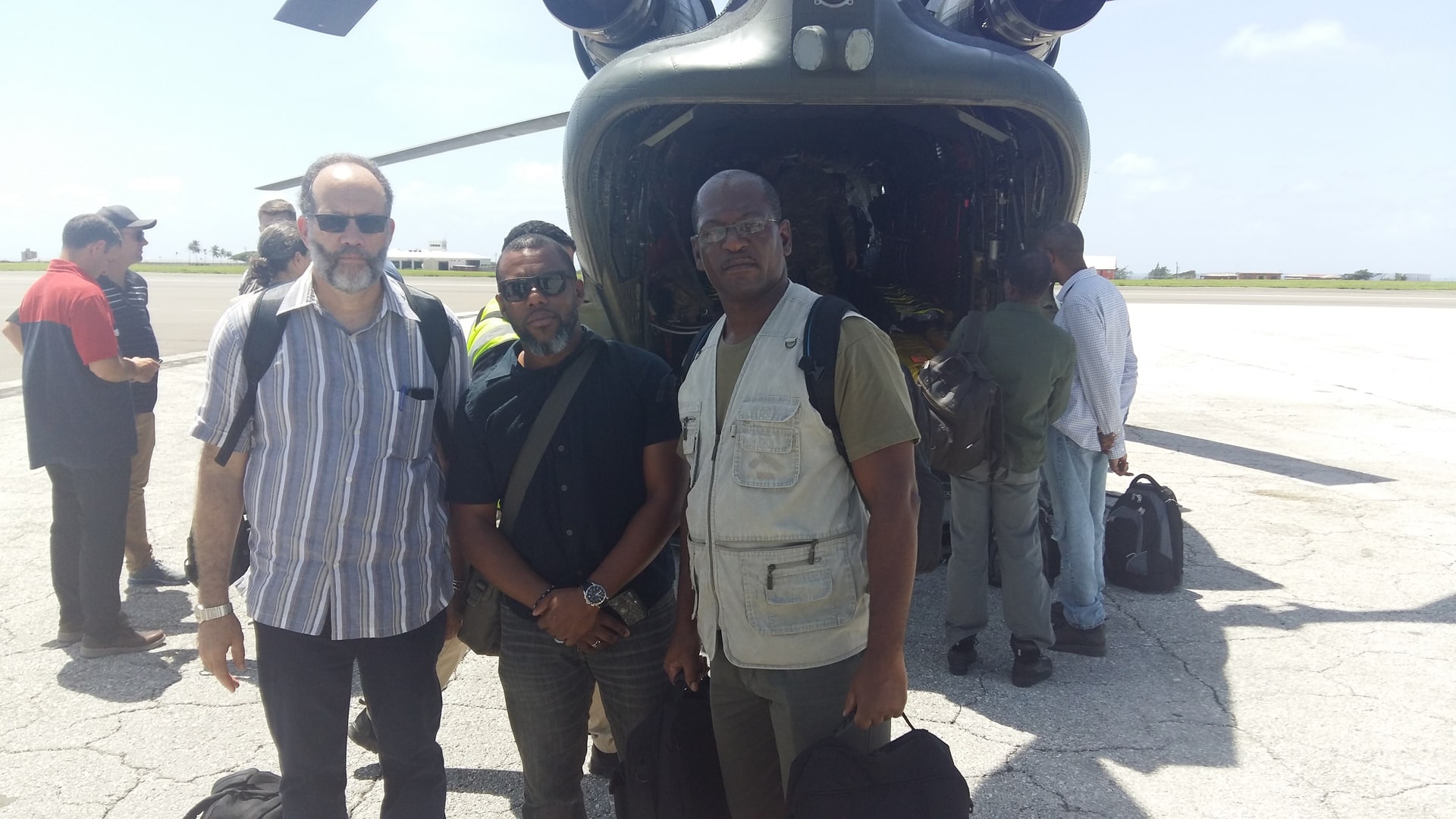 Existing equipment brought over from nearby Antigua allowed for quick deployment into Dominica and was used by CDEMA during the immediate aftermath to conduct reconnaissance flights and call-back information to key responders in different parts of the Caribbean.

The 8 satellite phones and 3 BGANs that were deployed by ITU specifically for the purpose of giving information on the aerial shots allowed for photographic and audio feedback to news agencies, as well as to assist in the coordination among CDEMA and other responding units.

As all airport equipment was either destroyed or heavily damaged, the brought-in equipment was also essential for directing air traffic and coordinating inter-governmental and incoming military aircraft and equipment from other countries in the region and beyond. Some of the equipment was also given directly to the government of Dominica for deployment to key responders in various sectors, in particular the health services sector and the air and sea ports. Additional equipment was issued for security coordination or emergency operations centers for call management, logistics and the coordination of food and shelter.

The current situation in Dominica

Less than one month after the storm, housing and infrastructure needs are critical and roads are still being cleared. Food and potable water distributions and emergency shelter assistance are still needed. 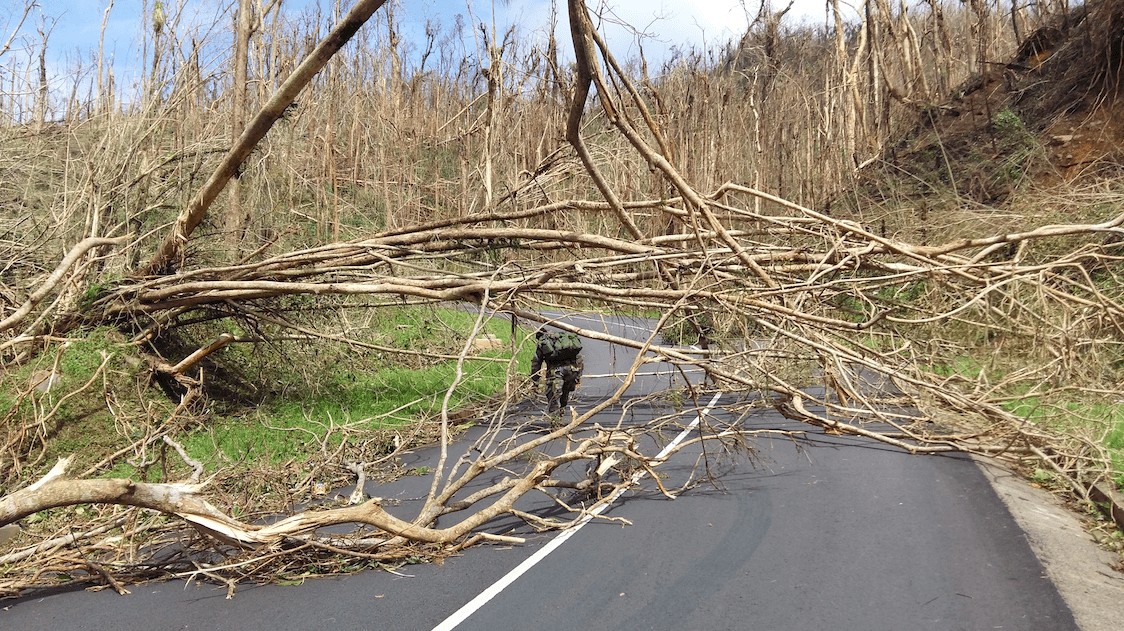 In terms of island-wide communications capacity, the situation is now improving slowly as partial communications have been restored. However, continued assistance is still required as access remains frayed.

UltiSat has rerouted delivery of two VSAT (Very Small Aperture Terminal) from its initial destination to ITU’s Caribbean office for rapid deployment in Dominica, which is critical for speedy recovery of data, voice and video signals.

“One of the things though is that there are still major gaps in the telecoms in Dominica and therefore, the ITU is [at present] deploying a further 10 satellite phones, 3 BGANs, and quite soon there will be 2 VSATs which will be deployed, one in the North and one in the South,” said Cadette, adding that “an additional 9 SAT Phones are used to assist in information gathering and coordination in affected zones among UNDP, UNICEF & and government.” The additional equipment will assist in recovery and facilitate the coordination of food distribution, rebuilding and aid logistics.

X
How organizations can use social media to better serve crisis affected people…Emergency CommsBy Tina Bouffet A new guide by the ICRC, IFRC and OCHA offers practical tips and advice on how to make the best of Facebook and Twitter to talk to – a…

How ITU is boosting Dominica relief efforts after Hurricane Maria

Share via
How ITU is boosting Dominica relief efforts after Hurricane Maria
https://news.itu.int/emergency-telecommunications-in-dominica-during-the-disaster-response/
X
Emergency telecoms: Key lessons from the Caribbean…Emergency CommsBy ITU News When disasters strike, information and communication technologies (ICTs) play a critical role in relief efforts. They facilitate the flow …
Send this to a friend