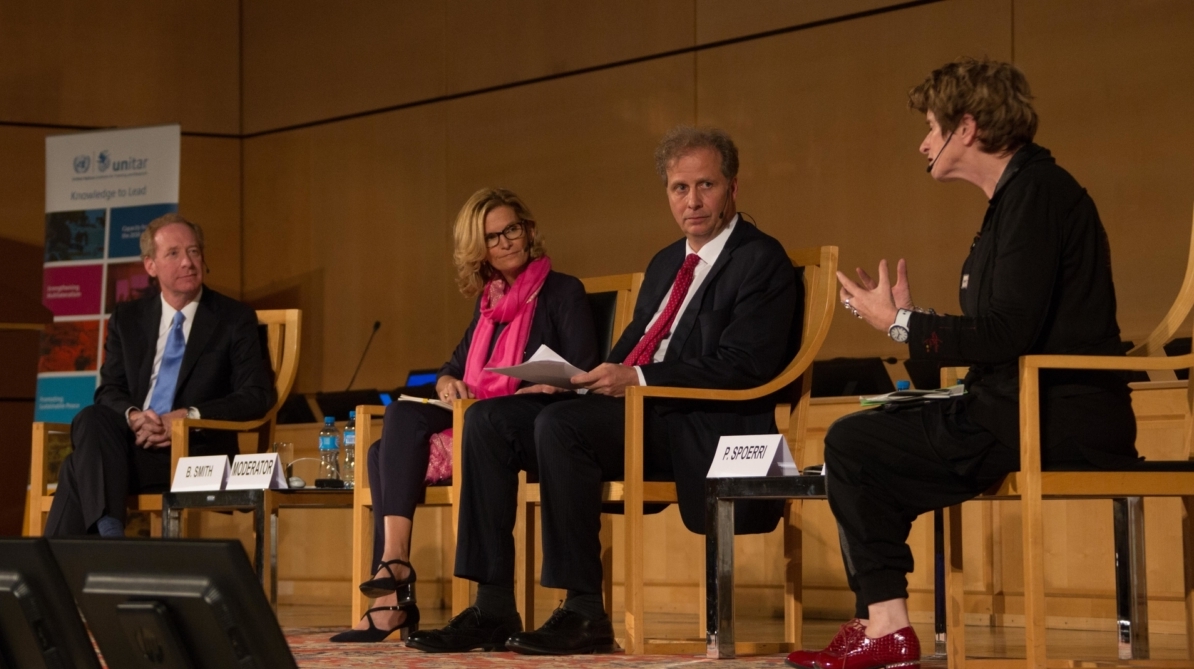 Distinguished representatives from the technology sector and civil society gathered last week for the 10th edition of the Geneva Lecture Series on the topic of “Internet Governance Challenges: What’s next?”

The discussion, moderated by Doreen Bogdan-Martin, Chief of ITU’s Strategic Planning and Membership Department, focused on what’s next for the Internet. The panel featured President and Chief Legal Officer of Microsoft Brad Smith together with Philip Spoerri, Head of the Delegation of the International Committee of the Red Cross to the United Nations in New York (ICRC) and Kate Gilmore, Deputy High Commissioner for Human Rights (OHCHR) for a discussion on new forms of collaboration and partnership between private and public stakeholders in our online worlds.

“Neither national governments, nor the technology sector, nor civil society, nor anyone else can alone solve the challenges of technological progress.” – Michael Møller, Director-General of the UN Geneva

Bogdan-Martin set the tone for the discussion and asked which actions are “vital to cope with the growing challenges in cyberspace, and, in particular, what is the role that governments, civil society and international organizations can and will play in ensuring that information and communication technologies accelerate and enable the implementation of the 2030 agenda for sustainable development?” 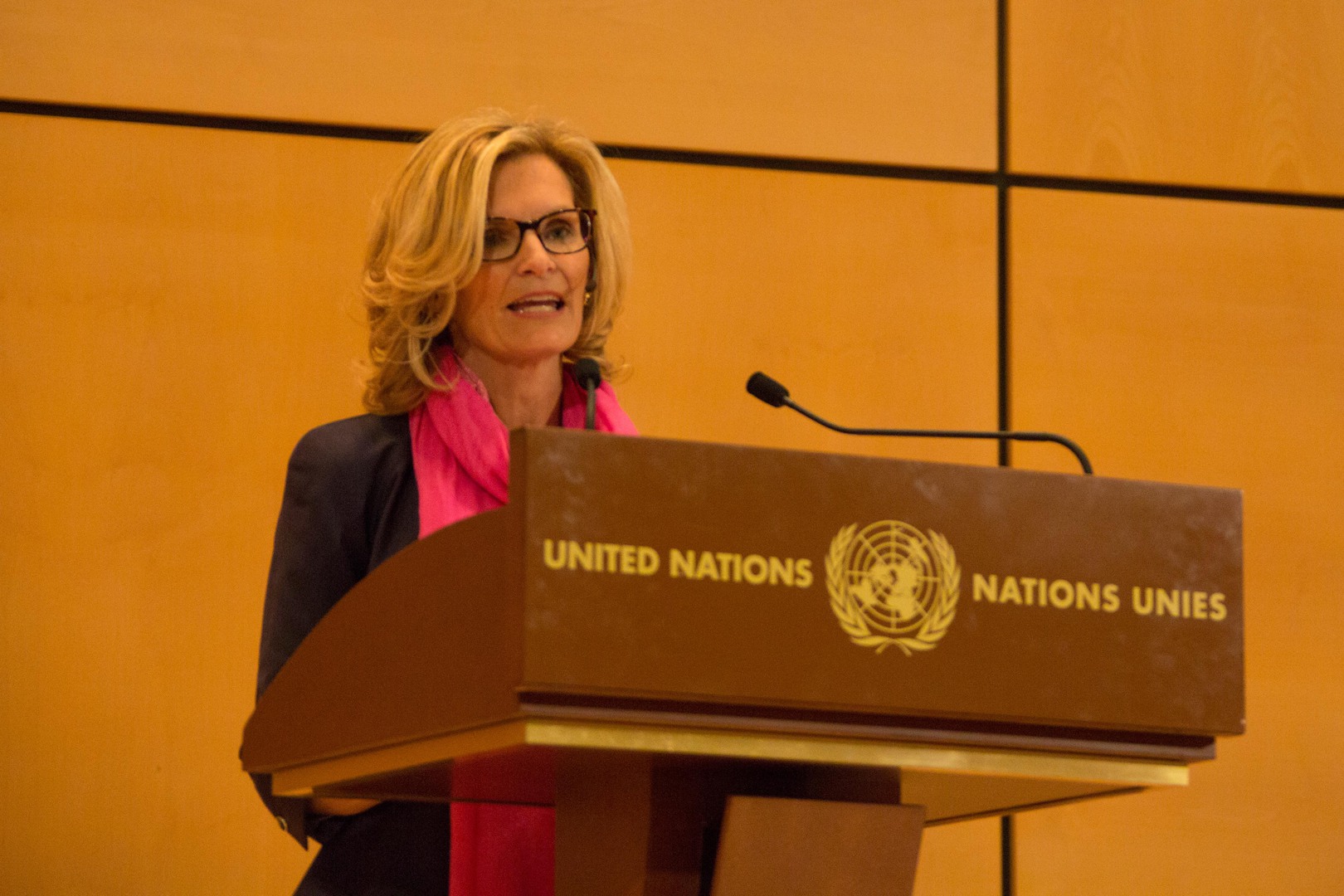 Technology as an amplifier

Director-General of the United Nations Geneva Michael Møller and Executive Director of United Nations Institute for Training and Research (UNITAR) Nikhil Seth opened the discussion and touched on the power of technology to transform lives and produce previously unthinkable benefits, while noting that we must tackle the potential for misuse.

“The wonder of the Internet is not an abstraction. It can deliver the entirety of human knowledge to a child in a remote village on a single handheld device,” said Møller. “If the Internet has produced benefits completely unthinkable only a few years ago, technological progress has also produced challenges we have only just begun to fathom.”

Seth built on that issue, stating that “technology is never impact-neutral, and rapid advances and unequal access widens income and other inequalities within and among countries. As we progress towards a hyper-connected world, we should not forget those who have nothing.”

Smith introduced his vision to create a Digital Geneva Convention, pointing out that the infrastructure of our lives is the weakest link, especially as it is increasingly clear that everything in our lives will be connected to the Internet – medical devices, automobiles, and nuclear plants – and asked us to think of the consequences of an attack.

“When we look at where technology is going, we believe that cybersecurity needs to be a cause for our time.” – Brad Smith, President and Chief Legal Officer of Microsoft

Drawing a parallel between the impact of technology during the battle of Solferino in Italy in 1859 and today, Smith highlighted the power of changing technologies to harm humanity, as did the rifles, muskets and cannons of Solferino that “mow[ed] soldiers down as they had never suffered before.” Smith emphasized that the 1863 Resolutions of the Geneva conference created then was more than just a blueprint for the ICRC – but a blueprint for the protection of people who were being maimed and killed by changing technologies. 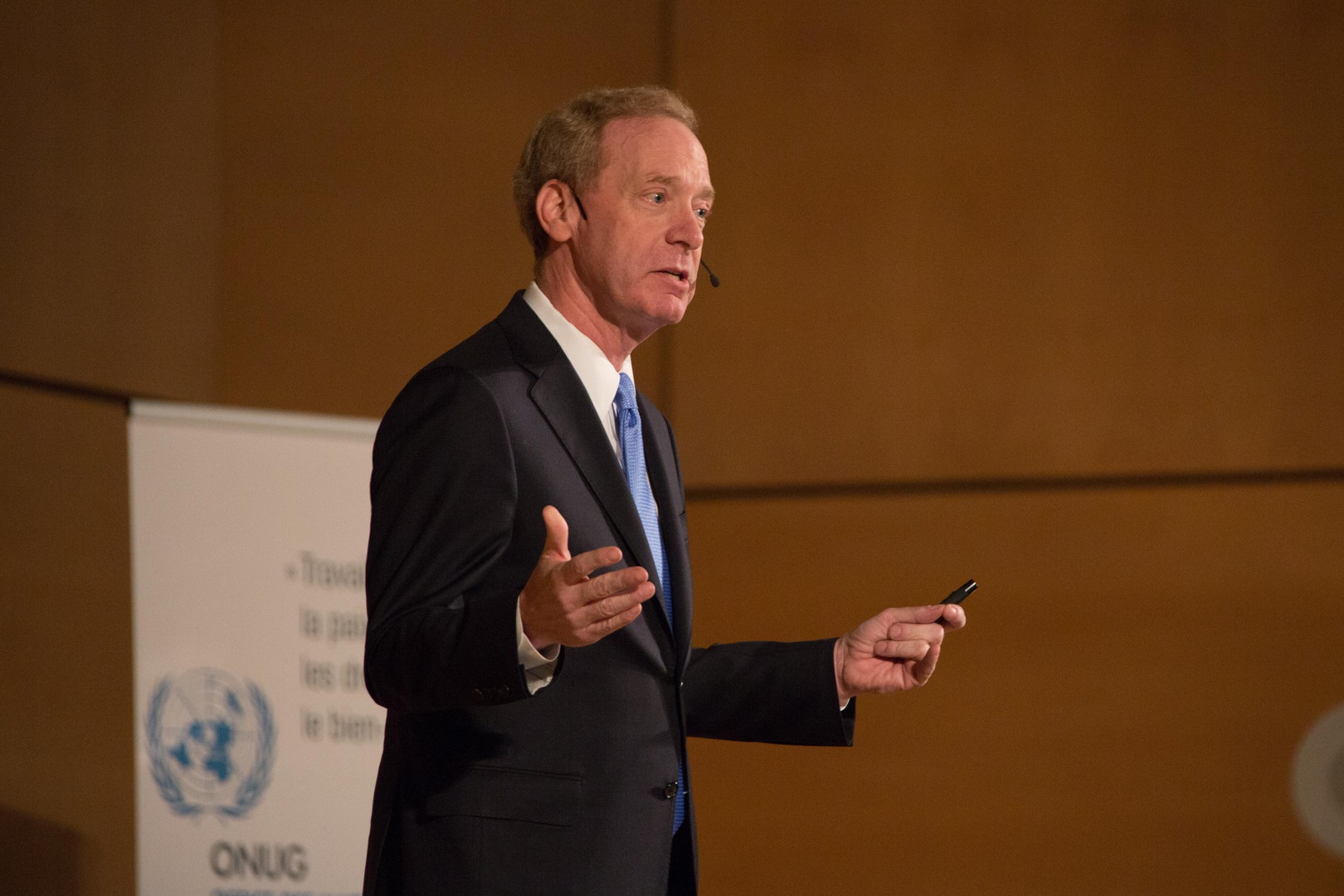 Smith called on governments to step up, noting that technology companies cannot independently solve these issues – and that the world cannot be safe and secure without new rules for cyberspace to address these advancements. As the Fourth Geneva Convention set out to protect civilians in times of peace, Smith posited that the world needs a new version addressing the changing landscape of cyber warfare – a Geneva Digital Convention for governments to address the new technological challenges of our time.

“Why are rights essential to this proposition, is in the end, because it’s about people.” – Kate Gilmore, United Nations Deputy High Commissioner for Human Rights

Injecting a human rights angle into the discussion, Gilmore highlighted that legal frameworks exist, and that “we do not need more law, […] we need to use the law we have and apply it to this new medium.” Spoerri cautioned against the notion that cyber operations are not already regulated by international law – and reminded us that cyber operations in armed conflict must comply with existing international humanitarian law. Spoerri noted that the “technical expertise of companies like Microsoft is important to inform assessments of the potential return cost of cyber operations and the need for new rules,” and that these discussions are critical to answering the question of whether there are open areas in law or simply areas that need interpretation, and emphasized the need to bring together the main stakeholders should there be gaps.

Moderator Bogdan-Martin gave thanks to Jovan Kurbalija from the Geneva Internet Platform, Seth, and Møller – and further thanked the panelists, Smith for enunciating his vision for a Digital Geneva Convention, Gilmore for cautioning that any discussion on cyberspace must be firmly centered in people and on human rights, and Spoerri for bringing in the rich experience and perspective of the ICRC as the custodian of the Geneva conventions.

Winding down the discussion, Bogdan-Martin acknowledged the diverse range of views from the speakers and the audience – with some expressing support for a Digital Geneva Convention while others caution about the feasibility of this endeavor – and noted that developing a common global understanding of the complex issues involved will be a long and challenging undertaking, and emphasized the importance of a multi-stakeholder approach.

Bogdan-Martin closed the panel, reiterating that we owe it to the world’s people – not just the people online but also the remaining 3.9 billion who have yet to be connected – to ensure that they have access to a fair, equitable and trustworthy cyberspace everyday.