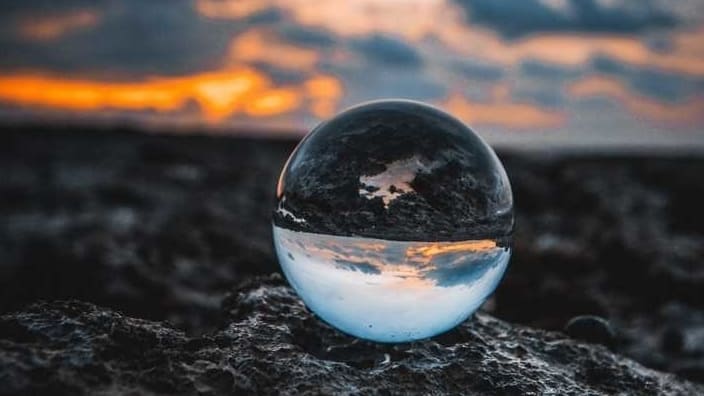 Leveraging the opportunities of the digital economy

The following was adapted from a speech delivered by Malcolm Johnson, ITU Deputy Secretary-General, at the 26th Organization for Security and Co-operation in Europe (OSCE) Economic and Environmental Forum, “Leveraging the opportunities of the digital economy,” in Prague, 6 September 2018.

The digital economy is a driver for innovation and competitiveness. To leverage the opportunities of today’s digital economy, international cooperation is needed to foster inclusive economic growth.

The International Telecommunication Union (ITU), as the UN lead agency for Information and Communication Technologies, spearheads consensus-building initiatives that are helping to extend the benefits and opportunities of the digital economy to all.

‘Emerging technologies such as Artificial Intelligence (AI), cloud computing, the Internet of Things (IoT) and 5G are changing our economies at warp speed and scale.’ – Malcolm Johnson, Deputy Secretary-General, ITU

Consider first the power of the mobile phone.

Mobile is one of the most far-reaching technologies, and it has developed more rapidly than any other technology in history. The world has seen the total number of active mobile-broadband subscriptions grow from 268 million in 2007 to over 4.2 billion last year.

It is having a significant impact on the economy. According to data from GSMA, mobile technologies and services generated 4.5% of GDP globally in 2017 – a contribution that amounted to $3.6 trillion of economic value added. By 2022, this contribution should reach $4.6 trillion.

RELATED: Technology can improve the state of the world: Kofi Annan

And this is only the beginning. New research from Huawei and Oxford Economics shows that AI alone could almost double the value of the global digital economy to $23 trillion by 2025 from $12.9 trillion in 2017.

The question then becomes, who will benefit from this digital transformation?

At the current moment, over half of the world’s population is still not using the Internet, let alone new technologies. The risk is that if not managed properly, the wave of technological change might in fact deepen the inequalities between the digital “haves” and the “have-nots.”

As Ambassador Vuk Žugić noted in Venice last May, “The ‘digital gap’ is, today, one of the many faces of inequality.”

The digital divide itself has many faces. There are gaps in coverage, speed and affordability – gaps between developing and developed nations, between cities and villages, and even between men and women online.

RELATED: How the world’s most vulnerable countries can increase and leverage connectivity

Note the strides that have been achieved in developing and least-developed countries (LDCs). There is a big caveat, however: at current growth, less than a quarter of the population of the LDCs will be online by 2020.

ITU is working hard on all these fronts, seeking to promote investment in digital infrastructure, digital literacy, cybersecurity, and local content in local languages. Because efforts to improve access connectivity will be undermined if people cannot afford the service, don’t understand it, don’t trust it, or see no benefit to it. And because to succeed in leveraging the opportunities of the digital economy, we all need to succeed in leaving no one behind.

Such a multi-faceted issue requires a multi-stakeholder approach. This, in turn, implies building a culture of consensus. And at ITU, consensus building is in our DNA.

ITU is a bit different to most UN agencies as we have a large private sector membership – nearly 600 private sector companies are members of ITU – and we also have around 130 universities who are members. The diversity of our membership has put ITU at the centre of advances in communications for over 150 years, from the telegraph to the telephone, to satellites and the Internet – to today’s Internet of Things and AI.

Here are three examples where ITU is leveraging the power of ICTs and international cooperation to foster inclusive economic growth. Each one of them advances the 2030 Agenda for Sustainable Development, as digital technologies are a powerful tool to help achieve all 17 SDGs.

2017 produced more data than the entire history of humanity, creating concerns about privacy and the spread of cyber-criminality. Building confidence and security in the use of ICTs is one of ITU’s main priorities. But data also promises to help solve some of our biggest challenges.

Advances in knowledge discovery and data mining hold great promise for the healthcare industry. Medical databases are the next frontier.

That is why ITU joined forces with WHO last July to launch a new initiative to leverage the power of artificial intelligence for health. The new ITU Focus Group on AI for Health is a great example of what multi-stakeholder partnerships can achieve – with researchers, engineers, practitioners, entrepreneurs and policy-makers working together to develop international standards and save lives.

As another example, account-based digital payments represent a key innovation in the fight against poverty. Millions of people are getting accounts through simple mobile phones, especially in Africa. Since 2014, ownership of mobile money accounts has nearly doubled in Sub-Saharan Africa.

Kenya has been a pioneer in the field of mobile money. The spread of mobile money in Kenya slashed poverty, drove up savings and helped women leave agriculture for jobs in business and retail.

‘Let’s use digitalization as a powerful enabler of inclusive economic growth.’

ITU has partnered with the World Bank Group, the Committee on Payments and Market Infrastructures and the support of the Bill & Melinda Gates Foundation to launch the Financial Inclusion Global Initiative. This new global programme seeks to capture the spirit seen in Kenya to advance research in digital finance and accelerate digital financial inclusion in developing countries.

The final example is the work that ITU is doing in the area of smart cities. The creation of these cities requires a trusted infrastructure capable of supporting an enormous volume of ICT-based applications and services, which in turn require adherence to common international standards to ensure openness and interoperability, reduce costs through economies of scale and avoid getting locked into propriety standards.

RELATED: How ITU supports Smart Cities in the Asia-Pacific region and beyond

Here, too, ITU has adopted a multi-stakeholder approach, developing the international standards that enable the coordinated development of IoT technologies in smart cities. The deployment of these technologies is expected to connect an estimated 50 billion devices to the network by 2020, putting tremendous pressure on the radio spectrum which is managed at the global level by ITU.

Today, more than 50% of the world’s population lives in urban areas. By 2050, it will be nearly 70%. To address the challenges of rapid urbanization, a country like India has embarked on one of the world’s largest rural optic fibre roll-outs, aiming to connect 600 000 of its villages by broadband.

And there are other similar initiatives in countries like Thailand, where the government is deploying the technology in rural areas to persuade the young people who have moved to the big cities to come back to their homeland. 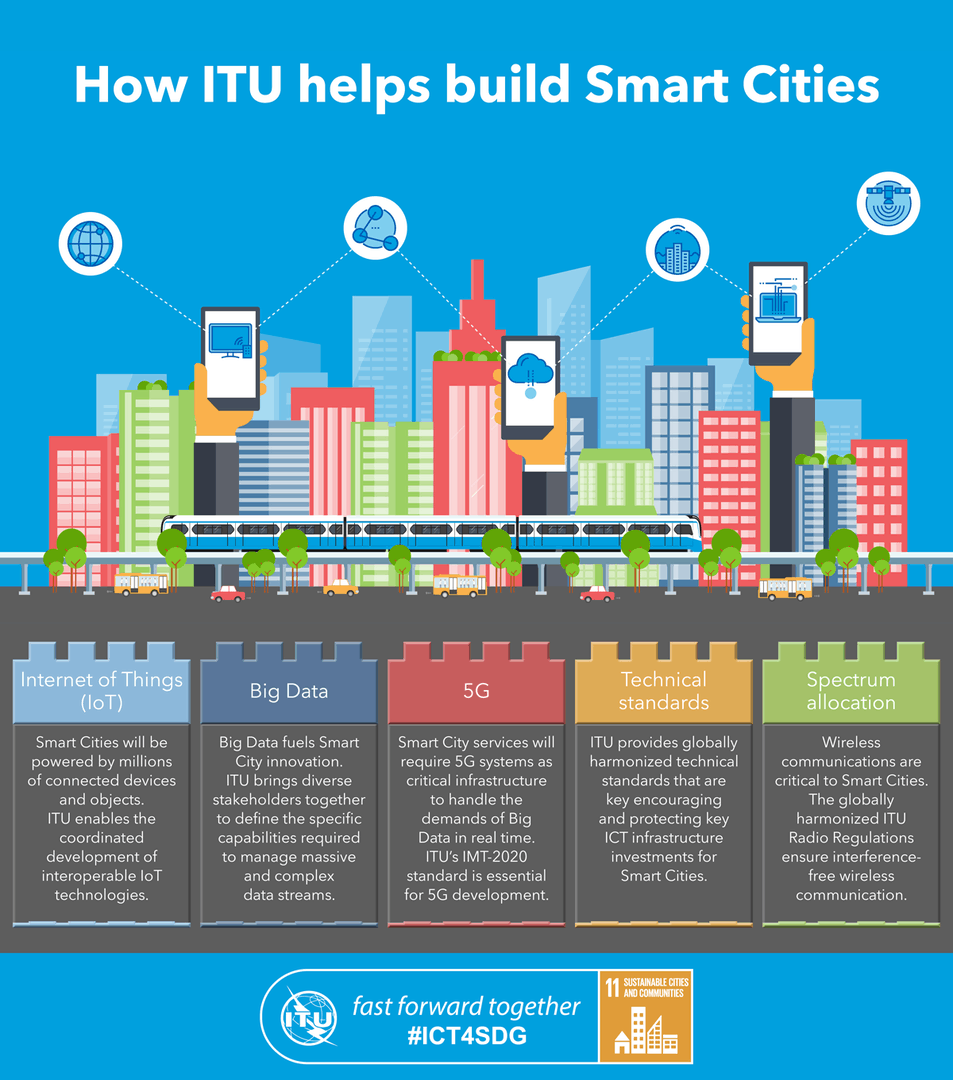 As we think about leveraging the opportunities of the digital economy, let’s remember all those who are not yet connected. Let’s use digitalization as a powerful enabler of inclusive economic growth. And let’s commit ourselves to bringing all of our organizations to collaborate together behind this endeavour.

To learn more, download the presentation here or view the speech in full here.

X
3 ways to connect the unconnected and extend digital opportunities…Emerging TrendsBy Nnenna Nwakanma, World Wide Web Foundation The last time I was in Durban was in 2010. South Africa was hosting the FIFA World Cup, and the whole co…

Leveraging the opportunities of the digital economy

Share via
Leveraging the opportunities of the digital economy
https://news.itu.int/digital-economy-opportunities/
X
How ‘Thailand 4.0’ leverages ICTs for growth…Emerging TrendsBy ITU News Thailand is embarking on a 20-year plan to boost its economy, reduce income inequality and promote development. Launched in 2016, "Thailan…
Send this to a friend