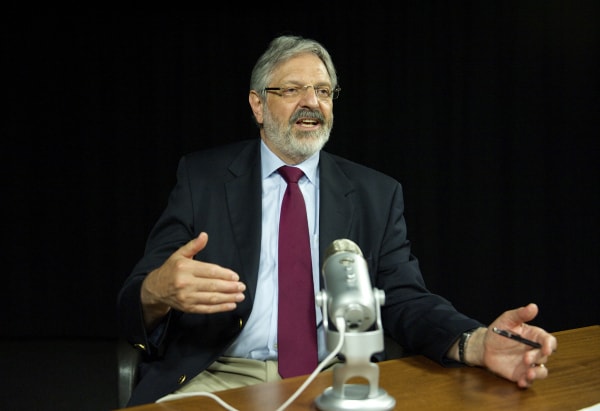 The Digital Dividend: a revolution in technology

On 17 June 2015, ITU held the International Symposium on the Digital Switchover, a special event to mark the deadline for the Digital Switchover in ITU Region 1 (Europe, Africa, the Middle East and Central Asia) and the Islamic Republic of Iran, heralding the development of ‘all-digital’ terrestrial broadcast services for sound and television for 119 countries. The resulting digital dividend has opened the way for new innovations and developments in the broadcast industry, with consumers able to access a range of new services and programming. Up-to-date information on the status of the transition to digital terrestrial broadcasting is available here.

Christoph Dosch, Chairman of ITU-R Study Group 6, is an expert in the field of broadcasting. ITU asked him about the switchover from analogue to digital broadcasting and how this will affect consumers.

What is meant by digital dividend?

The first element is the digital video compression; instead of one analogue TV programme, several (typically four) can be broadcast in the same 6-, 7- or 8-MHz wide TV channel.

The second element is the multipath resistant digital modulation for which the necessary carrier-to-noise and carrier-to-interference ratio is significantly lower than for the former analogue transmission schemes. The consequence of digital modulation is that the re-use distances are smaller. The transmit power is also significantly lower due to the reduced carrier-to-noise and carrier-to-interference ratio. So broadcasting gets greener; an enormous amount of energy is saved by going digital.

Consequently, the same number of programmes can be broadcast using fewer channels – and that is the Digital Dividend. The part of the electromagnetic spectrum that is used for broadcasting can be reduced to some extent.

Who will benefit most from the availability of additional spectrum?

There is no additional spectrum. Spectrum cannot be created, only re-allocated. So, if broadcasting can free up or is forced to free up some frequency spectrum, this spectrum can be assigned to other radiocommunication services such as Mobile Service (MS) for mobile broadband Internet or for PPDR (Public Protection and Disaster Relief). Currently, the pressure is enormous from the Mobile Service to have more spectrum allocated to it. So, Digital Dividend 1 (DD1), the so-called 800 MHz band, and Digital Dividend 2 (DD2), the so-called 700-MHz band, resulted from the World Radiocommunication Conference (WRC) 2007 and 2012.

Spectrum has a monetary value. Many administrations, i.e. governments, have already auctioned out licenses to the MS in the 800-MHz band, some administrations are just about to auction out the use of the 700 MHz by the MS. But revenues diminish. In Germany, the 700-MHz is expected to result in only 15 per cent of the value the Mobile Network Operators (MNOs) paid for the 800-MHz band. None of the bidders went beyond the reserve price set by the German administration. Up to now, no country has fully implemented the 800-MHz band. And the broadcasting band 1452-1492 MHz, the so-called L-band, will be co-allocated to the MS downlink for sure at the forthcoming WRC at the end of this year.

Other beneficiaries are the manufacturing industries that can, after re-allocation to the mobile services, sell new handsets that are designed to operate in the new MS bands. Furthermore, network manufacturers can sell new infrastructure installations (i.e. base stations and backbones including the network control). Furthermore, new service providers may profit from increased possibilities for mobile Internet services.

However, the users of wireless microphones, talk-backs or action cameras, especially during large events such as the Olympics, the Boston Marathon, the Tour de France, the European Song Contest, political elections or theatre productions will suffer from the re-allocation of this spectrum. And broadcasters will suffer as they not only have fit their services within a reduced band but have to re-configure their stations and antennas at considerable cost.

Will this mean reducing the bandwidth for broadcasting and will it affect how we listen to radio and watch television?

Of course, if the spectrum available to broadcasters is reduced, it means that the number of possible broadcasting services per service area are also reduced as the total capacity for broadcasting is reduced. Owing to digitization, this can be compensated to some extent. But we have to keep in mind that the quality of broadcasting and thus the request for transmit data rate increases constantly, and can only partially be balanced by the ongoing progress in technology. For example, cars of today are much better than cars of 20 years ago, but they are also larger. So, we have to guarantee some growth potential for broadcasting. Key words are: UHDTV for higher resolution in general; holoscopic 3DTV for more immersive viewing; a wider colour gamut for better colour rendition; higher frame rates for better temporary resolution, for example in sport coverages; extended dynamic range for more details in the bright and the dark areas of the video image, and, very important for a convincing viewing experience, immersive sound. Also, modern broadcast signals do carry a lot of data to control the complex processing in the TV set or the set-top box and, of course, for enabling smart Internet connections and integration with broadband services such as catch-up TV.

This blog is edited from Mr Dosch’s interview on the digital divide. Listen to the conversation in full here. 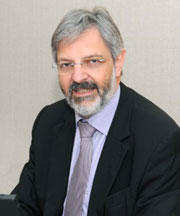 Christoph Dosch graduated from the Technical University Munich in telecommunications engineering in 1976 and then joined the Institut für Rundfunktechnik GmbH (IRT) as scientific engineer, working first on terrestrial television and then on satellite broadcasting systems in the 12‑GHz and 20‑GHz band. Having become Head of the Broadcast/Satellite System Section in 1982, he was appointed Deputy Head of the Department “Broadcasting Coverage and Transmitter Engineering” in 1992. From 1996 he served IRT as General Manager “Collaborative Research “, being responsible for IRT’s collaborative research projects. After his retirement in March 2014, he continued working for IRT as liaison officer to ITU. Since 1977, C. Dosch has been involved in ITU’s World Radiocommunication Conferences. He chaired the Working Party 6S (Satellite Broadcasting) before he was elected Chairman of ITU-R Study Group 6 in 2007.

X
Kaleidoscope: where social and technical sciences meet…Emerging TrendsBy Kai Jakobs I remember that day in early 2007 quite vividly – my first trip to ITU. The Cooperation between ITU-T and Universities: Consultation Mee…

The Digital Dividend: a revolution in technology

Share via
The Digital Dividend: a revolution in technology
https://news.itu.int/digital-dividend-revolution-technology/
X
It’s all about Accessibility!Emerging TrendsBy Beat Kleeb Accessibility in information and communication technology (ICT) is intrinsically linked to ITU’s 150 year history of innovation, yet it …
Send this to a friend