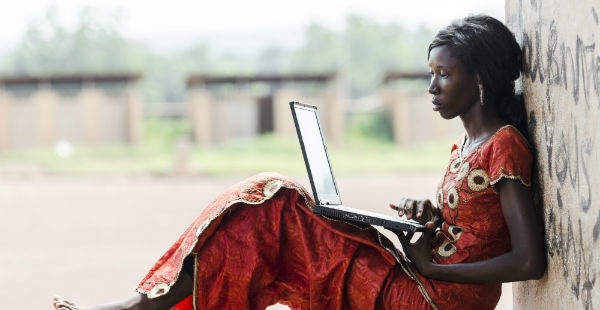 Connecting the World from 20,000 meters

By Richard Whitt and Yael Maguire

In 1997, when the ITU-R first began studying the spectrum identifications for High-Altitude Platform Stations (HAPS)1, the notion that you could one day use them for broadband mobile Internet access would have been far-fetched and speculative.

Not only was there no technology that could keep a solar-powered aircraft aloft to deliver sustained access to the Internet, there was also no such thing as the mobile broadband Internet. In 1997, nearly everyone who accessed the Internet did so via the screech of a dial-up modem attached to a desktop computer — if they went online at all.

Not only do lightweight, solar-powered HAPS exist, but they now can play a crucial role in connecting people to the Internet in areas unserved or underserved by existing connectivity infrastructure.

However, current HAPS identifications are insufficient to support their broad-scale global deployment. It’s time to update the Radio Regulations.

The Internet, and in particular the mobile Internet, is a powerful platform for communication and information. People with access to the Internet can connect to educational tools, health information, job data and news about the world and the people they care about.

For many, life without the Internet is practically unimaginable.

And yet, according to recent estimates, four billion people, mostly in the developing world, and mostly women and the poor, remain offline.

The deceleration of Internet penetration means that the challenges of connectivity are increasing.  And, it means that we need to find new ideas and innovative approaches to connect the next 4 billion. Unless steps are taken to close the digital divide, many will be left behind in our increasingly connected world. We have to look beyond existing solutions.

Many of the people who are not online today cannot afford the cost of access, some are unaware of the Internet’s benefits, and still others live beyond the range of the kind of infrastructure necessary to stay connected.

The infrastructure problem mainly affects people who live in rural areas, where it is less economically practical for mobile network operators and wireless Internet Service Providers (ISPs) to build out infrastructure.

Recent improvements in composite materials, low-power computing, battery technology and solar panels have made HAPS, such as Facebook’s Aquila and Google’s Titan Aerospace, a new way to spur the growth of rural wireless networks by generating high capacity backhaul from the air.

However, if HAPS are going to generate the Internet capacity required to deliver broadband Internet access, they should be allowed to operate in a sufficient amount of globally harmonized spectrum.

And, while there are some existing HAPS spectrum identifications2 in the Radio Regulations, these identifications are insufficient and retain certain regional exclusions and other technical limitations.

At the upcoming World Radiocommunication Conference (WRC-15) (#WRC15), there is support within the Inter-American Telecommunication Commission (CITEL) for a Future Agenda Item Proposal3that invites ITU to study a number of candidate bands where HAPS could be used4 and proposes a regulatory framework that will permit the global deployment of HAPS.

WRC-15 should adopt this proposal. Affordable broadband backhaul for rural communities will be impossible without sufficient spectrum.

Moreover, ITU-R should address the additional geographic and technical barriers preventing full-scale HAPS Internet operation. For example, the Region 2 exclusion must be addressed. Everyone, everywhere has the right to connect to the Internet. We should not exclude the Americas from the promise of HAPS.

Finally, the adoption of studies to determine the feasibility of HAPS will not come at the expense of any other connectivity proposals. They are one of a number of ways to connect people, including fiber with microwave relays, and satellite. We need as many solutions and innovations as possible, especially in rural communities.

A SPECTRUM OF OPPORTUNITY

HAPS such as Aquila and Titan Aerospace show tremendous promise.

Because they fly at only 20 km above a fixed point on earth, latency will be on par with other terrestrial services. In addition to supplementing existing terrestrial and satellite services with extra capacity, they can also provide emergency access in areas that are suddenly and unexpectedly cut off. They fly above the weather and are unaffected by earthquakes, floods, fires or other natural disasters.

They operate with solar power so do not emit any carbon pollution. Moreover, being solar powered, they’ll be most effective for people who live nearest to the equator, areas which are historically underserved by connectivity infrastructure.

Moreover, HAPS with station-keeping abilities are extremely flexible.  As terrestrial networks continue to grow, HAPS can be easily moved to further push out the network coverage frontier to those most in need.

Finally, by helping to close the digital divide, HAPS deployment will help the ITU achieve the Connect 2020 Agenda and the UN achieve Sustainable Development Goal (SDG) 9 (c), which aims to make the Internet universally affordable and accessible in the world’s least developed countries.

Everyone should have the opportunity to experience the social and economic benefits that come from broadband Internet access. By adopting the HAPS proposal, the delegations attending WRC-15 will give this innovative global connectivity approach a chance to succeed.

1 HAPS are defined in Article 1.66A of the Radio Regulations as “[a] station located on an object at an altitude of 20 to 50 km and at a specified, nominal, fixed point relative to the Earth.” 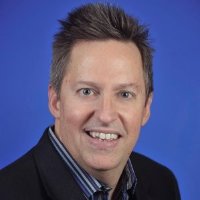 Richard Whitt is the Director of Strategic Initiatives at Google. 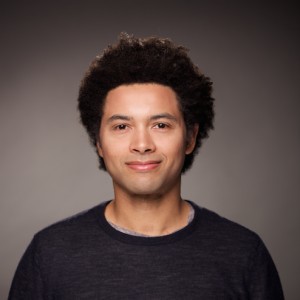 Yael Maguire is the Head of the Connectivity Lab at Facebook.

X
Empowering Future Digital CitizensEmerging TrendsBy John Carr It is not often someone who works in the field of online child safety in this cold, wet corner of Europe gets the opportunity to hear fro…

Connecting the World from 20,000 meters

Share via
Connecting the World from 20,000 meters
https://news.itu.int/connecting-world-20000-meters/
X
Playing Well with Others – Interoperability & Mobile Money…Emerging TrendsBy Lucien Moolenaar The potential for mobile money platforms to drive economic development and financial inclusion is enormous. In frontier and emergi…
Send this to a friend