The signing of the ITRs — the only global treaty to establish general principles relating to the provision and operation of international telecoms — was hailed as a historic moment and continues to impact the work of ITU to this day.

Together with the ITU Constitution, ITU Convention, and the Radio Regulations (the international treaty on the use of the radio spectrum and satellite orbits) the ITRs is one of the four treaties that form the four pillars of ITU.

However, a lot has changed in the 30 years since the ITRs entered into force on 1 July 1990.

Today, over half of the world’s population is online, even if global growth rates are not as high as a decade ago. Information and communication technologies (ICTs) are playing a fundamental part in people’s lives across the globe, especially since the start of the COVID-19 pandemic.

Emerging technologies in fields such as 5G, the Internet of Things, blockchain, artificial intelligence, big data, and many others offer much promise in tackling the world’s most pressing issues and achieving the United Nations Sustainable Development Goals (the SDGs). ITU, as the UN specialized agency for ICTs, is at the forefront of this digital revolution.

The ITRs foresaw the central role that telecommunications would come to play on the global stage. These regulations were instrumental in promoting the efficiency, usefulness, and availability of international telecommunication networks and services.

As more of our critical infrastructure becomes interconnected through smart power grids, intelligent transport systems, e-government and electronic banking, amongst others, failure in one can affect the others.

That is why the principles of the ITRs are as critical today as they were 30 years ago.

What are the ITRs?

In 1988, it was unlawful for international leased circuits to be used for creating public internets for data exchange or mobile communications for the public. At that time, all internets were private networks run by private enterprises or governments. At the initiative of the ITU Secretary-General at the time, the Australian Mr. Richard Butler, ITU convened in November 1988 the World Administrative Telegraph and Telephone Conference (WATTC) in Melbourne, Australia, hosted by the Australian government with the stated objective to “provide the basic foundation of norms and administrative mechanisms required not only for implementing the networks of the 90’s and beyond, but also for assuring the continued availability of traditional existing telecommunications services among the public throughout the world”.

Replacing both the earlier Telegraph Regulations and the Telephone Regulations, the WATTC conference resulted in the International Telecommunication Regulations (the ITRs), the first international regulations to establish general principles to facilitate international interconnection and interoperability of information and communication services, as well as ensuring their efficiency and widespread public availability. It remains the only global treaty to enable the worldwide Internet and mobile networks to co-exist and created the framework for network security provisions to protect those infrastructures.

The articles of the ITRs define a set of principles to ensure that networks can connect with each other smoothly, and that international services will be offered in a fair and efficient manner. The ITR treaty was ratified, accepted, approved or acceded to by 190 countries.

The achievement remains an enduring tribute to Richard Butler who left ITU shortly after and who wrote in 1989 “The CCITT [now ITU-T] Plenary Assembly has helped to provide a concrete technological and operational foundation for the orderly development of the network while the World Administrative Telegraph and Telephone Conference (WATTC-88) provided a regulatory framework appropriate for the diverse technological, operational and national policy environments which are so rapidly evolving today”.

The ITRs underpin how we communicate with each other – with voice, video or data – across the globe to this day.

Since then, of course, the world has seen the mainstream commercialization and maturation of the ICT ecosystem, pervading nearly every facet of modern life from technical and operational to social and economic aspects –bringing with it unprecedented growth and opportunity, but also unfortunately some significant disparities and challenges.

In order to keep pace with the rapidly evolving technology industry, ITU membership convened a conference in Dubai in December 2012, hosted by the government of the United Arab Emirates, to review the ITR treaty (the World Conference on International Telecommunications (WCIT-12)). Unfortunately, the resulting treaty has far fewer Member States bound to it, currently only 91 countries, the others remain bound to the 1988 version.

Today an Expert Group on the ITRs is currently reviewing once again the 2012 version of the treaty to determine its applicability in fostering the provision and development of international telecommunication/ICT services and networks and its flexibility, or lack of, to accommodate new trends.

As with many areas of international ICT diplomacy, finding consensus on the ITRs takes hard work and commitment, but hopefully the group will be successful in providing a valuable input to the 2022 ITU Plenipotentiary Conference.

The ICT landscape is at a crossroads. These days, global headlines are dominated by news of ICT players facing growing scrutiny from regulators, lawmakers and the general public – on domestic, regional and international levels.

The global ICT ecosystem must provide a digital marketplace that is open, competitive and fosters innovation.

Building on what was achieved 30 years ago, I am sure ITU’s global and diverse membership will continue to lead the efforts to ensure safe, inclusive and equitable ICTs for everyone, everywhere. We need today the same level of comprise that resulted in the consensus on the ITRs in Melbourne in 1988. Surely the geopolitics of today is no more challenging than in 1988! 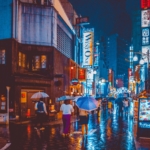 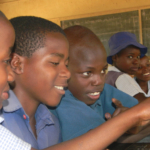 X
How can ICT regulators respond to COVID-19? 5 key findings from new GSR paper…Emergency CommsBy Sofie Maddens, Head of ITU’s Regulatory and Market Environment Division Shortly after the declaration of COVID-19 pandemic lockdowns across most …

Share via
Commemorating the ITRs’ 30th anniversary: The way forward
https://news.itu.int/commemorating-the-itrs-30th-anniversary-the-way-forward/
X
Why we’re joining forces with ITU for affordable broadband…Big DataBy Sonia Jorge, Executive Director, Alliance for Affordable Internet (A4AI) We are delighted with the opportunity to join forces with ITU to help prov…
Send this to a friend