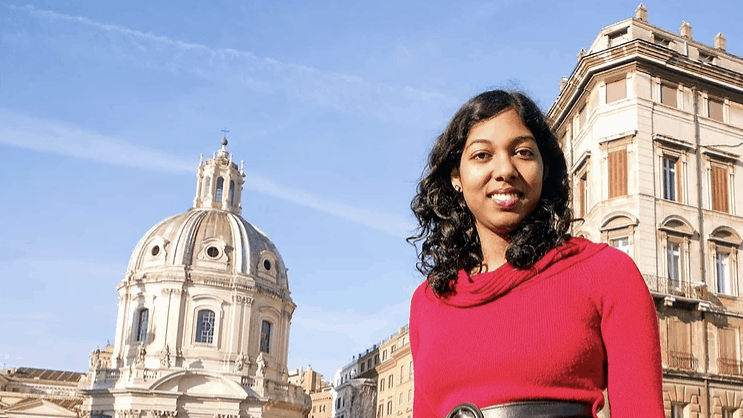 We must change stereotypes about women in tech: Shinjini Kundu

I grew up taking apart computers with my father. I’d muse about books on my father’s bookshelves with strange titles: PERL, Java, C++. “Daddy, what do they mean?” I would ask.

“Those are computer languages,” my father would explain.

I was fascinated that computers have languages just like humans.

‘Given equal opportunities and expectations, there is little doubt that women can achieve great success in tech.’ – Shinjini Kundu, physician and medical researcher, University of Pittsburgh Medical Center

I mastered computer languages as a teenager at school. Then, my curiosity shifted to what is inside a computer. I set out for Stanford to study electrical engineering. While I excelled in engineering, I also studied medicine, becoming one of the youngest MD-PhD scientists.

Today, I design Artificial Intelligence (AI) technology to detect early disease in patients that may otherwise be imperceptible to humans.

Recently, I was a speaker at the UN AI for Good summit in Geneva and was named one of MIT Technology Review’s 35 innovators under 35, whose work has the potential to change the world.

RELATED: 5 ways to fight gender bias in the tech industry

I am often told that I don’t fit the stereotype for women in tech. I am a classical dancer who has performed at Madison Square Garden in New York City, and I love wearing dresses, which appears to go against the image of a techie – so much so, that in my junior year of college, a female housemate told me: “girls in engineering have it easy, because the boys just take care of them.”

Her words landed like a sucker punch. In fact, I had noticed something askance about the fellow students. Most were male. Boys outnumbered girls in my major by a 4:1 ratio. I had never thought anything of this, until this fellow student intimated that the women could not possibly be succeeding on their own aptitude.

This perception, however, is not rooted in fact. In United States high schools, higher-level mathematics courses have equal numbers of boys and girls, who perform equally well. In college, women earn half of all science and engineering bachelor’s degrees. Yet, when it comes to the science, technology, engineering, mathematics (STEM) workforce, only 29% are women.

RELATED: How digital technologies can speed up gender equality

Science has debunked theories of “inherent differences” between the genders or lack of interest/ambition among women. In a survey of Harvard Business School graduates, both men and women valued their families more than their work.

Yet, society continues to expect less from women in tech.

‘I think the danger of low expectations is that they can be self-fulfilling.’

A study on Asian-American women reveals how implicit expectations can lead to differential outcome. Being reminded of a negative stereotype about math aptitude (being female) before a quiz led to a lower score, versus a higher score when reminded about a positive stereotype (being Asian-American).

Given equal opportunities and expectations, there is little doubt that women can achieve great success in tech. We as women don’t need to be coddled to satisfy quotas and workplace policies. We need society to believe and expect more from us to strive towards our fullest potential.

Learn more about the EQUALS Global Partnership to bridge the digital gender divide.

I sometimes think back to my earliest mentor, my father. When I’d come home with less than a hundred on a math test, he’d probe, “where did the other points go?”

He pushed me because he believed in my potential, thought that I was capable of more, and constantly set a higher standard. In my career, I sought mentors who, like my father, implored me to reach higher, setting up a virtuous cycle which equipped me with the grit to overcome outdated stereotypes, to have the chance to be part of the generation of women who will change these outdated stereotypes – hopefully for good.

Shinjini Kundu, MD, PhD, is a physician and medical researcher at University of Pittsburgh Medical Center (UPMC). Prior to studying medicine, she earned her BS and MS in electrical engineering from Stanford University and her PhD in biomedical engineering from Carnegie-Mellon University, where she developed new artificial intelligence techniques to detect latent disease from medical images that are otherwise imperceptible to humans. In May 2018, she was a speaker at the United Nations AI for Global Good Summit in Geneva.

The original version of this article first appeared on EQUALS. Views expressed in this article do not necessarily reflect those of ITU. 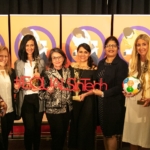 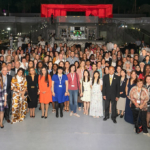 Advancing the implementation of the WRC-19 Declaration on Gender

We must change stereotypes about women in tech: Shinjini Kundu

Share via
We must change stereotypes about women in tech: Shinjini Kundu
https://news.itu.int/change-stereotypes-women-tech/
X
Here’s how young people are leading on #ICT4SDG: a roundup…Emerging TrendsBy ITU News Here at ITU News, we love learning about stories of young people engaging with information and communication technologies (ICTs) to make a…
Send this to a friend