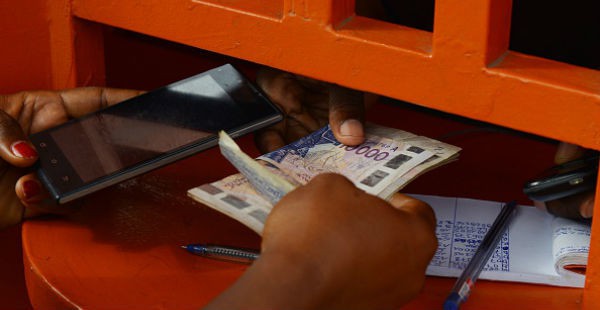 Interoperability – a term used in a variety of industries, including telecommunications and financial services – is generally understood to refer to the ability of different systems and sometimes even different products to seamlessly interact. For payment systems, “interoperability” depends not only on the technical ability of two platforms to interact but also the contractual relationships between the entities wanting to interact.

Traditionally, interoperability has been established by the same type of institutions, by banks’ participation in a central retail payment infrastructure (e.g. a central switch or an automated clearing house) and adhering to a payment scheme (e.g. a card scheme or a credit transfer scheme).

These days interoperability in retail payments is no longer limited by national borders and the overall ecosystem has become more complex. Non-bank payment service providers have emerged (many of them mobile network operators-MNOs) and there are new types of payment instruments (e.g. mobile money). Innovative payment instruments often start as proprietary solutions, processed in-house rather than via a central platform.

Interoperability can promote competition, increase the financial viability of service offerings by reducing fixed costs and unlocking economies of scale, and improve the utility of payment instruments and convenience for the end user. All these elements are generally considered to facilitate financial inclusion.

A lack of interoperability can result in inefficiencies due to overlapping or limited coverage and sunken investment costs, which can negatively impact adoption and usage. The CPMI-WBG Payments Aspects of Financial Inclusion Task Force acknowledges the importance of interoperability when it comes to increased access to and universal usage of transaction accounts.

Despite the advantages that interoperability brings, not all market participants will necessarily embrace interoperability initiatives. For example, in highly concentrated markets with only one or a few dominant player(s), the short-term objectives to lock in customers and retain the existing market share might distract dominant market participants from the medium to long-term benefits of a growing the overall market.

But what role, if any, should regulation play in facilitating interoperability? And on what timetable? As stated in the GPFI white paper “Global Standard-Setting Bodies and Financial Inclusion: The Evolving Landscape,” some argue that mandating interoperability at an early stage can reduce the incentives for firms to enter new markets and compete.

Ensuring that interoperability is technologically feasible may involve using international technical standards for financial services and telecommunication services, rather than domestic or proprietary ones. Therefore, technical standard-setters from both finance and telecoms should be involved in that process. One such example is the International Telecommunications Union’s Focus Group on Digital Financial Services.

By the end of this year, the ITU Focus Group plans to publish a number of guidance notes to those interested in making interoperability happen, not at least for the benefit of financial inclusion.

This article originally appeared in the World Bank’s PSD blog. Views expressed in this article do not necessarily reflect those of ITU. 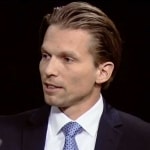 Thomas Lammer, Co-authors: Kate Lauer, Olga Tomilova
Thomas Lammer joined the World Bank Group’s Payment Systems Development Group in 2013 and since then has been working on payment systems reforms in a number of countries, with focus on Africa and South East Asia. He contributes to financial inclusion initiatives, e.g. the Payments Aspects of Financial Inclusion Task Force, the Universal Financial Access 2020 agenda, and the ITU Focus Group on Digital Financial Services. His current policy work focuses on payment innovations and the costs of retail payments.

X
Open systems are key to Smart Cities: reportEmerging Trendsoriginal by Telecom TV IoT specialist Machina Research has teamed up with Philips to produce a white paper entitled ‘The Smart City is Open: the role …

Share via
Championing interoperability for financial inclusion: carrot or stick?
https://news.itu.int/championing-interoperability-for-financial-inclusion-carrot-or-stick/
X
Why the World Telecommunication Standardization Assembly is so important (VIDEO)…5GBy ITU News-The World Telecommunication Standardization Assembly (WTSA) is an ITU governing conference held every four years for ITU members to define…
Send this to a friend