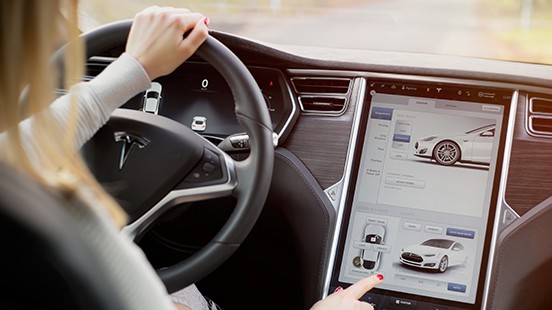 As usual, the annual Consumer Electronics Show (CES) is bringing some of the biggest names and newest technologies to Las Vegas in the United States this week. Artificial intelligence is expected to be a key part of more products at CES than ever — and car technology is also expected to make a big splash. In the following article, Associate Director in the Global Automotive Practice at Strategy Analytics, Roger Lanctot, discusses some of the key issues raised when the two massive trends merge in the rapidly developing area of automotive AI.

The roster of automotive artificial intelligence (AI) initiatives is growing rapidly with Softbank working with Honda on the Emotion Engine for the Neuv self-driving commuter vehicle, IBM’s collaboration with General Motors and BMW, and, now, reports of Microsoft bringing AI to Volvo in the form of Cortana. It was Google and Apple that originally opened this door with voice search enabled on mobile devices increasingly connected in cars – but it boils down to what will appear on in-dash displays and how drivers will interact.

The purpose of artificial intelligence is to put relevant contextual, historical, and behavioral data together to anticipate driver needs thereby mitigating driver distraction.

The challenge to achieving this goal is great, however, given the cognitive and glance-time burdens associated with voice recognition and touch screen interfaces, respectively.

Adding to this challenge is the current preference among auto makers to use integrated smartphones for voice recognition functions – while limiting smartphone access to vehicle sensor data. On the eve of CES 2017, Volvo announced its plan to bring Microsoft’s Skype to in-vehicle infotainment systems to manage business communications (sans Skype video).

But with the arrival of Skype in the centerstack display can Apple’s FaceTime or Google Hangouts (or Viber, Tango or Oovoo) be far away? A family in Texas hopes so. A week before CES 2017 a lawsuit has been filed over a fatal crash that occurred on Christmas Eve 2014 that took the life of a five-year-old child and injured multiple family members.

The family contends that Apple had a responsibility to block the use of FaceTime in a moving vehicle – especially since Apple filed a patent six years earlier for blocking texting while driving. There are broader issues here including the potential responsibility of the relevant wireless carrier. Since an in-vehicle smartphone interface does not appear to be involved given the age of the vehicles in crash, the relevant auto makers appear to be off the liability hook.

Ironically, the two vehicles involved in the 2014 crash were Toyota’s. Toyota is one of the last remaining auto maker resisters to Apple/Alphabet smartphone integration.

Even widespread deployment of smartphone integration has not been enough to pry smartphones out of the hands of drivers. Car makers, Apple, Alphabet and wireless carriers all want consumers to connect their phones in cars in order to ensure a safer user experience, but connecting a smartphone in a car remains an often annoying and unnatural act.

But even connecting a smartphone and adding AI to enhance speech recognition and anticipate driver needs, introduces potential new sources of distraction, cognitive load and confusion. The bottom line is that a smartphone in a car is a potential life-saving proposition. The focus of too many auto makers is on delivering content or, in the worst cases of visionary automotive integration, marketing messages and advertisements carefully honed to the driver’s known preferences and current and anticipated location.

In the Volvo case, the Skype application appears to be built into the car, not accessed via the driver’s connected smartphone. This type of integration means the system will be better able to mitigate driver distraction by taking into account the driving context. Volvo pioneered the concept of an Intelligent Driver Information System (IDIS), more than 10 years ago for locking out distracting vehicle features and functions during stressful driving scenarios.

The Texas lawsuit should give pause to auto makers to consider the objectives behind their fledgling AI systems. Are these systems intended to enhance safe driving or are they intended to distract with promotional offers and advertisements? Does the AI system make use of vehicle sensor data and driving context to manage the driver’s cognitive load? Or is the system more likely to distract with confusing interfaces, too-small icons and inadequately refined speech recognition?

If the Texas lawsuit proceeds it will be up to a court to decide the level of responsibility of Apple which is no-doubt protected by its own voluminous and rarely read end user license agreement. But car makers and wireless carriers may ultimately be held accountable for the nature and performance of in-vehicle systems – particularly in the context of rising annual highway fatalities. We want drivers to connect their phones in cars. But what happens next when Apple and Alphabet are in charge of that integration? We will found out this week at CES 2017, for sure.

The original version of this excerpted post was published on the Strategy Analytics blog. Views expressed do not necessarily reflect those of ITU. 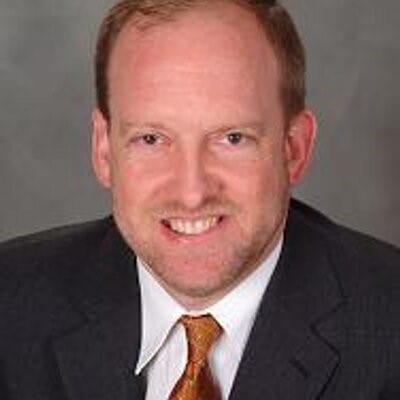 Roger Lanctot
Roger LanctotAs Associate Director in the Global Automotive Practice at Strategy Analytics, Roger Lanctot (@rogermud) has a powerful voice in the definition of future trends in automotive safety, powertrain, and infotainment systems. Roger draws on 25 years’ experience in the technology industry as an analyst, journalist and consultant. Roger has conducted and participated in major industry studies, created new research products and services, and advised clients on strategy and competitive issues throughout his career. Some consider Roger the Kevin Bacon of the connected car industry as evidenced by his wide LinkedIn and Twitter following and his frequent speaking and blogging activities on critical industry issues impacting critical topics such as vehicle safety, fuel efficiency and traffic. Roger is a graduate of Dartmouth College.

Share via
#CES2017: Will lawsuit(s) stall automotive AI?
https://news.itu.int/ces2017-will-lawsuits-stall-automotive-ai/
X
Forging paths to 5G at ITU Telecom World5GBy ITU News The full version of the following abridged article can be read in the latest edition of ITU News Magazine, which highlights key insight fr…
Send this to a friend