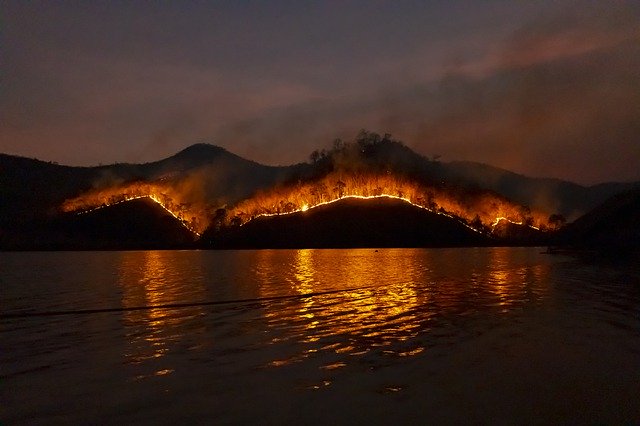 Australians have been very enthusiastic adopters of cashless payments. In fact, some predict that Australia could become a cashless society by 2022. And then the fires started.

“What we saw in this natural disaster was that significant areas lost mobile coverage and so those transactions could not occur,” Paul Fletcher, Australian MP and Minister for Communications, Cyber Safety and the Arts told ITU in an interview. “In a natural disaster situation where people are already frightened and want to move quickly, to then discover that the banking system isn’t working and so they can’t buy essentials is very problematic.”

As technology plays an increasingly important role in our day-to-day lives, the fires highlight the importance of disaster resilience for telecommunications networks.

Since July 2019, wildfires have been burning across Eastern Australia, covering 14.6 million acres of land – an area twice the size of Belgium. The fires have caused a cataclysmic loss of nature and wildlife and left thousands of homes and many roads destroyed.

Having a flexible and user-friendly framework can help national authorities to quickly restore telecommunications networks when disaster strikes.

“Communications networks have a very important part to play in keeping communities informed about threats such as bush fires and of course in supporting the work of emergency services organizations,” said Fletcher.

Mobile apps such as Fires Near Me Australia and Get Prepared help people track the fires and prepare for an evacuation. Regional fire services such as the New South Wales Rural Fire Service provide real-time bushfire updates on their website. SMS warnings are sent to people in affected areas. Radio has also been a key tool for emergency communications; the national broadcaster, ABC Radio, has regional operators across the country providing local information on the progress of the fires and rescue efforts.

But the fires have disrupted critical infrastructure such as electricity and telecommunication services, leaving many people cut off from contact with emergency services.

“Coming out of this, I think we will see an additional focus on how we can use technology to help deal with these challenges,” said Paul Fletcher, Australian MP and Minister for Communications, Cyber Safety and the Arts.

National telcos have worked to restore service to affected areas, using satellite trucks and portable reception towers to keep people online while they work to repair damaged mobile base stations.

RELATED: Destruction and desolation – Hurricane Dorian and the importance of emergency communication drills

Having a flexible and user-friendly framework can help national authorities to quickly restore telecommunications networks when disaster strikes. ITU has developed guidelines for National Emergency Telecommunications Plans (NETPs) to help governments set out a strategy to ensure communications availability during the disaster mitigation, preparedness, response and recovery phases.

“The next step is how can we start improving [the network] rather than rebuilding [it] as we’ve done over the last 30 or 40 years… If we have the willingness to actually sit down and say, ‘it’s not just repairing the old way; how can we start looking forward and create better situations for the future?’,” said Budde.

Adding back-up options in the communications infrastructure is vital for keeping citizens safe in the event of an emergency. Technologies such as satellites and drones can add capacity to track and map the unfolding event and support relief efforts.

“Coming out of this, I think we will see an additional focus on how we can use technology to help deal with these challenges,” Fletcher said. “And of course, lots of work on resilience of the built environment and the resilience of infrastructure, telecommunication – certainly energy networks, roads and other networks.”

“This could be the new normal; we could have more of these fires and we need to be better prepared and have better plans,” said Paul Budde, an independent telecommunications analyst.

Ensuring that remote and rural areas are connected to a reliable mobile network is a vital consideration when developing robust infrastructure networks, too.

In 2013, the Australian government launched a Mobile Black Spots Programme to subsidize the country’s three privately owned operators, Telstra, Optus and Vodafone, to support the roll out mobile base stations into areas where they may not choose to do so on a purely commercial basis. To date, the programme has installed 1047 new base stations across Australia.

“There’s been more areas, more towns with mobile coverage as a result of this programme in facing up to the bush fires and would not have been the case otherwise. But there is more to do so that we can get mobile coverage into towns and villages that don’t have it today,” said Fletcher.

From small island states being threatened by rising sea levels to changing weather patterns that threaten food production, the impact of climate change is already being felt. Without immediate action, these impacts will become more intense and irreversible.

“The second ‘horseman’ is the threat of climate catastrophe. We must respond with the promise of climate action,” UN Secretary-General, Antonio Guterres, said of his priorities for 2020 to the General Assembly on 22 January 2020.

Technology has a big role to play in monitoring climate change, mitigating and adapting to its effects, and assisting in the transition towards a green and circular economy. ITU’s work supports Member States in developing strategies that can ensure a sustainable future for all, including smart sustainable cities and e-waste reduction.

Share via
Building resilience for climate emergencies
https://news.itu.int/building-resilience-for-climate-emergencies/
X
Reducing the global healthcare shortfall using AI…Artificial IntelligenceBy ITU News Dr Nick Sireau finally found a way to save his children from decades of disabling pain: weed killer. Dr Sireau’s two sons were born with A…
Send this to a friend