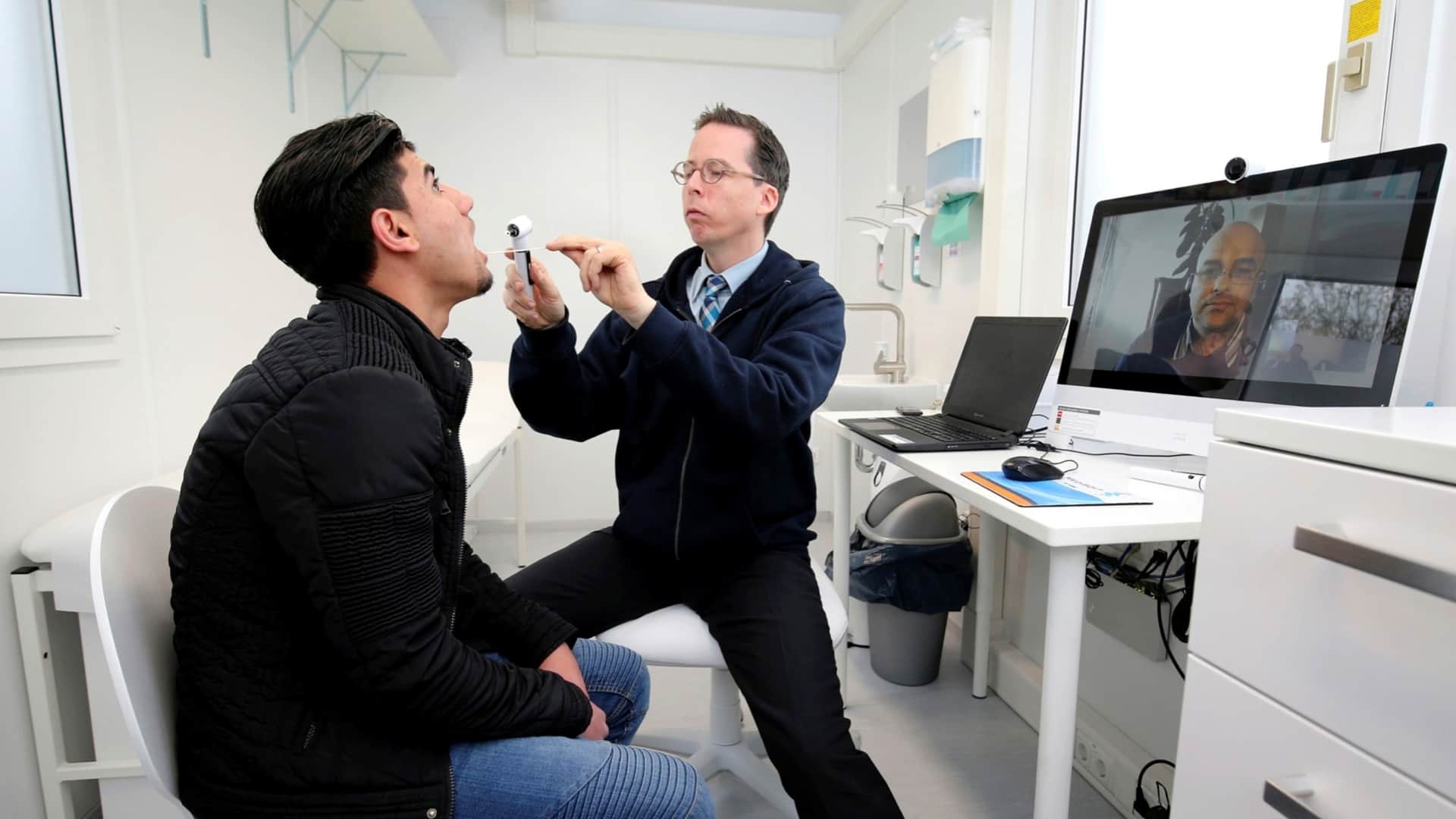 A Farsi-speaking mother and her sick child sat in the makeshift doctor’s office, a little afraid. Sitting in a converted shipping container, a German-speaking doctor treated the child for an eye problem.

“Within 15 minutes, the mother with the child was happy … and could be treated,” said Harald Neidhardt, Curator and CEO at MLOVE, “a global community that drives the Future of Mobility, Internet of Things and Smart Cities.”

Ordinarily, this may not be particularly noteworthy, but in the summer 2016, German medical services were facing increased demands after nearly 1 million refugees were welcomed to the country. This was made all the more difficult as doctors and patients struggled to communicate with each other.

How does it work?

The idea for RFRC was to use a shipping container – the port city of Hamburg has an abundance – “and make a real medical clinic inside – and we can put WiFi and everything. This way it would be clean, it would be hygienic; it would be a more agreeable work space for the people working and the refugees,” Neidhardt explained.

Inside the containers are two Cisco video terminals equipped with translation services from SAVD, who have 50 languages available at the press of a button from 750 certified and medically trained interpreters. The containers are then operated on a day-to-day basis by local authorities or health departments.

Following the success of the first container, operated by the University Clinic Hamburg in a Red Cross camp, the Dorit and Alexander Otto Foundation funded 10 new containers.

The success of the RFRC highlights the importance and impact of collaborative partnerships. Working together, MLOVE and Cisco have drawn together partners including universities, translation services, health and government agencies, funders and others to come together to deliver health solutions to Germany’s refugees. 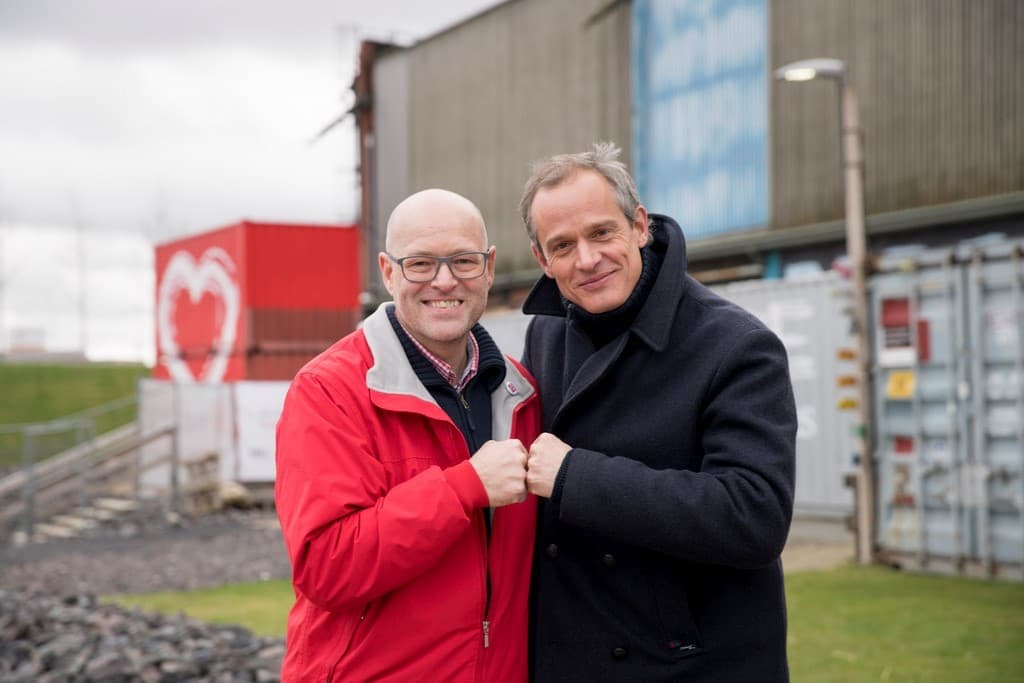 The project came about thanks to a “combination of the local ecosystem in the Smart Hamburg; thinking about new ways to treat challenges of a city with new technology plus some creativity and dedicated and passionate people,” explains Neidhardt .

“We are the innovation agency. Cisco, our big partner, has all of the equipment. SAVD is doing the translation. There is another company, Aduck who is responsible for the Germany market and installation of the units. But to drive into new markets … took some time and some thinking.”

Following the success in Hamburg, Neidhardt and the team approached the idea of bringing the solution to Greece and Lebanon.

“Once we had the German version – let’s say this was the 1.0 version – now we are testing what could be the 2.0 version in local needs, closer to the hotspots,” Neidhardt explained. “These two first units in Greece and Lebanon are big milestones for us, exactly one year after we started in Hamburg.”

Building on this success would have a greater impact for those affected.

“Once we have started to install this and saw the reaction from the patients even here, we started really and thought how we can help more,” says Neidhardt. So, our dream is: Can we bring 100 containers to the hotspots closer to the Syrian border and the countries around them? [If so, than] on average we can treat more than 1,000 people a month. So with 100 containers, 1,000 people a month, we could treat more than 1 million people a year. That would be an amazingly rewarding use of meaningful technology.”

The key role of partnerships

However, Neidhardt notes that bringing 100 Refugee First Response Centers to the world, “is a fairly complex thing.”

To do this, the team’s focus is on identifying long-term partnerships with NGOs and aid organizations, and seeking out effective and affordable technologies – “maybe we have [Artificial Intelligence] in there at one point!”

Longer term, Neidhardt explained that the containers could be used for a variety of crises or situations, providing a safe space for education, food and even shelter. “It is something that, hopefully if the crisis is reduced, can be moved to other parts of the world where it is needed the most.”

X
2017’s Top 5 AI trends are about far more than technology: Stephen Ibaraki…Artificial IntelligenceBy Stephen Ibaraki We are now at a unique moment in world history - an inflection point in which we are starting to see an unprecedented acceleration …

Share via
Bringing ICT-enabled medical services to Germany\'s refugees
https://news.itu.int/bringing-ict-enabled-medical-services-to-germanys-refugees/
X
AI for health: Chan Zuckerberg Initiative buys Meta startup to speed progress…Artificial IntelligenceBy ITU News By 2020, medical data is expected to double every 73 days. With the rapidly growing amount of health data being produced, it is no surpris…
Send this to a friend