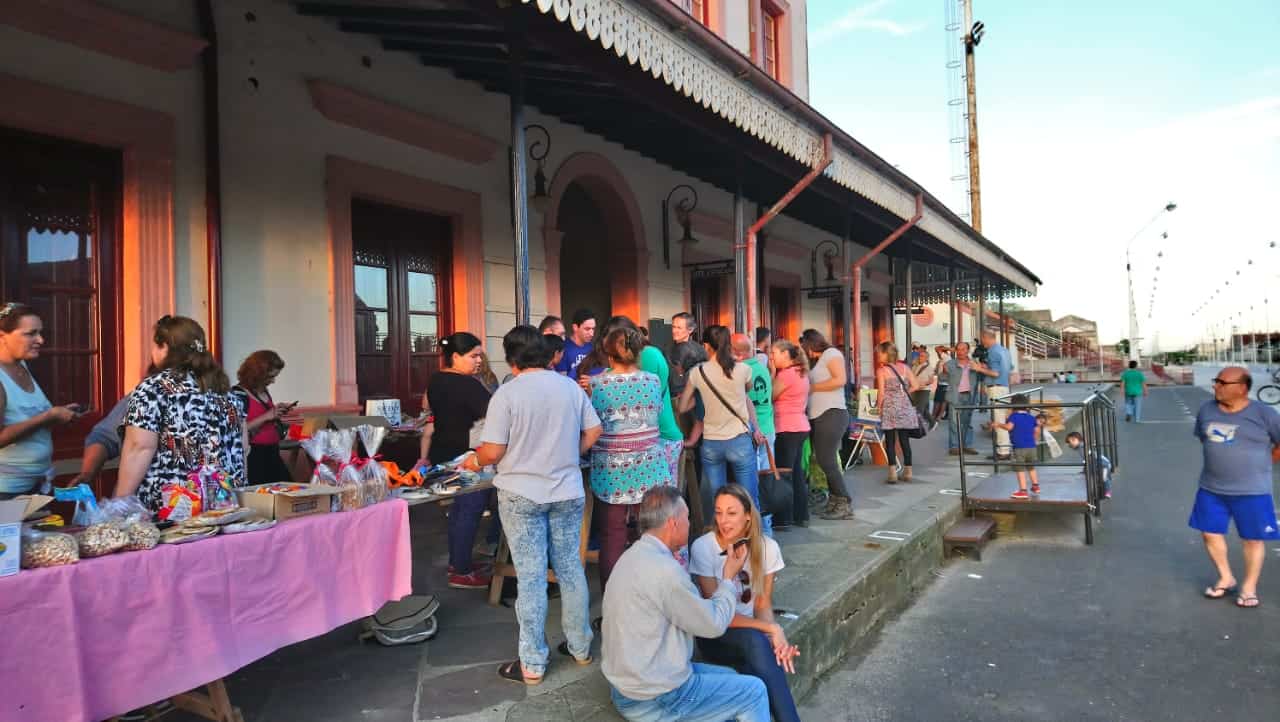 Moneda PAR is a peer-to-peer, zero-interest mutual credit system for the exchange of goods and services at the local level in Argentina using blockchain technology. Currently available across eight cities in Argentina, it aims to provide a practical solution to issues often faced by small communities, including limited liquidity in fiat currency and high interest rates.

Because it is a hyper-local network, transactions are not just economic but social; by engendering community interactions, Moneda PAR also aims to fortify the local economy during times of recession and encourage further growth in times of expansion.

ITU News recently caught up with Moneda PAR Co-Founders Mario Cafiero and Sebastián Valdecantos via email to learn how the solution supports marginalized people at the community level.

How does MonedaPAR support marginalized people in Argentina?

Moneda PAR is a complementary monetary system whereby people can access to credit at a zero interest rate. By means of these loans they are able to purchase the goods and services they need both to carry out their production and to satisfy their needs.

The credit created in Moneda PAR (and therefore, the money that circulates within the system) is backed by the members’ productive capacity, thereby ensuring a stable equilibrium between the monetary mass and the real size of the market where the currency is used.

“We believe that it is money that has to be at the service of the people, and not the other way around.”

As long as the market created is big and diverse enough, Moneda PAR can work as a buffer against the economic and financial shocks to which workers are usually exposed. This is because the liquidity that the system needs to work controlled by the users and self-adjusts to their needs.

Why was blockchain the right solution for a peer-to-peer, zero-interest credit network?

In Argentina there were many cases of complementary currencies in the past. Many of them failed in the process of scaling due to technological limitations.

RELATED: Here’s what ITU is doing to build trust in digital financial services

When more and more people started to join these networks the administrators found themselves unable to prevent malicious behavior of some few members (mainly, the counterfeiting of the paper-based currencies that they used). Also, the fact that those currencies were totally analogic made it very hard to monitor the performance of the network and to quickly tackle the problems that arose.

Using digital technologies makes these systems more secure and easier scale. However, if the system remains centralized the security and transparency of the currency could be under threat. We believe that blockchain provides the tools Moneda PAR needs to become a monetary solution for those that suffer financial exclusion or financial exploitation.

Why do people prefer to use MonedaPAR over hard currency?

Moneda PAR was born as a solution to a liquidity crisis that Argentina was going through in 2017 (and that unfortunately it is still suffering).

As it happened twenty years ago, the decision to create a complementary currency is a direct consequence of the lack of hard currency. 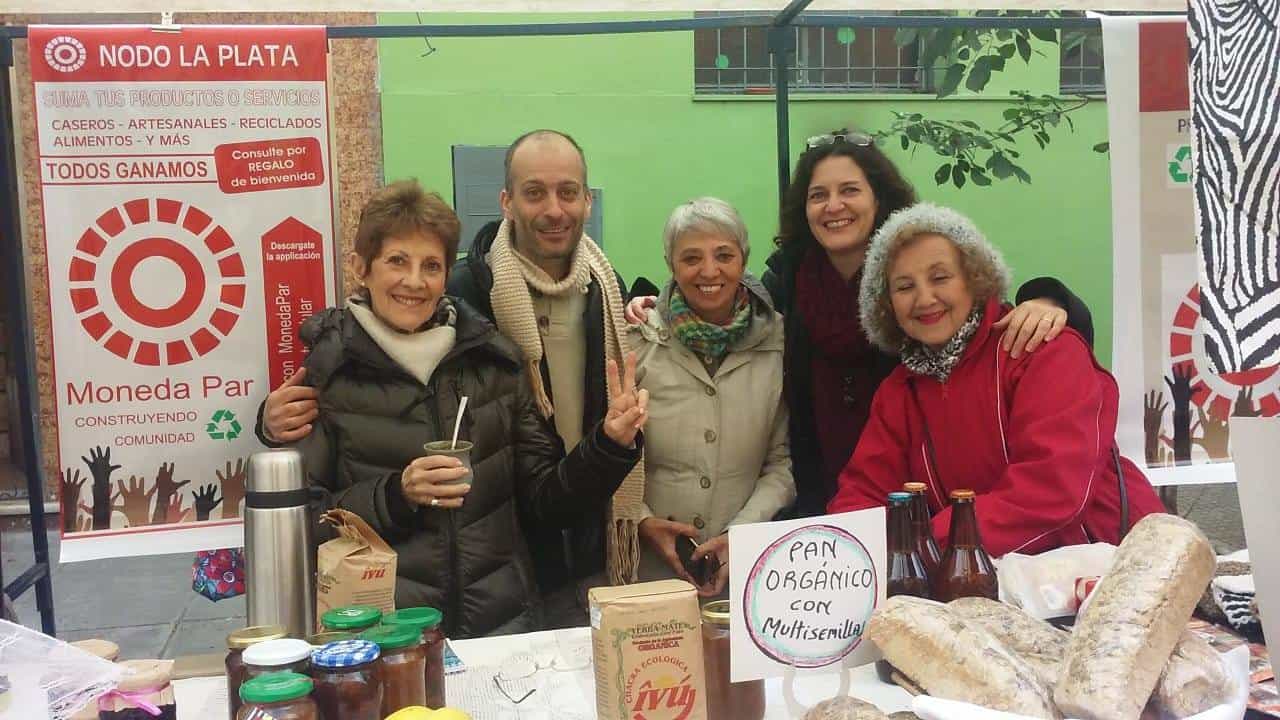 Money and credit (which is usually denominated in the same unit of account than money) are the cornerstones of a well-functioning market economy. If there is no credit, producers and entrepreneurs cannot create wealth. If there is no money, people cannot exchange what they have for what they need. The benefits of the division of labour are thus broken down.

In such a situation, people tend to organize and find new ways of keeping things going.

What is the verification process for people and sellers that would like to use the MonedaPAR blockchain solution?

Moneda PAR is geographically distributed in nodes. Each node has a body of administrators that, among other activities, are in charge of the admission of new participants.

RELATED: ITU issues guidance on the adoption of blockchain

Whenever someone wants to join the network he has to introduce himself to the node, explain what he produces and how he will pay back the credit he is asking for.

It is this body of administrators that decide if the candidate meets the requirements defined by Moneda PAR.

However, in order to make the system more scalable, we are planning to change this procedure and replace it with the web of trust model. It is our goal, also, that in the medium-term Moneda PAR is governed as a decentralized autonomous organization.

What provisions are in place to prevent someone from going PAR ‘bankrupt’?

First of all, no user can go below the level of credit allocated by the node.

Since all the transactions and balances are publicly accessible it is possible to know at every point of time what users are indebted and for how long they have been. Each node has the obligation to control that the participants to whom they have granted a credit are using the system in a good manner.

It is important to note, however, that a virtuous member of the system is not necessarily someone with a positive balance.

Since the goal of Moneda PAR is to increase the volume of transactions (because, at the end of the day, this implies that more people have had the opportunity to work) we do not care too much about users with negative balances but about users that regardless their balances are not being very active.

How have you expanded so far and how do you see this peer-to-peer solution expanding?

Right now, Moneda PAR is being used in eight different cities of Argentina in the domain of what is called the grassroots economics.

We intend to keep on working in this segment of the society because it is where people suffer most the lack of liquidity. However, we also want to establish a stronger link with the cooperative sector, which is very strong in our country.

We believe that by means of an alliance with the cooperatives it would be possible to build a market where not only people can access the goods they need and at a fair price, but also a more democratic monetary system that reverses the equation.

We believe that it is money that has to be at the service of the people, and not the other way around, as we see it today.

X
How to attract next-generation technology: a look at Switzerland’s ‘Crypto Valley’…Emerging TrendsBy ITU News A small city in the heart of Switzerland, nestled among picturesque mountains and a crystal-clear lake, is far from what you might expect …