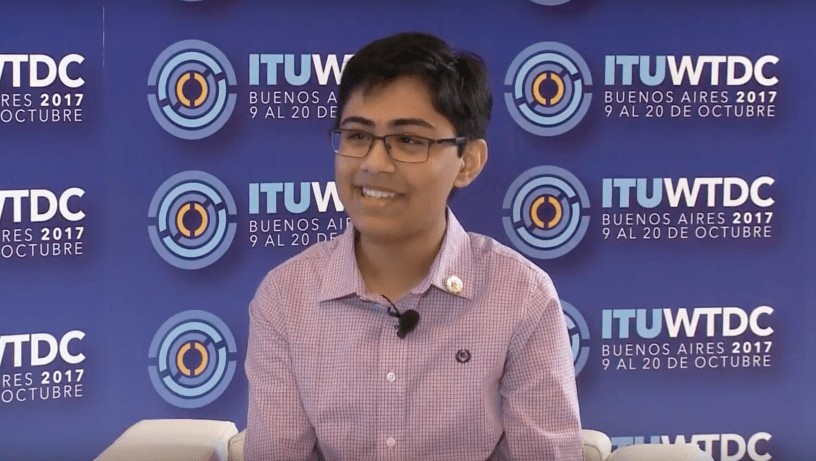 How artificial intelligence will improve our lives: Tanmay Bakshi (VIDEO)

Thirteen-year-old software developer and self-described ‘algorithm-ist’ Tanmay Bakshi is at the World Telecommunication Development Conference (WTDC-17) in Buenos Aires, Argentina, to promote his message about the promise of artificial intelligence (AI) to improve lives.

After continuing to develop other apps, Tanmay said his passion for technology was dampened by its rigidity and how it becomes obsolete immediately after creation.

In searching for something less literal, Tanmay discovered an IBM Watson documentary on AI. The capabilities of AI fascinated him and he started working with IBM Watson shortly thereafter for an initial AI project called AskTanmay.

RELATED: How we can better use tech to improve lives in least-developed countries

Tanmay’s main message here at WTDC-17 is the importance of getting more people to open up and adopt these new technologies, and to future-proof their economies.

“[AI] is not only the future of technology but of the digital economy itself.”

With regard to the current concerns about AI, Tanmay argues that AI was not made to replace humans, but to augment and amplify our capabilities.

“[AI] is able to bridge that gap and take what computers are good at — which is massive data crunching and processing — and taking what humans are good at, intelligence, and merge them together into this really fine piece which has a lot of advantages but a few drawbacks as well,” he said. “I’m sure within the next few years, practically everything we do will be made much more efficient way.”

Looking forward 10 years, Tanmay believes that AI will take away the mundane, repetitive tasks for humans and allow us to focus on where human intelligence is required most.

How artificial intelligence will improve our lives: Tanmay Bakshi (VIDEO)

Share via
How artificial intelligence will improve our lives: Tanmay Bakshi (VIDEO)
https://news.itu.int/artificial-intelligence-improve-lives/
X
ITU-D celebrates 25 years of progress by looking forward…Emerging TrendsBy ITU News The ITU Telecommunication Development Sector (ITU-D) celebrated its 25th anniversary in style at a Gala Dinner in Buenos Aires, Argentina …
Send this to a friend