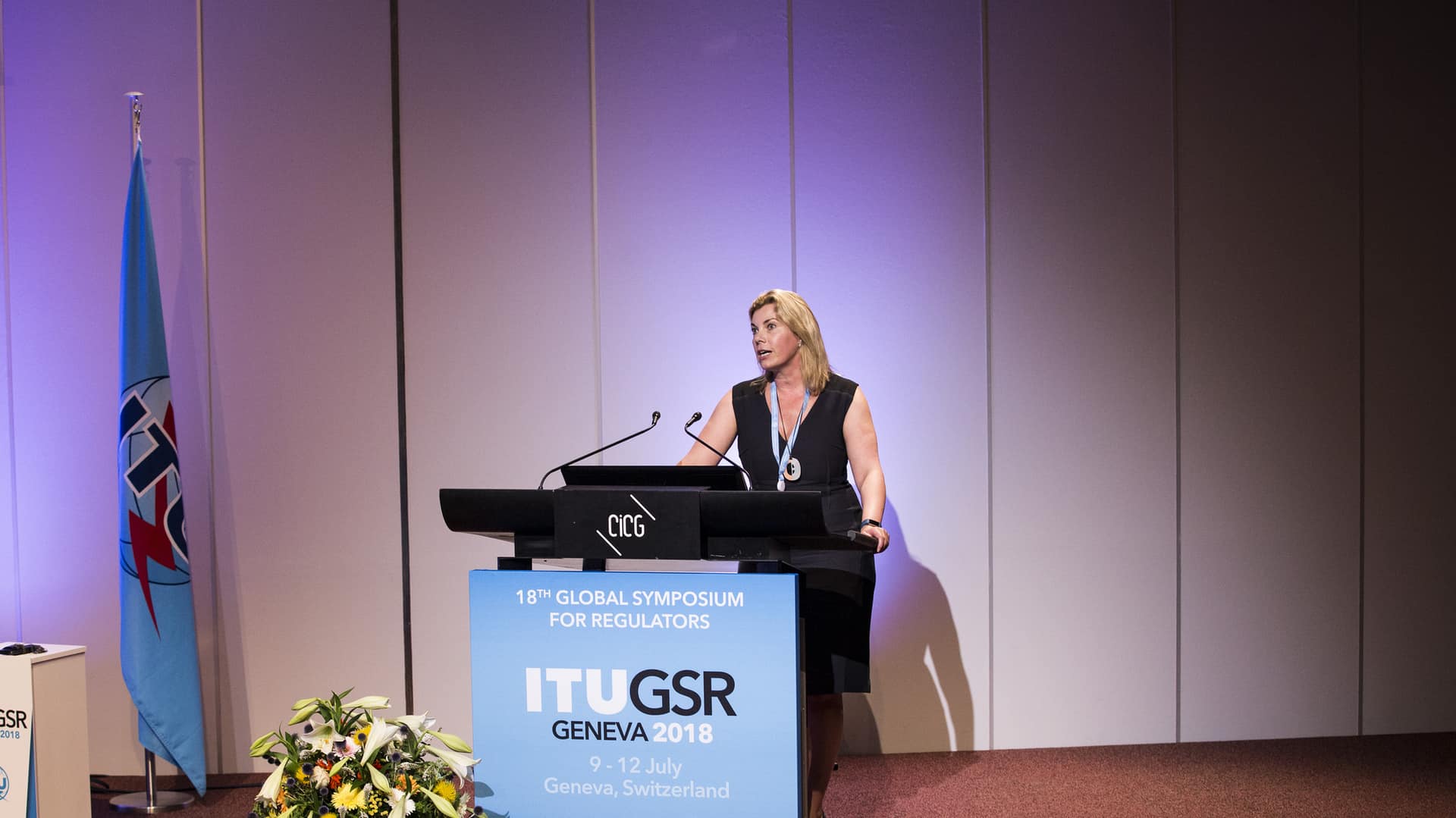 How AI will disrupt the world as we know it: Anastassia Lauterbach

The days when Artificial Intelligence (AI) was a niche technological possibility are long behind us.

AI is one of the most powerful technologies on this planet, and it has incredible potential to disrupt and define our businesses, societies and lives, said Anastassia Lauterbach, author of The AI Imperative, in a video interview at the Global Symposium for Regulators (GSR-18) in Geneva last week.

‘Eighty percent of the economy is getting transformed by Artificial Intelligence as we speak.’ – Anastassia Lauterbach, author of The AI Imperative

The Internet has already disrupted about 20 percent of global economy, and AI will transform the rest, Lauterbach says.

“That means that 80 percent of the economy is getting transformed by Artificial Intelligence as we speak,” she said.

This is the case even though AI is not, by some measures, all that intelligent yet, Lauterbach says. Some compare the technology’s intelligence to that of a 4-year-old, while others compare it to that of a rat.

Still, of the top 10 most valuable companies, five brands are about AI: Alphabet, Apple, Microsoft, Amazon and Facebook, Lauterbach says.

RELATED: How AI can help detect and prevent diseases (Q&A)

“Artificial intelligence is something incredibly practical,” she says. “It’s getting embedded everywhere. It doesn’t matter whether you are in a medical profession or in manufacturing or even in agriculture, you will have to deal with Artificial Intelligence applications.”

One of the main considerations for AI is security, Lauterbach says. Vulnerabilities in AI could allow hackers to input false information or change algorithms, among other threats.

‘Everything happens by design.’

“Like every technology, being neutral, AI is getting into the hands of criminals,” she says. “This is something regulators need to be smart about, think about, and observe.”

Compounding this issue are fears about “black boxes,” systems in which algorithms have made internal decisions that engineers can’t fully explain.

To address this, Lauterbach says, it’s important to realize that nothing about AI is static. The industry must continue to invest in research, refine the technology and share knowledge, she says.

“Everything happens by design,” she says. “Who is in charge of design? Humans.”

Another key consideration when developing AI and creating policies and regulations to address it is the issue of bias, Lauterbach says. If algorithms are not created to be inclusive, they could contribute to inequalities and thus would not be effective in helping the world, she says.

“AI has a capability to scale everything we are about as humans,” she says. “So if you have a team of only white male developers or only Chinese male developers, then you will get a data set or some algorithms that are wired according to preferences, habits and thinking processes of those groups.”

‘We need input of multiple groups in society and industry and in regulatory work.’

The AI community must address these questions of inequality and inclusion as the technology continues to evolve and become more pervasive, she says.

“We need input of multiple groups in society and industry and in regulatory work to contribute to the world we actually want to have instead of complaining and expecting what might happen.”

A larger AI strategy of teamwork that includes technologists and experts from multiple disciplines and from multiple backgrounds and age groups can help ensure a “more robust interconnectivity in our ecosystem,” she says.

“None of the technologists is a Swiss knife,” she says. “You need multiple faces around the table.”

It’s also important that stakeholders continue to develop a shared language and understanding of AI to allow the technology to evolve while addressing concerns of security and inclusion. Events like GSR are key to continuing this dialogue, she says.

“I’m not a huge believer we will have another AI winter because we just have so many resources and so many people and companies interested in this technology,” she says. “It will never stop.”

X
How flying cars could shape urban mobilityArtificial IntelligenceBy David Alexander In 2011, Peter Thiel confronted his Silicon Valley peers with this observation: “We were promised flying cars, but instead we got 1…

How AI will disrupt the world as we know it: Anastassia Lauterbach

Share via
How AI will disrupt the world as we know it: Anastassia Lauterbach
https://news.itu.int/artificial-intelligence-disrupt-anastassia-lauterbach/
X
The future of the Internet of Things will be ‘EPIC’…Emerging TrendsBy ITU News Georgia Institute of Technology’s Center for the Development and Application of Internet of Things Technologies (CDAIT) recently released …
Send this to a friend