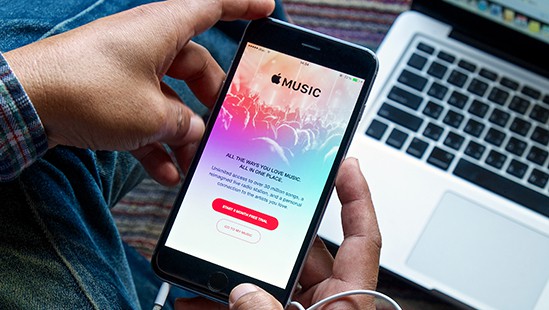 Apple has new plans to create its own original content by courting Hollywood producers and television executives, according to a Wall Street Journal report that is making waves in the tech and media industries.

Rather than competing with the likes of Netflix, the move appears to be aimed at driving subscriptions to the USD 10-per-month Apple Music service to diversify revenue after global smartphone sales worldwide have plateaued this past year. (Apple Music has reached 20 million subscribers in less than two years, but trails rival Spotify, which has roughly double that amount. Adding TV-like video should help Apple Music attract more subscribers.)

The move reflects the rapidly increasing convergence of the information and communication technology (ICT) and media industries.

Similar to the convergence of ICT and financial services and ICT and the auto industry, the media-ICT convergence is being powered by the explosive global growth in the use of mobile devices, particularly the rising demand for data-intensive video streaming.

Realizing the power of high-quality, locally relevant content to attract and retain customers, ICT companies are increasingly scrambling to capitalize on this growing demand by acquiring, merging or partnering with media companies.

The proposed USD 85.4 billion mega-merger between AT&T and Time Warner is a prime example. As we mentioned last month, if approved, it could trigger a wave of media-communications consolidation that helps give cable and wireless providers the content they need to innovate more quickly as they launch new mobile and digital services needed for growth.

The media-ICT convergence will also have important global implications, including in many emerging markets where lack of locally relevant content is sometimes crucial to connecting the unconnected.

Apple has long toyed with different ways to enter the entertainment business and, according to some tech analysts and columnists, it may have found its way with this HBO-like model it will reportedly roll out.

“Apple Inc. appears to have finally figured out how to become an entertainment programming company — and it didn’t have to buy Netflix or Time Warner to do it,” writes Bloomberg tech columnist Shira Ovide, a former reporter for the Wall Street Journal, who lays out some of Apple’s previous forays into media and content.

“This time, Apple is trying to become HBO, not Netflix and not a cable company. Think about it: HBO is an enviable media business thanks to a handful of buzz-generating shows for which people are willing to pay $15 a month to add to their cable TV lineup or their internet programming bill. Apple’s choice of a similar path has the benefit of not requiring the cooperation of wary big media companies. And an HBO-like video offer is ideally suited to the profound shift in media consumption away from traditional TV and toward smartphones. It’s also far less expensive than than the $60 billion or more it would take to buy Netflix.”

Others, however, are less impressed with Apple’s new gambit, arguing that successful moves into content require substantially more focus and investment.

“According to the WSJ report, Apple will not spend the hundreds of millions of dollars it would take to really make content competitive with streaming top dogs like Netflix and Amazon—to say nothing of HBO,” writes Michael Nunez in Gizmodo. “If the success of Amazon and Netflix programming has taught us anything, it’s that the only way to make good video content is to go all in.”

Others say Apple is late to make such a move.

“It remains to be seen whether this is a meaningful move into original content, a space where you’ve already got firm No. 1, Netflix, and Amazon pouring in billions of dollars,” Colin Gillis, senior technology analyst and director of research at BGC Financial, told CNBC. “Apple clearly is late.”

That remains to be seen, but the increasing convergence of the ICT and media industries is a trend that we’ll be watching as it has tremendous implications for the types of services that will be delivered, the ability to connect to new audiences, and even the types of networks built to power the new data-intensive customer demands.