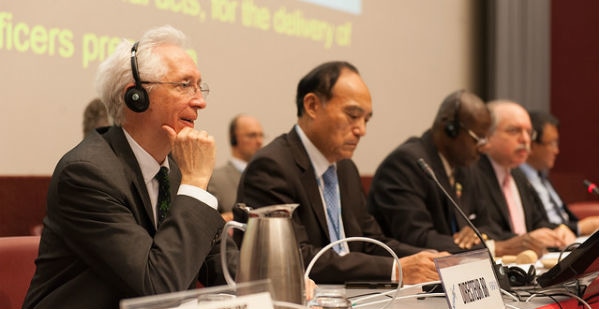 Allocating spectrum for a changing world: #WRC15 in review

The 2015 World Radiocommunication Conference(#WRC-15) concluded last week, paving the way for the future of radiocommunications. The decisions made at WRC-15 enable the smooth development of all radiocommunications services including mobile broadband, satellite delivery, television broadcasting, scientific services and emergency services. The conference will permit the deployment of new technologies, helping to deliver cheaper and wider services such as broadband Internet, while protecting existing and future investments for services and technology that have already been implemented and provide services universally.

WRC-15 was a very successful conference, covering a wide range of important issues that everyone will benefit from. It was the culmination of four years of preparation, which included many meetings and extensive studies. Over 3300 delegates from more than 160 countries met in Geneva throughout the month of November to find solutions to a number of complex and contentious issues, and to agree on a single set of new regulations for these topics. The Final Acts, which were signed by all of the participating countries on the final day of the conference, will come into effect on 1 January 2017. 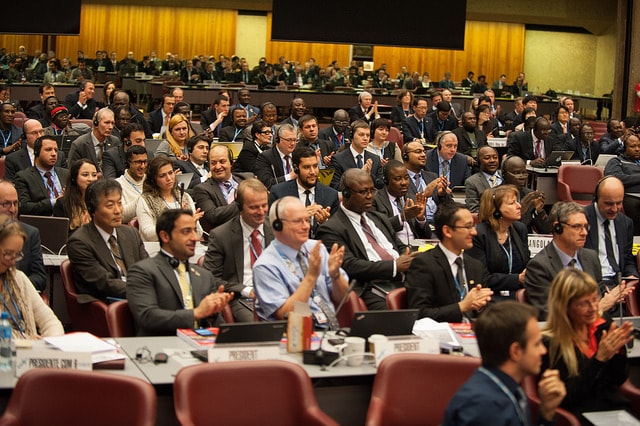 Some of the key outcomes of the 2015 World Radiocommunication Conference include:

This blog is edited from Mr François Rancy’s interview on the outcomes of WRC-15. Listen to the conversation in full here. For a full round-up of information from the recent #WRC15 conference please visit ITU’s WRC-15 Newsroom. 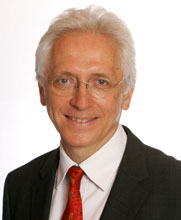 Mr. Rancy was elected by the ITU Plenipotentiary Conference in 2010 (PP-10) to the post of Director of the Radiocommunication Bureau (BR) of the International Telecommunication Union, and was confirmed in a second term during the ITU Plenipotentiary Conference in 2014 (PP-14). As Director, Mr. Rancy is responsible for the management of the Radiocommunication Bureau which organises and co-ordinates the work of the Radiocommunication Sector whose aim is to ensure the rational, equitable, efficient and economical use of the radio-frequency spectrum and the geostationary satellite orbit. Previous to taking up his duties at the ITU in January, 2011, he was Director General of the French Agence nationale des fréquences. Since 1995, Mr. Rancy has served as the head or deputy head for national delegations at many ITU conferences and meetings. Mr. Rancy graduated from Ecole Polytechnique in 1977 and from Ecole nationale supérieure des télécommunications in 1979.

Allocating spectrum for a changing world: #WRC15 in review

Share via
Allocating spectrum for a changing world: #WRC15 in review
https://news.itu.int/allocating-spectrum-changing-world-wrc15-review/
X
Driving scalable digital financial servicesDigital FinanceBy Sacha Polverini Ahead of its Group meeting in Geneva on 14 December, Sacha Polverini, Chairman of ITU’s Focus Group on Digital Financial Servic…
Send this to a friend