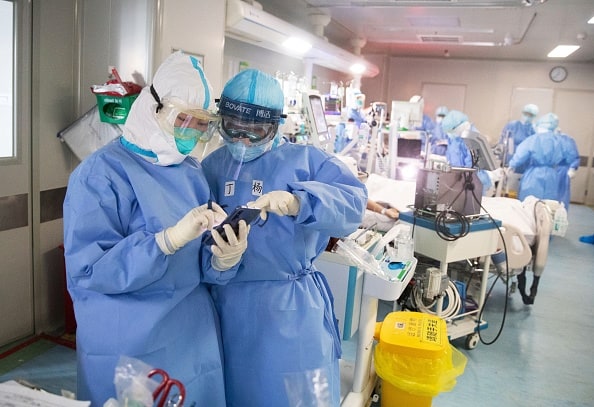 Globally, 400 million people are affected by 7,000 rare diseases – 95 percent of which do not have an approved treatment today. [SOURCE?]

ITU News spoke to Dr. Tim Guilliams, co-Founder and CEO of Healix, a start-up that uses AI to help find treatments for rare diseases quicker and more efficient. How? By repurposing existing medical interventions. [NEED A BIT MORE UP FRONT ABOUT WHAT EXACTLY ‘REPURPOSING’ MEANS AND HOW AI IS USED.]

ITU News: Can you tell me about Nick?

We met Nick in 2014. He was re-purposing a weed killer [HUH?] to try and save his children [HOW?], who are affected by black bone disease. That’s ultra-rare; I think there are 200 patients worldwide. So there’s no commercial incentive at all and it’s pretty debilitating disease.

His two kids had this ultra-rare mutation, and so he went on a journey to find a treatment, raised over GBP 10 million, launched clinical trials. It’s now in phase three.

He is an exceptional father and person. When we heard his story and met him, we realized that he was not alone; there are over 400 million families in almost the same situation.

Nick inspired us, but also he drove the model [HOW?  WHAT DOES THAT MEAN?] that we’ve put together. So for every project, we always start with a patient group. We don’t even start a project without the patient group partnership because in rare diseases, they are the experts.

We’re a tech company, so we don’t have labs, everything is outsourced.

To analyze the diseases is actually quite scalable. We run algorithms that can go through the 7,000 [diseases]. So we have selected the best ones to work on based on the data that there is, the quality of the data, the clinical trial centers, the models to test the treatments, how good the patient groups are, how proactive they are. We can actually do that at a pretty good scale.

On the drug matching side, it’s the same thing; we use algorithms to predict the drugs.

We’ve had 100 percent success rate so far, which we didn’t expect – we expected 25% of our programs to work. It’s working really well, so now we’re scaling. This year, we’ve raised a total of US$ 66 million. We did a series A last summer [which was] UD$ 10 million. Then we had one success after the other, and investors approached us to do another series B – US$ 56 million on top, really quickly. So it’s an exciting time.

ITU: How many diseases have you looked into so far?

We’ve launched 10 programs. What we do is we re-test the top 10 or 20 predictions and then we go to preclinical testing. From that, we always have between three to five positive hits but we only need one. We’re actually having too many possible drugs per disease, which brings out a different challenge.

ITU: could you take me through, step-by-step, how the process works?

We work in clusters, so we work on closely related diseases so you build expertise. So when we say we’re going to do 100 by 2025 or 50 by the end of 2021, they’re not all completely different diseases.

We let the algorithms decide which diseases we work on and how you find links between diseases. Then we crunch all the data. So there are kind of two buckets. One is around anything captured in text – in patents, clinical trial records and scientific publications. And then we’ve built a biomedical rare disease knowledge graph. A knowledge graph is a database of relationships. So when you do your Google search, that’s based on a knowledge graph; so you can ask questions and on the top tree, you get your answer.

From the known relationships, you can predict new relationships. So we ask our knowledge graph what the best drug is for the disease, and we get the ranked list. So it’s really like Google!

The other bucket is something we called, uh, [[omix]]. That’s kind of your biology 2.0 – your genome, your proteome, transcriptome, your metabolome, the list continues. And we build multi omic models per disease, where we really try and understand what the disease biology is and then which drugs can reverse from a disease profile to healthy one. That’s a really exciting, it’s just the beginning.

ITU: Can you explain some of the regulatory hurdles that you have faced?

We’re quite fortunate in a sense because we focused on rare diseases, so you have the orphan drug designation and that has slightly different regulations.

Because we use existing drugs that have already been approved and are safe, we can go straight to phase 2a, so we skip a few steps. Then there’s something called a 505 B2 regulation, which allows you to use the safety data from previous trials and apply it to your trial because the drug is known and safe. So we’ve really shortcut the process as much as possible.

ITU: In terms of the tech regulation, have you faced anything there?

Not yet, because we don’t work with individual patient data yet. Here we are in the R+D phase, so we just predict [the treatments], test them, and then go into clinical trials.

ITU: In your opinion, what is your biggest success to date?

It’s validating the platform so that we can find a disease where there is no treatments, crunch the data, make predictions, and also combinations that’s really tough computationally, and then test them and see that we have such high success rates.

ITU: When you’re looking at like the future for Healix, what is your hope?

We think there’s a massive space for drugs that people can afford and healthcare systems can reimburse, so that’s what we’re after.

X
Studies on the use of frequency bands above 275 GHz by land-mobile and fixed service applications…5Gby José Costa, Director, Wireless Access Standards, Ericsson *This article was originally published in the recent ITU News Magazine edition “Managing …

Share via
AI startup hopes to discover treatments for rare disease – and make it affordable
https://news.itu.int/ai-startup-hopes-to-discover-treatments-for-rare-disease-and-make-it-affordable/
X
WRC‑19: Driving the growth of satellite broadband…Broadband/Networkby Kathryn Martin, Director, Asia and the United States, Access Partnership *This article was originally published in the recent ITU News Magazine edi…
Send this to a friend