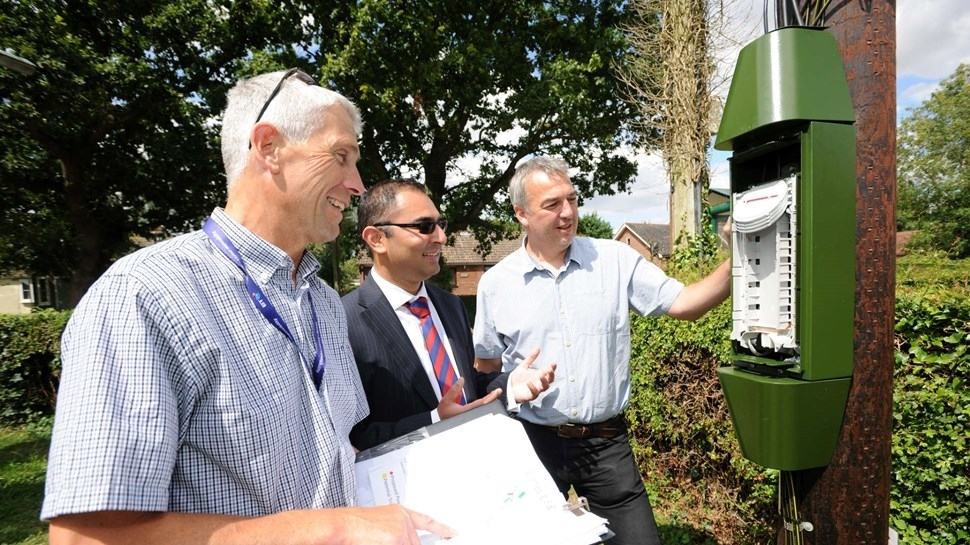 NetCologne, the regional ISP and telco in the German city of Cologne, has announced the start of its G.fast pilot phase. Using technology jointly developed by ZTE and NetCologne, the trial should see transmission speeds reach 1Gbit/s. Whilst these speeds have already been achieved in lab conditions by the partners, they now want to replicate the success with live network connections under real-world conditions.

The operator will deploy a new type of digital subscriber line access multiplexer (DSLAM) from ZTE, which fulfils the requirements of G.fast, and which will be implemented and installed as an interconnection point in building basements. The new DSLAM utilises a significantly larger frequency spectrum than the existing FTTP DSLAM and should enable data rates to increase by a factor of 10 to reach the 1Gbit/s target.

The ITU-T G.9700 specification defines that G.fast can operate over the frequency spectrum from 2MHz to 106MHz. Because this overlaps with the VDSL2 spectrum (in the 0.14MHz to 17.7MHz range) it is important to preserve spectrum compatibility and avoid interference between the new G.fast and existing VDSL2 signals.

During the pilot phase in Cologne, all speed profiles up to 1Gbit/s are being tested using connections with different customer terminals. The live tests with ZTE’s first generation G.fast chip utilise the frequency band up to 106MHz. However, the vendor’s second generation chip will double this frequency range and increase the upper end to 212MHz.

G.fast technology will be available in the NetCologne network over the year and is expected to serve around 260,000 households – so long as buildings have a direct fibre connection from NetCologne. Further expansion of the G.fast network is envisaged for the future.

One of the pioneers of G.fast is UK operator BT. Whilst the telco has nothing new to report, it is worth repeating some of its latest findings from its various technology and service trials (the photo above is from recent network trials in Suffolk, not too far from its R&D centre).

The original vision for G.fast was to deploy the technology at network distribution points (DP). The typical distance from the DP to the home in BT’s network is around 35m, which is ideal for 1Gbit/s G.fast services (although likely to be offered at a premium price).

However, trials have shown that G.fast has the potential to deliver several hundreds of megabits on longer loops. The typical distance from a cabinet to the customer premises is about ten times longer than the DP distance, at around 350m. Therefore, extending the reach of G.fast towards 350m  makes these existing cabinets (or Primary Connection Points, to give them their correct name) ideal for reaching larger volumes of users – important as BT is under pressure to deploy at least 500Mbit/s to most of the UK within the decade.

G.fast is still very much in the development and experimentation stage and we continue to see various different trails and test deployments under a range of scenarios and conditions. Meanwhile, the next evolution of copper-based networking continues apace, with early telco lab and closed trials starting.

Telekom Austria’s local subsidiary A1 carried out a demo this week on XG-FAST technology, the next iteration of G.fast that is being developed and heavily promoted by Nokia through its Bell Labs work. Working with Nokia in Vienna last week, A1 achieved transmission rates in excess of 10Gbit/s on its fixed line copper network.

The test was, understandably, somewhat limited. It used a 30-meter long copper cable and test equipment supplied by Nokia Bell Labs to demonstrate the viability of using pre-existing copper cable between roadside pavements and buildings, or between the basement of a building complex and its apartments to reach these ultra-fast speeds.

“In urban areas in particular, demand for ultra-high-speed broadband services with data transmission rates in excess of 100Mbit/s is growing faster than an area-wide high-speed fiber optic infrastructure can be completed,” said Sascha Zabransky, Director Group Technology & Future Services at Telekom Austria Group. “XG-FAST enables us to bring fiber-optic speed Internet to our customers over our existing telephone copper wires.”

Zabransky is quick to point out that this is not a change of direction for the telco, and that the Group remains committed to its long-term vision to bring fibre lines to every home, but until that happens “XG-FAST will serve as a smart bridging technology”.

A1 intends to install high-speed fibre lines to a node in the cellar of the building or the boundary of the property, which then connects with customers’ existing copper lines. The telco says that the test carried out this week shows that it can bring copper-based ultra-high-speed broadband to its customers “in a few years’ time”.

At the end of last year, Nokia achieved data throughput speeds of more than 8Gbit/s over a 30-meter twisted-pair copper cable in Australia, at the labs of the NBN in Sydney. A 5Gbit/s peak aggregate speed was achieved over 70 meters and Nokia stated it would “eventually support 2Gbit/s or more at 100 meters,” enabling longer distances to effectively cover buildings and clusters of homes without the need to rewire.

X
Accelerating the UN’s Sustainable Development Goals through AI…Artificial IntelligenceBy Stephen Ibaraki Continuing on from Mobile and Cloud First, “AI First” is quickly becoming a top solution strategy for industry and governments, as …