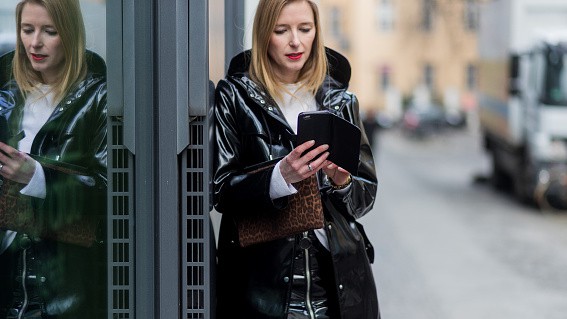 5G trials and use cases: Top 5 trends to watch in the next 18 months

There’s no small amount of hype surrounding 5G. Much of it will continue to be marketing spin. But the next 18 months will also see a rapid maturing of the mobile communications technology that will power tomorrow’s digital economy.

Far more than just faster speeds on mobile devices, 5G is expected to have a transformative impact as it fuels the Internet of Things (IoT) era. Hard deadlines to show off new 5G technology are spurring a flurry of trials. And new use cases will soon drive new business models.

While 5G standards are not expected until the year 2020, here are some of the top trends we can expect to see.

The next 18 months will likely see high-profile trials of 5G technology, including at events such as the Winter Olympics in South Korea (February 2018) and the FIFA World Cup in Russia (June/July 2018), say experts such as Daryl Schoolar, Practice Leader for Next-Generation Infrastructure at Ovum.

The set dates for these events push stakeholders — both mobile operators and their vendor partners — to meet hard deadlines for developing their 5G devices and networks.

Julian Watson, Senior Principal Analyst for IoT at IHS Markit, agrees that we will see continuous trials. “Never before have mobile operators deployed mobile services above 6GHz, so they’re in completely new territory,” he says.

Watson adds that lower bandwidths will be important to operators as well. Compared to small cell networks, these represent a less expensive route for providing coverage to less-densely populated suburban and rural areas. T-Mobile USA’s plan for building a nationwide network at 600 MHz is a prime example of this. Schoolar adds that “macro” cell development could be accelerated by the T-Mobile deployment, because the other operators won’t want to be left behind.

“It’s very important to say that 5G hasn’t been standardized yet,” cautions Watson. “There will be some pre-5G deployment — operators saying, ‘We’ve used this spectrum to offer slightly-higher bandwidth services, and we’re going to call this 5G.’ This happens with every new technology… it’s just marketing spin.”

Schoolar agrees that there is some muddling around the ‘5G’ term. He points out that the designation isn’t based on the technology, but rather on meeting certain performance criteria. The delineation of what is or isn’t “real” 5G will be further complicated by the fact that the initial standard being developed envisions a LTE (4G) network as the base framework, referred to as “non-standalone,” so what’s called a 5G network won’t be expected to be 5G from the ground up, at least at first.

Watson believes we’ll see some commercial launches by the end of 2018, with consumers paying for what is called a ‘5G’ service. From an international perspective, the U.S., Japan, South Korea and China are the primary drivers here.

3) Development of use cases

An important question Watson hears some people asking is: “Do we really need 5G?”

Indeed, enhancements to existing LTE technology will dramatically increase its speed capabilities, making it more suitable for bandwidth-intensive and low-latency applications, including mission-critical uses such as body cameras for emergency staff — one of the uses frequently discussed for 5G.

There is, however, another use case for 5G that doesn’t require high bandwidth — the massive Internet of Things (IoT). The low data requirements for sensors deployed in a remote area to monitor soil moisture or air humidity, for instance, have more to do with coverage, range and long battery life.

To a certain extent, these applications are supported by existing 2G mobile technologies, but 2G networks are in the process of being switched off. 5G is the longer-term solution for when there will be potentially billions of devices connected.

In the meantime, Watson says, new low-power WAN standards such as NB-IoT and Cat M1 are being deployed for IoT applications — and it’s quite possible that these will become subsumed into a future 5G standard. Both AT&T and Verizon have recently deployed nationwide Cat M1 networks, and are in the process of marketing them. “We are at the very early stages, but I think it will really pick up in the next 18 months or so,” Watson says.

For his part, Schoolar does not believe that the use case for 5G is well developed yet. People may be discussing visions of connected cars and networked robots, but as he sees it, the bigger picture for 5G will be the development of new business models. He thinks that more mature use case discussions will happen as people get the chance to trial the networks over the coming months.

“If you’re dealing with a technologically sophisticated, large, industrial-type campus, they could actually build their own 5G network,” he points out. They might then seek to partner with an operator for services like off-network roaming.

Tony Pallone is a writer/editor for IEEE GlobalSpec.

X
Scalable, affordable and personalized education for all (VIDEO)…Artificial IntelligenceBy ITU News In education there is tremendous promise in terms of developing personalized, highly effective and measurable outcomes for people through …

5G trials and use cases: Top 5 trends to watch in the next 18 months

Share via
5G trials and use cases: Top 5 trends to watch in the next 18 months
https://news.itu.int/5g-trials-use-cases-top-5-trends-watch-next-18-months/
X
How ICT infrastructure is crucial to achieving the SDGs in the era of the fourth…Emerging TrendsBy LI Yong We are currently experiencing the onset of the fourth industrial revolution, which is significantly different from the ones that preceded i…
Send this to a friend