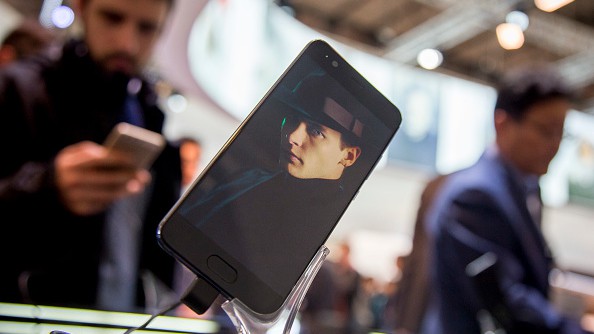 But as the dust settles after this massive event, which is often a beacon for where the biggest trends in tech are headed, what are the main takeaways? Here are five:

1. AI is everywhere – and a key to remaining competitive

AI is one of the next big growth areas for the mobile industry.

“We see AI making smart devices even smarter with improved user experiences,” says Ian Fogg, head of mobile analysis for IHS Markit. “Existing AI agents such as Apple’s Siri and Google Assistant will expand across the industry, complemented by embedded AI in all parts of mobile devices from cameras, to audio, to machines.”

Smartphones will be both the interface for consumer AI and deliver the vast amounts of data technology companies need to train AI systems, explains Fogg.

Software investments and partnerships are critical for hardware companies to create smarter AI-enabled experiences, according to a recent IHS Markit white paper. Vendors such as Google, Apple, Sony, Microsoft and Samsung have heavily invested in the development of their own AI and voice-assistant capabilities. To compete, smaller players with less in-house software expertise and resources will be looking to partner-up.

“As Amazon’s Alexa makes its way onto other devices, Google must and will increase the reach of its own assistant to all Android smartphones—reducing the differentiation for Google’s Pixel smartphone,” Fogg added. “Over five years since Apple’s Siri first launched, Apple must offer new AI-powered capabilities to remain competitive.”

2. The Spring of the smartphones

Fogg expects that there will be many smartphone launches this spring. “Those dependent on Qualcomm’s flagship 835 chipset will either pre-announce and ship late spring, hold off announcing (such as Samsung did) or ship now and use last year’s chipset (LG).” In addition, Fogg sees Google Assistant arrive on non-Google handsets, becoming a standard feature on most Android smartphones.

At the show, Sony’s Xperia X2 Premium wowed the crowds with its superior video quality based on a 4K display. Will the much-improved image offset the fact that it’s still not that easy to watch video of any length on the comparatively small form-factor of mobile devices, given our zoomy large living-room TVs?

“The latest mobile broadband upgrade for LTE was just launched by Telstra in Australia, and other major operators will be following,” said Fogg. “This is important for operators because they may need to alter their data tariff plans as a result, and, for those that launch early, it’s a way to differentiate their networks. It’s also a way for chipset companies to differentiate. Qualcomm is first just, but Samsung’s latest Exynos will also support it.”

It is also an essential foundation for 5G, so that users of 5G networks do not fall down too far in speed when their device falls off the early 5G networks.

According to Fogg, at MWC, “‘New Nokia,’ was the first proper launch of start-up HMD’s Nokia portfolio. The company is modeled similarly to how Apple brings smartphones to market. Nokia also revived the 3310-model brand. However, it must avoid nostalgia killing its attempt to create a modern company and brand.”

5. The amazing evolution of IoT tech

Finally, what’s a show or conference without a 50,000-foot view of the Internet of Things (IoT)? The IoT and connectivity had a major showing at MWC and we saw it most in the showing of automotive technology.

Connected devices and the IoT was a massive part of MWC this year — ranging from self-driving cars to voice assistants and everything in between. The proverbial shining stars were voice assist and AI technology. Telefonica’s AI Aura, Amazon’s Alexa and Google’s Google Assistant are providing expanded IoT interface and voice capabilities.

The real message in this show was that the underlying technologies are rapidly evolving, catching up with where they need to be. Once that wave of new implementations takes place, we’ll see the next lineup of barrier-breaking innovations.

Carolyn Mathas
@CarolynMathas is a technology writer/editor for a number of industry publications. She writes for the LED and Wireless Networking Design Centers on EDN, and previously several DesignLines and CommsDesign for EE Times. Previously, she was a Senior Editor at Lightwave Magazine and a West Coast correspondent for CleanRooms Magazine.

Share via
5 key takeaways from Mobile World Congress
https://news.itu.int/5-key-takeaways-from-mobile-world-congress/
X
Bridging the Standardization Gap: lessons from the Caribbean…Emerging TrendsBy ITU News “In perusing the work of BSG [ITU's Bridging the Standardization Gap programme], I was pleased to note that its main goals include address…
Send this to a friend